Was Adam Gase Un-fire-able during the 2020 season? 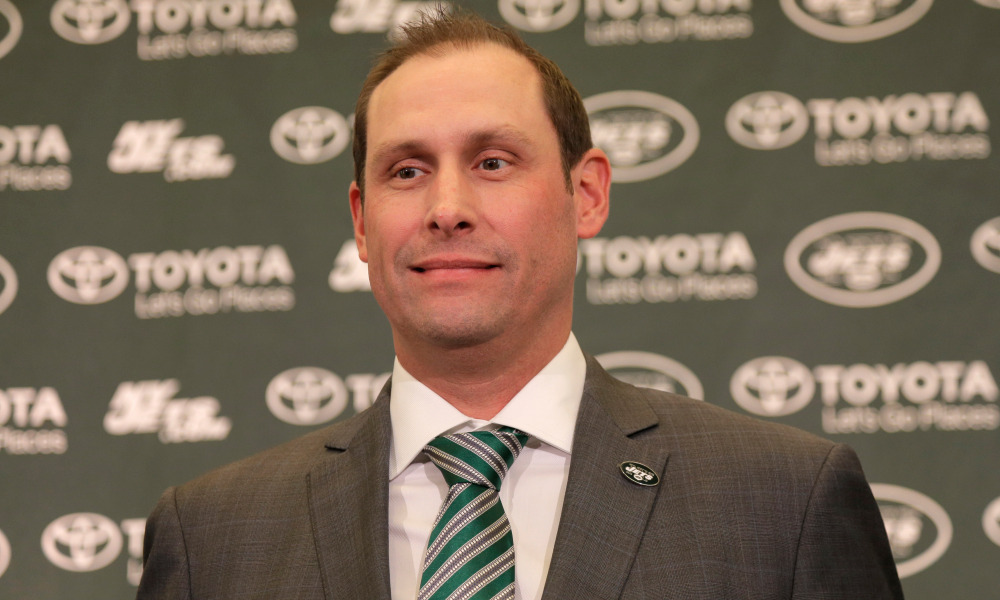 The Robert Salah era is firmly underway in New York and it has already yielded a sense of identity and key free agent signings to a team that desperately needed a vision. Let’s take a second to focus on the tumultuous 2020 season and ask a simple but really intriguing question, Was former New York Jets Coach Adam Gase un-fire-able during the 2020 season?

The hottest of hot takes and as long suffering Jets fan Adam Gase is and was VERY fire-able. Weird grammar aside, in the NFL the coaching seat can get warmer with every ticking second falling off of the game clock. With the nature of the game being so physical and tolling having the wrong coach at the helm for too long can be costly.

Bill O’Brien is example A. As a product of the Bill Belichick coaching tree, in 2019 he led Houston to a 10-6 AFC south title. This season, he was fired after an 0-5 start and wasted a year of Deshaun Watson talents who managed to finish 1st in passing yards (4,823) and yards per attempt(8.9). 2nd in completion percentage(70.2), passer rating(112.4) , and yards per game (301.4). The Texans finished 4-12 and Watson managed to have a career year (without Pro bowl wideout DeAndre Hopkins) with David Johnson, Brandon Cooks, Kenny Stills, and Will Fuller Jr. All talented players in their own rights I mean no disrespect but this my point exactly how having the wrong coach can be so detrimental to a team no matter the talent.

Let’s look at the stark contrast to the Houston Texans, The New England Patriots. Bill Belicheck is one of the best NFL coaches, this needs no elaboration. But this season was Tom Brady-less, Rob Gronkowski-less and all around talentless. It became clear as the season wore on the Cam Newton experiment wasn’t as fruitful as anticipated. The lack of receivers and mediocre run game left Cam with not much to work with but they still finished with a 7-9 record. Why is that? GOOD COACHING! Bill Belicheck is the best at neutralizing their opponents best player. Need proof? Weeks 12 and 13 against Arizona Cardinals and Los Angeles Chargers.

And in both games Cam Newton threw for less than 100 yards. In my research I came across this stat: Only 5 quarterbacks have thrown for less than 100 yards and won a PLAYOFF GAME. I couldn’t find any records of such in the regular season and winning a game. (on a side note if anyone has any info that I’d love to see it!) Cam and Coach Belicheck managed to do it in back to back weeks. Belicheck will never get fired, at least not at this point of his career. It would take something so monumentally crazy to occur. Show me an Owner or GM who would fire him and I’ll show you an idiot.

Let’s backtrack, we have a head coach who’s QB had a career year and he lost his job in week 5. On the other hand we have a QB who had one of his worst years as a professional and his job was fine. So how is it that I can make the claim that Adam Gase was un-fire-able this season, it’s simple. The captain has to go down with his ship!

The Jets were utterly talentless and completely inept on offense that it was actually intriguing to watch their games each week and see what was going to happen! It’s like if reality TV was actually reality TV. Every September is met with skepticism and clown-like optimism and this year was no different. Week 1 landed and the Jets were steam rolled by Josh Allen and the Bills. But what was more alarming was how misguided Sam Darnold and the Jets offense looked. PUTRID! Murmurs of this 2020 Jets team were met with the prospect of going winless. Here’s More of that clown-like optimism, “The Jets can be a good team in 2020, they just need to fire Adam Gase.” If I had a quarter for everytime that phrase was said, I’d have a lot of gumballs.

There were 2 points this season where it made sense to fire Adam Gase. After week 4 when they played Denver on Thursday night is date #1. It’s a shame the Jets can’t play Denver 16 times a season, they just might squeak a .500 record. They looked like a respectable football team and claimed their first lead of the season in the 4th quarter of that game. Dare I even say Sam Darnold even looked 65% decent! But even against a winless Broncos team they fell short. The team then had a long week of recovery and time to plan for week 5. On the outside this looked the best time to change the locks of Coach Gase and avoid a winless season because the prospect of that was starting to get increasingly real!

Week after week fans pleaded to just rip off the band-aid but it kept staying on. Fast forward 5 weeks and a Nick Folk game winning field goal later and the Jets were headed 0-9 into their bye week after losing to New England. The week came and gone, and Coach Gases’ keys still worked at 1 Jets Drive. It became abundantly clear at this point. If the Jets were going to make infamy Adam Gase could not have a scapegoat, no asterisk next to his name and no interim coach to finish the job.

Now we reach week 13, it’s so fitting something so preposterous would happen in week 13, that damn superstitious hex ladend number. Darnold engineered a 4th quarter comeback to give NYJ a late lead and after a tumultuous 14 play drive from Oakland that included a penalty nullifying TD. The Jets have once again managed to find a way to lose a game. But then something happened, Greg Williams and his D stood tall, forced a turnover on downs, and had the lead and the ball with less than 2 minutes in the game! What happened next is what I call “The Brady Effect.” The game is never over until all zeroes are on the clock. New York goes 3 and out to give Oakland one more shot at gridiron glory.

There is no need to overstate what happened next. Henry Ruggs III torched rookie CB Lamar Jackson for a walk off touchdown. It’s tough to pin this on Lamar he was set up to fail. DC Greg Wiliiams made one of the all time bone-headed calls and rushed 7 defenders, leaving 4 in coverage and hardly any safety help. My insides hurt, my head was spinning and the worst part was that Adam Gase was still not going to lose his job. Williams received the axe and the circus officially peaked. If the Jets were to go defeated Adam Gase had to be the face of it all. No ifs, ands, or buts. Two late season wins made no difference in saving Gase’s job, it just avoided infamy. Every circus needs its leader and no one could’ve played the role better.

For the record, I’m not one of those Jets fans that was rooting for the team to lose. I love this team and a win is a win. No matter if you have 10 or 2 of them. This game is taxing on the body and mind. Players sacrificed more in the 2020 season than any other previously. It is a massive disservice to the coaches and players especially in this covid riddled season to root for the team you support to lose all in the name of a better draft pick.

Joe Douglas didn’t hire Adam Gase, he just inherited him. Douglas had to navigate a sinking ship all season, he was playing poker with a short stack all year. Every move matters and each one needs to compliment the next before you eventually have to make a push and shove all your chips in the middle. With the exception of trading Jamal Adams, the trades of Steve McClendon, Avery Williamson, and Jordan Willis mid season for draft picks was playing short stack poker, small moves to win big.  The Jets are loaded with picks in a stellar draft class and it will be one of the most important drafts for the Jets franchise within the past 20 years.