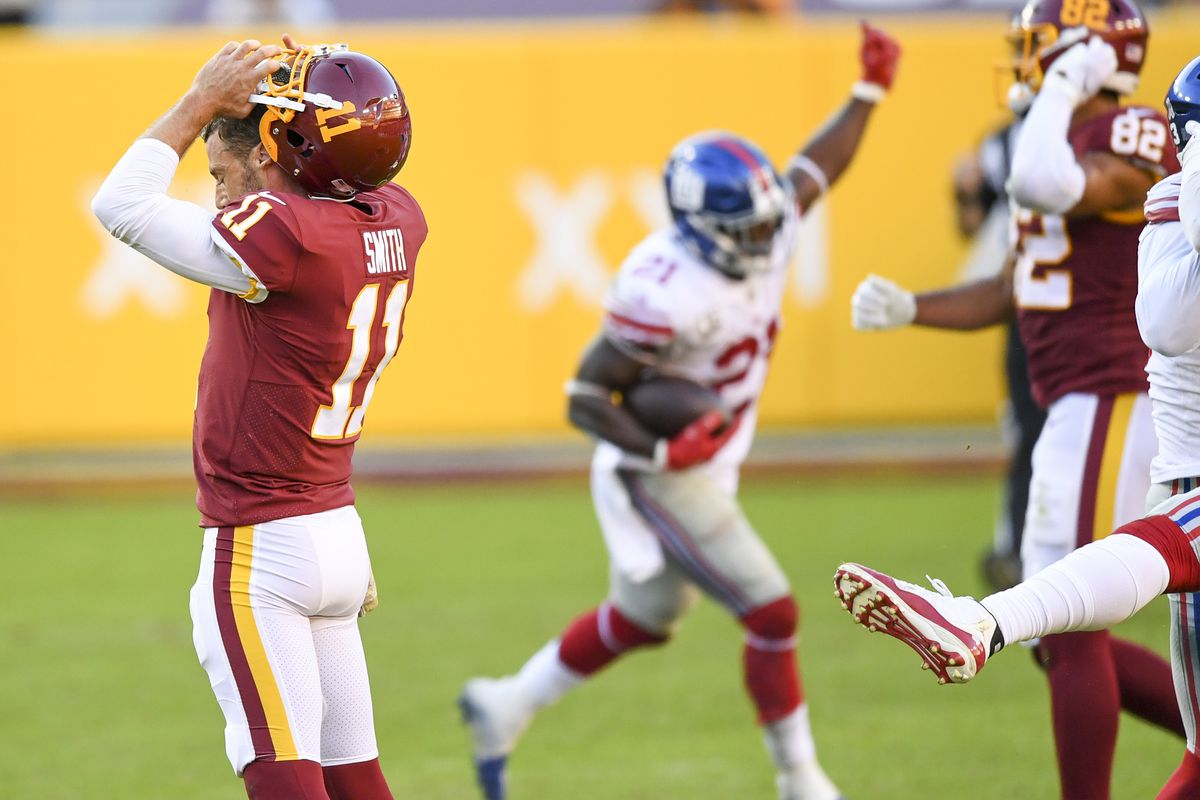 The Washington Football Team showed incredible strength and resilience on Sunday, but turnovers told the tail, and the Giants escape D.C. with a 23-20 win, just their second of the season.

Kyle Allen left Sundays game in the first quarter following a gruesome ankle injury. Alex Smith took over, already trailing by 10, and led the team to a field goal on his first series.

The transition wasn’t perfectly smooth, but Antonio Gibson provided some security with check-downs and Cam Sims stepped up in the second quarter. This allowed Smith to stay off the turf, spread the ball around, and get his bearings. At the end of the half, minus an explainable interception (receiver tripped late in route), Smith had found his rhythm.

Alex Smith finished the game 24/32, 325 yards, one touchdown and three interceptions. For a man playing only his second game since 2018, Smith played better than expected.

The second and third interceptions both came in the fourth quarter and are a bit more difficult to explain away.

The Washington defense kept the Giants out of the end zone in the second half, and Smith brought them back to within three points after a 17-point deficit, but the final pick, which Smith noted “hurt the most,” sealed the game for New York.

The Washington offense had a sense of urgency and excitement that appeared to be lacking through eight weeks. The highlight of the day came with just over ten minutes remaining when Alex Smith found Terry Mclaurin for a 68-yard touchdown.

The Football Team had two 100-yard receivers for the first time this season:

Smith addressed this small victory after the game, saying he enjoyed seeing so many guys get involved and that it was “a bright spot if there was one.”

Rivera quickly affirmed that Smith, not Haskins, would start next week against Detroit. During Sundays game, commentators noted that Haskins was inactive, meaning there was nobody to replace Smith had an injury occurred.

Following the game, Rivera ensured reporters that Haskins will be ready to back up Smith next Sunday, with yet another opportunity to put themselves in front in the NFC East.

How can the New York Jets Draft to get Back on Track?
Rivers struggles as Colts lose to Ravens