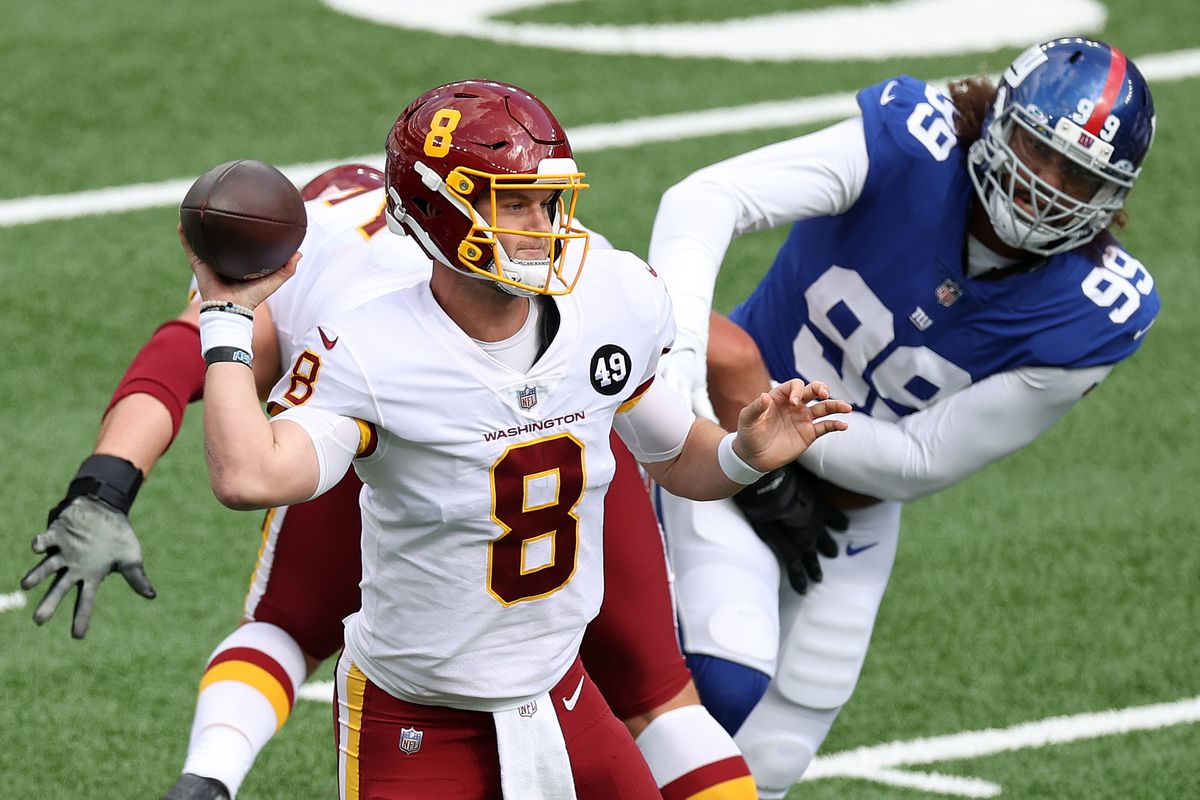 Oh how the mighty have fallen…

After starting the 2020 season with a commanding win over the rival Philadelphia Eagles, the Washington Football Team has lost five straight, sinking them below the one-win New York Giants in the NFC East.

Kyle Allen’s second start as a member of the Football Team wasn’t a disaster, but thats about the best it can be described. He managed to put together two long drives at the end of each half to keep the game alive, but a controversial two-point conversion attempt sealed the Football Team’s fate.

After Kyle Allen dropped a dime on Cam Sims in the back of the end zone to put the Football Team a point away from a tie, Ron Rivera sent the offense back out for a win-or-go-home play.

“I told them in the locker room, I said guys, I play to win. I told you guys that’s a part of my philosophy, the only way to learn to win is to play to win, and that’s what I want those guys to understand, that’s the mentality.”

Many questioned the decision, especially considering the offensive struggles during the game. However, a successful conversion would have put the Football Team atop the NFC East, and a loss only leaves them one game out, pending the results of Cowboys-Cardinals game Monday night.

“His statistics are pretty darn good, he was 31 of 42 for 280 yards. Unfortunately, he did have the interception and the fumble, but we totaled 337 total yards. That gives us an opportunity, if we’re scoring points, to be competitive in a game, and I think we got what we wanted out of it in terms of being competitive.”

Kyle Allen made his first start with the Football Team last Sunday agaisnt the Rams, but was replaced by Alex Smith in the first quarter after suffering a head injury. This makes Sunday’s game his first true opportunity to make his case for the starting job.

With a lack of surrounding talent, Allen managed to give his team an opportunity to win. It may not have been an electrifying performance, but it appears that the Football Team has found their best chance to win in Kyle Allen.