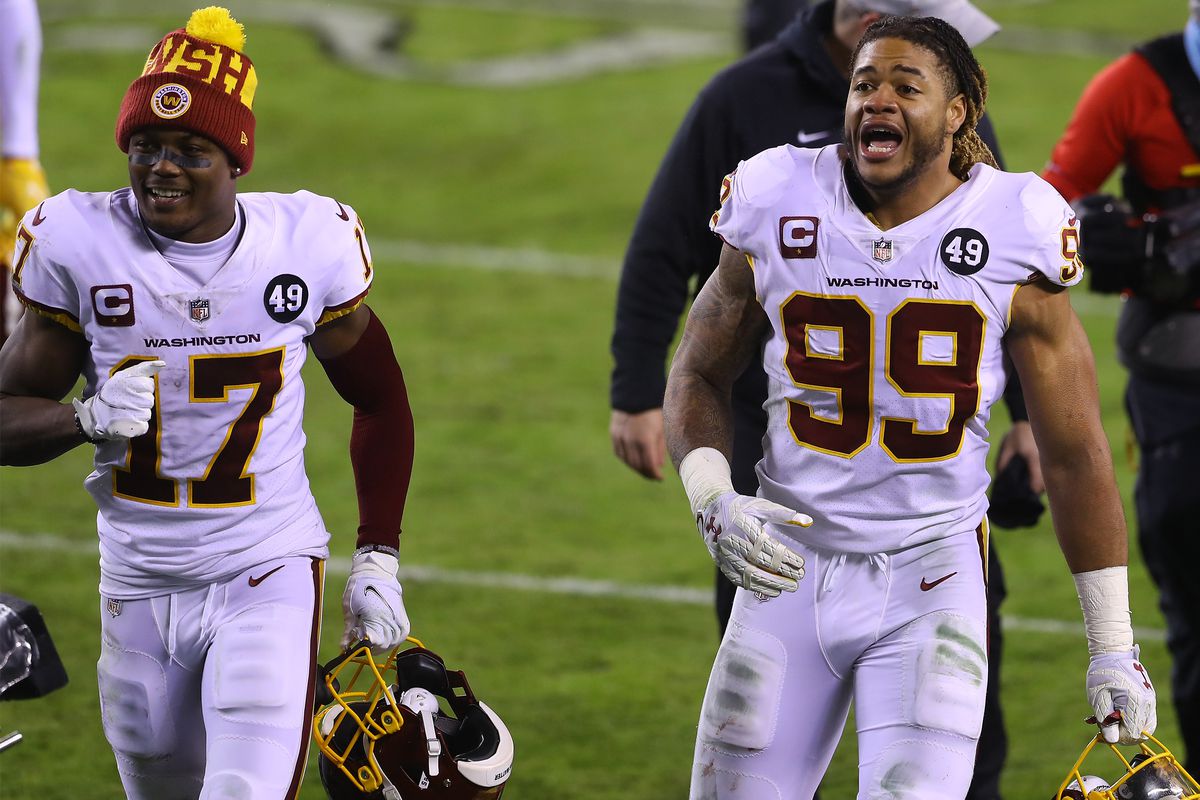 A year ago today, the Washington Football Team limped to the finish at 3-13. Confidence faded early in the season, well before Bill Callahan took over the 0-5 operation.

Callahan could have worn an earpiece on the sideline with Bill Belichick on the other end; that roster was destined for a top-five draft pick.

A year later, The Washington Football Team closes out the regular season with an ugly win over a division rival, and will host Tom Brady’s 5th seed Tampa Bay Buccaneers.

The Washington Football Team has been in search of an identity for decades, a player or coach to build around.

Naturally, the first season without a name, is when Washington finds identity in abundance:

First, the addition of a Super Bowl-caliber head coach in Ron Rivera gives this team a different attitude. Cancer treatments threatened to keep Rivera off the sidelines, but he chose to stay on the field. A stalwart, confidence-inspiring coach has given this team a fighting spirit.

Second, Alex Smith brings this team consistency and hope. The inevitable Comeback Player of the Year, after two years of surgeries and uncertainties following his 2018 leg injury, won six of his seven games as a starter. In case his importance to this team’s future isn’t clear, Dwayne Haskins and Kyle Allen were a combined 2-8 this season.

Third, Chase Young has lived up to his name and Antonio Gibson has made a name for himself. Nobody knew just how poor the NFC East would look this season. Most people looked at this year as a time for the Giants and Football Team to rebuild, and the Cowboys and Eagles to compete for a playoff spot. These two rookies didn’t need a season to warm up and gave Washington a needed boost on both sides of the ball. Gibson rushed for eleven touchdowns and Young finished the year with six and a half sacks and four forced fumbles.

It’s rare that a first round draft pick not only doesn’t benefit your team, but actively makes the lives of coaches and teammates more difficult. Out of all fifty-six quarterbacks drafted since the turn of the century, only two (Brady Quinn and Josh Rosen) have a worse win percentage than Dwayne Haskins. Noteable quarterbacks with better win percentages include Jamarcus Russell, Johnny Manziel, and Jake Locker.

I haven’t heard much from them lately.

You can forgive underwhelming (to put it nicely) performance on the field when a player is helpful in the locker room or on the sidelines. Many such underperforming first-round picks end up as back-ups and spend a decade or more moving around the league. For now, it’s unclear if Haskins will get that chance.

With three games remaining in the 2020 season, The Washington Football Team needed to win just one to win the NFC East. Alex Smith and Kyle Allen both injured, Dwayne Haskins was the only remaining quarterback on the roster. With a head coach recovering from cancer, and nobody to back him up, Haskins headed straight to a strip club following a home loss to the Seahawks, without wearing a mask.

Where most coaches would bench their player, Ron Rivera was forced to field a player who had put Washington’s playoff spot in jeopardy just days prior. Haskins, stripped of his captains badge, played his final game with Washington in week sixteen, putting up a characteristic stat line:

With Sunday’s win over the Eagles, the 7-9 Football Team takes the NFC East title for the first time since 2015.

This Saturday, Washington will welcome the most proficient playoff quarterback in NFL history into Fedex field. This team has already out-performed their pre-season expectations. They’ve beat the odds on and off the field and proven themselves as one of the league’s most resilient teams.

Tom Brady has only encountered NFC East teams four times in the postseason. He is 1-3 in these games. Tampa Bay hasn’t won a playoff game since 2003.

Vegas will not favor the Football Team on Saturday, in fact it may be historically disproportionate for a playoff game, but Washington has been beating the odds all year long.

Not bad for a team with no name.