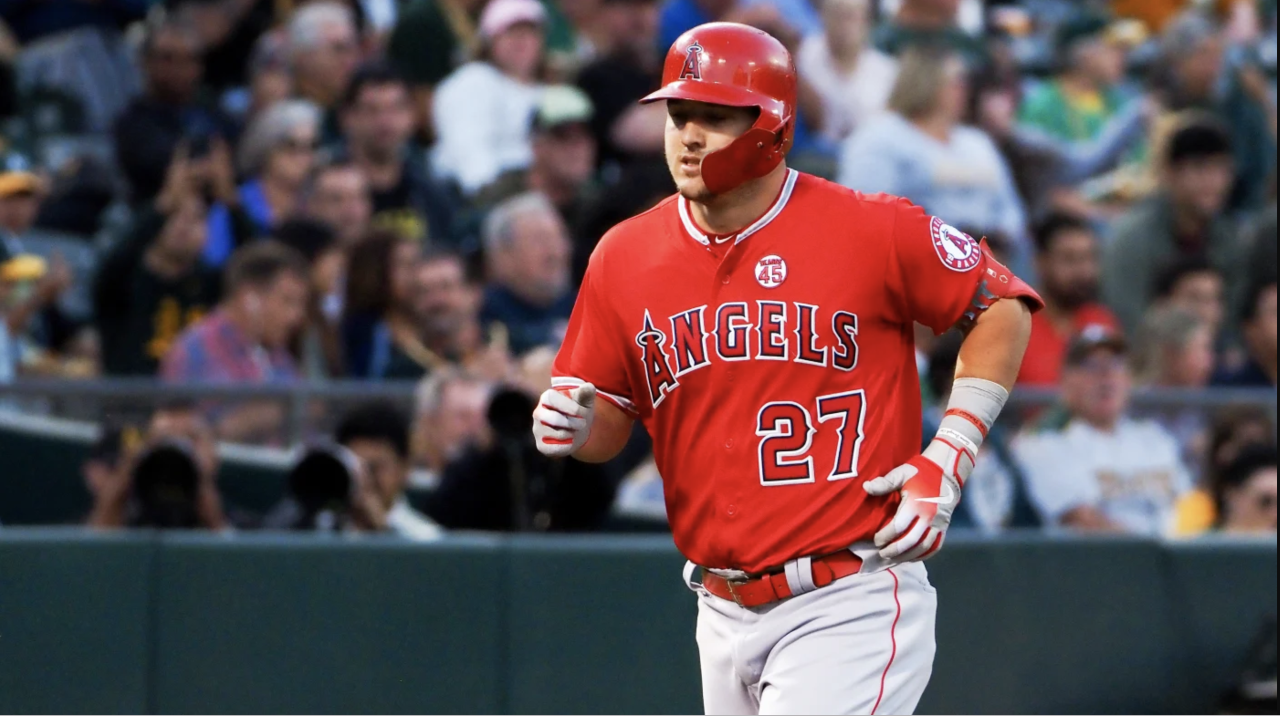 As most fantasy football leagues enter their final week, many owners are looking to the horizon. Last week’s MLB Winter Meetings in San Diego serve as a beacon of hope for dedicated fantasy baseball enthusiasts. A long winter still lies ahead, but if you squint hard enough, you can just begin to see Spring Training in the distance. We may still be two months out from pitchers and catchers reporting, but the foundation for a fantasy championship can be laid now. 12 die-hard owners recently put their heads together to take a “Way too early” look at the first two rounds of next year’s player pool.

No surprise here. The reigning AL MVP is the closest you can get to a sure thing. With 110 runs, 104 RBI, 45 homers, 11 steals (a fairly low total by his standards), and a.291 average, Trout gives you guaranteed elite production in four categories with upside for solid stolen base numbers as well.

The same youth and skills that make Acuna such an exciting young star put him a slight step behind the more established Trout. Nevertheless, the braves outfielder is a legitimate 40 home run, 40 stolen base threat. His rare combination of speed and power make him a slam-dunk early first rounder.

Arenado is another safe bet in the first round. His combination of power, plate discipline and Coors Field altitude essentially make him a lock for 100+ runs and RBI, 40ish home runs and an average right around .300.

Yelich looked to be on his way to back-to-back MVP seasons when a broken kneecap ended his season early. The good news is that Yelich should be good to go for a normal spring training. Fantasy owners should have nothing to worry about for Yelich’s power numbers but you have to wonder if he’ll run enough to give you 20+ steals for a third consecutive year.

Bellinger enjoyed a breakout 2019 season that earned him NL MVP honors. His 121 runs, 47 homers, 115 RBI, 15 steals, and a .305 batting average last year make him a no-doubt first round pick for 2020. Bellinger was able to make huge gains in the batter’s box by drawing more walks and cutting his strikeout rate significantly. These improvements give reason to believe that the breakout was legit, and owners can expect more of the same going forward.

Betts had a fairly pedestrian 2019 campaign by his standards. Still, the young outfielder scored a league high 135 runs and batted .295. Fantasy owners would like to see his steals bounce back to around his career average, but the upside is undeniable. Boston is rumored to be shopping Betts, so stay tuned to see how a potential move could affect his fantasy value.

Bregman’s huge 2019 season had much more to do with elite skills than banging on trash cans. His multi-position eligibility makes him an even more attractive target in the first round. He’s probably the best hitter in perhaps the best offense in baseball. Bregman is a great start to your draft, especially if you can get him at a discount due to overreaction to the sign stealing scandal.

He missed the first month of the season with an ankle injury but quickly returned to form upon his arrival. Lindor is a five-category contributor, which is exactly what you’re looking for at the top of the draft. If he gets traded to the Dodgers, as many experts are predicting, his value increased even more with an upgrade to his supporting cast.

Story still has a lot of swing-and-miss in his game, but when he connects, the ball goes a long way. Like many of the players at the top of the draft, he’s a good bet to give you production across the board. Don’t overlook the value of securing some scarce stolen bases without sacrificing power numbers.

The dominant starter is headed to New York after the Yankees backed up the Brinks truck to the tune of the largest ever contract for a pitcher. Maybe you hesitate a little given the Astros’ reputation as pitcher gurus, but Cole should remain a safe bet to contribute a whole bunch of Ks and wins with strong ratios to boot.

Mad Max has been a top-three starter for the better part of the last decade. You get a little scared any time a pitcher reaches the wrong side of 35 but Scherzer has proven he still has first round stuff.

Bogarts was a bright spot in an otherwise disappointing season for the defending champion Red Sox. You can count on 100 runs and RBI, around 30 homers and a near .300 batting average. Boston’s lineup remains strong and should help Bogarts to produce at a high level once again.

Three straight years of an average over .300, 100+ RBI, and 35+ home runs make Martinez another safe option in this range. Injuries had always been the only thing holding him back, but the Red Sox slugger has now turned in two healthy seasons in a row.

Turner is one of the players with the highest differences in value depending on league format. In a roto or head-to-head categories league, steals are valuable, making Turner elite. The Nats shortstop has 124 stolen bases across the last three seasons and provides good runs and batting average. He also has just enough power in his swing to where he doesn’t sink you in home runs and RBI.

The secret is out on the Nats star outfielder after his heroic performance in Washington’s World Series run. He’s only 21, as you may have heard if you’ve ever seen him play on TV. Soto’s combination of power, contact, and plate discipline will allow him to remain a fantasy standout, even in a Nats lineup that got worse with the departure of Rendon.

Two straight NL Cy Youngs is all you really need to know here. Degrom, like the other pitchers in this tier, gives you an elite number of innings. With that comes huge strikeout numbers, and elite ratios. Hopefully he gets some run support this year so he can pick up some wins.

Altuve was a slight disappointment in 2019, thanks largely to a sharp decrease in steals. This was to be expected as the second basemen was recovering from knee surgery. Fantasy owners drafting him in this range are going to have to hope for a bounce-back in speed and aggression on the base paths. Even if that doesn’t happen, Altuve’s elite contact ability and surprising pop make him one of the best second base options in fantasy.

Devers turned into a double-hitting machine in 2019 with a league high 54 two baggers. His elite production in every category but steals made his season a legit breakout. He’ll be only 21 next season, which lends to the belief that he still has room to improve his game. That’s a scary thought for opposing pitchers and fantasy owners who miss out on Devers.

After signing a mega-contract with the Phillies, Harper had a fairly underwhelming season. This perception has more to do with his salary than his stats from last year, however. With 98 runs, 35 homers, 114 RBI, 15 steals, and a .260 average, Harper wasn’t nearly as bad as most people thought. He’s got to cut his strikeout down a little to boost his average, but I don’t think a huge season would surprise anybody.

The soon to be 37-year-old has aged like fine wine. 21 wins, a 2.58 ERA, and 300 strikeouts made Verlander yet again one of the best pitchers in baseball. See if you can get him at a discount due to his age, but don’t count on doing so. Elite pitching is scarcer than ever and Verlander is well worth ponying up for.

Freeman has been a quiet but consistent star for the last several years. You can bank on a batting average around .300, 100 runs and RBI, and 30 plus home runs.

Fantasy owners should rejoice that Blackmon signed an extension with the Rockies to remain in the altitude assisted hitter’s heaven that is Coors Field. Ballpark aside, Blackmon is a perennial fantasy stud that provides well rounded numbers. Even with his steals dropping over the last several years, he’s a safe pick to be a foundational piece for your outfield.

After helping the Nationals win their first World Series in franchise history, Rendon is taking his talents to Los Angeles. The postseason exposure and huge may bring some additional attention to this under the radar star. His 126 RBI was good for the lead in the NL last season. He’s also hit over .300 for three seasons in a row.

After appearing in 112 games in 2018, Judge managed to only play 102 this past season. While the developing injury history is concerning, Judge has looked like his usual homer-mashing self when he’s been on the field. The hitter-friendly lineup and ballpark will allow Judge to put up huge numbers if he can stay healthy.

Mets Sign Dellin Betances To Improve Worst Bullpen In Franchise History
Betances’ Bounce Back & Addressing the Gaping Hole; AKA Third Base for the Mets.