Week 1 Dallas Cowboys vs Tampa Bay Buccaneers: What To Watch For 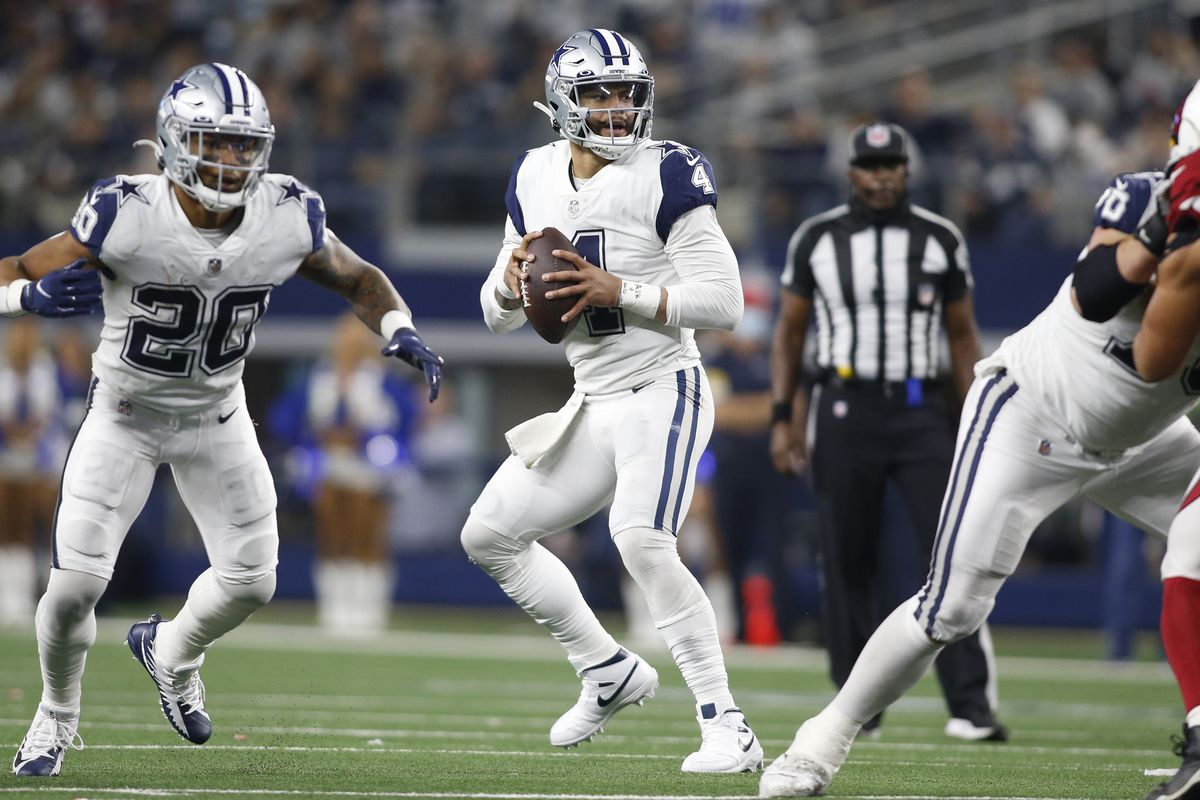 For the second season in a row the Cowboys kick their season off against Tom Brady and the Buccaneers. Their last matchup ended with the Buccaneers driving down the field and kicking a game-winning field goal, winning 31-29. Tampa Bay went 13-4 last season but lost in the divisional round against the Los Angeles Rams. After returning the majority of their core, the Bucs are looking to return to the Super Bowl once again.

The Cowboys lost in heartbreaking fashion against the San Francisco 49ers in the wild-card round last season 23-17. They continue to struggle to get over the hump year after year. But 2022 brings hope to the Cowboys’ organization and their fan base. They are currently a team getting overlooked by a lot of people, Dallas could surprise some doubters this season.

Prescott is heading into his seventh season as the quarterback of the Dallas Cowboys. He signed a four-year $160 million deal this offseason which is a steal for the Cowboys as the QB market continues to rise. Dak has proven that he is one of the better quarterbacks in the league. In their matchup last season, Dak recorded 403 yards through the air, 3 touchdowns, and a QBR of 101.4. Look for Dak to have similar numbers this time around also.

How will Brady’s 11-day hiatus away from the team affect the first game of the season? There has been plenty of speculation as to why Brady was away from the team for so long during training camp but look for him to come out as the Tom Brady everyone knows. Brady is 6-0 against the Cowboys in his career, one of five teams he is undefeated against. In the last matchup, he threw for 379 yards, 4 touchdowns, and a QBR of 97. Look for it to be another hard-fought battle between both quarterbacks.

This matchup in the trenches will likely decide how this game goes for both teams. The Cowboys’ offensive line is not what it once was. They lost two starters OT La’el Collins and OG Conor Williams this offseason. Also, LT Tyron Smith will be out until at least December. Dallas added future Hall of Famer LT Jason Peters this past week to fill his role. The lineup of LT Jason Peters, LG Tyler Smith, C Tyler Biadasz, RG Zack Smith, and RT Terence Steele will have their hands full with the Bucs’ exceptional front seven. If the offensive line struggles, look for Tampa Bay to control the game.

Tampa Bay has a top defense in the league and will always be a problem for opposing offenses. Their front seven accounted for 31 sacks last season alone. They also held Dallas to only 60 rushing yards in their matchup last season. The Bucs will be looking to do much of the same on Sunday Night Football.

Win Turnover Battle: Not only in this game but winning the turnover battle will win you a huge majority of games in the NFL. But when playing Tom Brady it is even more emphasized. Last matchup the Cowboys won the battle 4-1 and still lost the game. The offense needs to protect the ball at all costs while the defense continues to take away the ball like last season. Watch for CB Trevon Diggs to continue to be a ball hawk after leading the league with 11 interceptions.

Get the Offense Rolling: The number one scoring offense last season had defenses gassed all year. Although the offense looks slightly different this year, they racked up 451 yards last year against Tampa Bay. Once this offense gets in a groove they are hard to stop. Dak will need to continue to share the ball with the weapons he has. Also, look for Tony Pollard to be a huge part of the offense’s success in this game, and season in general.

This will be a hard-fought battle on both sides. Dallas has so many doubters against them this year and that will only give them more motivation to win their season opener. Prescott may throw for 400 yards plus again. Also, the defense will have gotten better and that is a scary thing to think about after how well they played last season. It may come down to a final kick but Dallas should squeeze out a win.

With a lot of controversy going on with Tom Brady in the past couple of weeks, he may start a little rusty. You can never count Brady out but he could struggle out of the gate. Nonetheless, as a whole team, they will perform well. It is still the Tampa Bay Buccaneers. This will be an exciting game to kick off Sunday Night Football.