Week 1 Eagles at Lions: What To Watch For 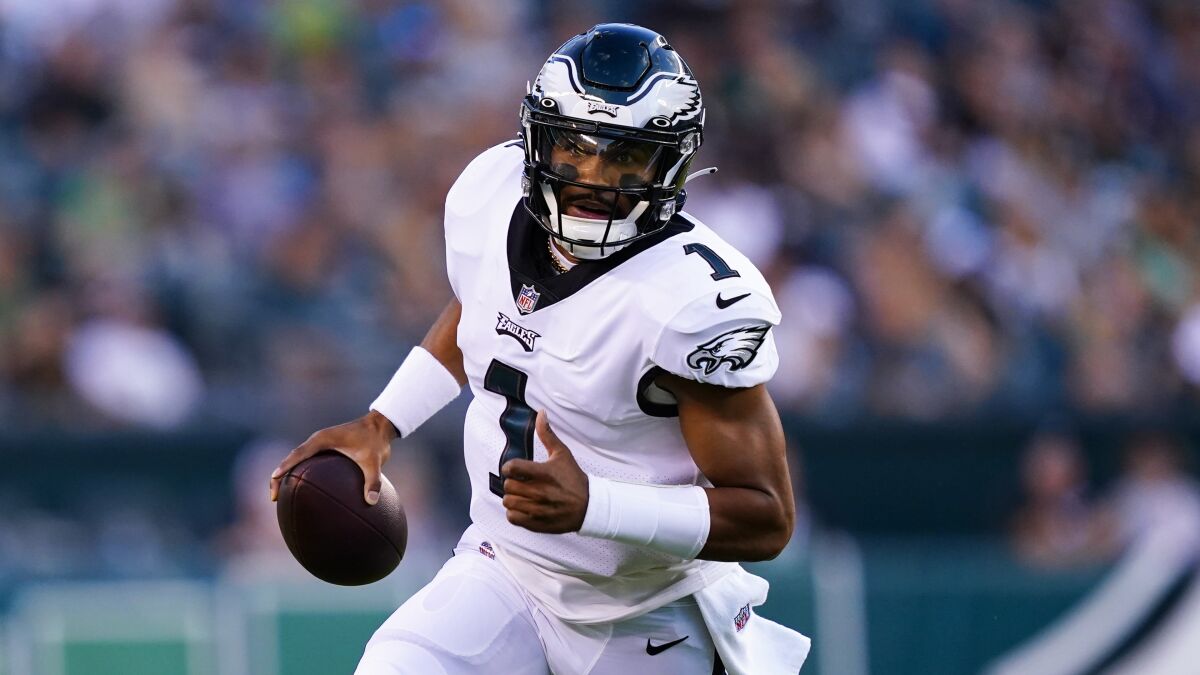 NFL Kickoff has finally arrived! In week one the Eagles will travel to Detroit to face the Lions. This year’s face of HBO’s Hard Knocks is looking to turn their losing fortune around this season. Led by HC Dan Campbell, the Lions have a certain grit this year that could win them some games. Detroit finished 3-13-1 last season.

The Eagles are also looking to start hot this season. They loaded up on talent throughout the offseason and now are favorites to win the NFC East. In last season’s matchup against the Lions, the Eagles won controllingly 44-6. Philadelphia fanatics would love for a repeat of that game to kick off the 2022 season.

Hurts needs to start this season on the right foot. There have been a lot of questions about if Hurts is the right guy behind center. Hurts has numerous weapons around him this season for him to succeed. There will be no excuses if he cannot perform at a high level. In one game against the Lions in his career, Hurts posted 174 total yards with a QBR of 86.3 in the 2021 44-6 win. Look for Hurts to get it done through the air and the ground on Sunday.

Going into Goff’s second year in Detroit there is much more optimism for success. The two-time Pro Bowler threw for 3,245 yards, 19 touchdowns, and 8 interceptions in 14 games last season. Goff has weapons at the skill positions and now has a year with a new playbook under his belt, he should look better this year. Goff has posted 1,027 yards, 5 touchdowns, and 1 interception in four games against the Eagles in his career.

Second-year receiver Amon-Ra St. Brown is Detroit’s best wide receiver and lines up primarily in the slot. That means newly acquired DB Chauncey Gardner-Johnson will likely have the duty to stick St. Brown most of the game. Gardner-Johnson is excellent in man coverage and is extremely physical.

St. Brown recorded 90 receptions, 912 yards, and 5 touchdowns in his rookie season. The young receiver is an excellent route runner and has exceptional hands. Gardner-Johnson will certainly have his hands full in his first game as an Eagle. This will be a fun matchup to watch throughout the game.

Develop the run game: The Eagles need to be able to move the ball on the ground. It will only make the game easier for Hurts through the air. Hurts’ best ability is making plays on his feet. RB Miles Sanders should be full go Sunday after tweaking his hamstring in training camp. Sanders also needs to prove himself this season, look for his first season rushing for 1,000 yards. Throughout most of the season, this will be a key to winning for Philadelphia.

Pressure Jared Goff: The Eagles’ front seven should cause havoc all game long. The Lions will be missing right guard Halapoulivaati Vaitai due to injury. That will only make it easier for defensive tackles Fletcher Cox, Javon Hargrave, and Jordan Davis to get in the backfield. Once Goff gets hit a few times, he’ll be flustered while in the pocket which will lead to the secondary having a field day.

The Eagles simply have more talent than the Lions in all aspects of the game. Hurts is going to have an exceptional game with some of his new weapons at wide receiver. He will also have an explosive game on the ground that the Lions won’t be able to stop. On the defensive side, the Eagles will make Jared Goff have a long day. They will be able to pressure him at will while having the secondary lurking behind. Philadelphia fanatics will love how the Eagles kick off the season.

The Lions’ Hard Knocks hype will die down after this loss. They will still have some flashes throughout the game because of the talent they have at the skill positions, like D’andre Swift, T.J. Hockenson, and Amon-Ra St. Brown. After a week one loss, they’ll bounce back in week two against the Washington Commanders.