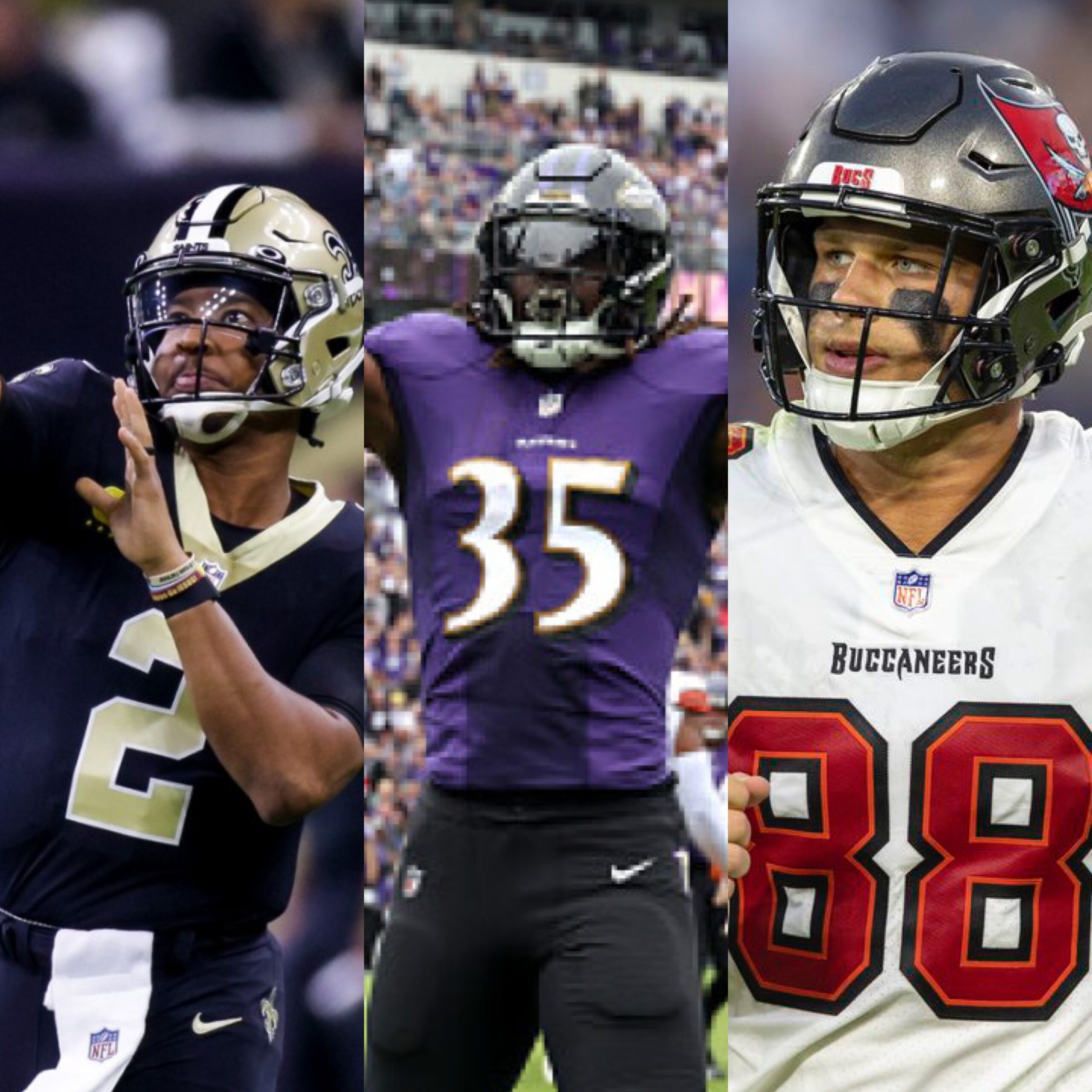 Navigating the waiver wire is a necessity to stay one step ahead of the competition while playing fantasy football. Whether you need a spot start or a potential sleeper pickup, this article provides waiver options for most leagues. Only two teams are on a bye, but they are the Chiefs and Chargers. Those are teams with plenty of fantasy viable players that will be off this week. This means waiver wires are going to be attacked harder. As always, check who is being dropped. It could be someone you value more than who is available.

The leader of the 6-1 New York Giants has impressed both in the NFL and fantasy football. Jones is 3rd in rushing yards for Quarterbacks and has supplied a great baseline due to this rushing upside. The Giants Wide Receivers have also stepped up in the past weeks, as Wan’Dale Robinson and Darius Slayton looked great last week. The Seahawks have one of the worst defenses in the league and pose a great matchup for Jones. Available in almost 60% of leagues, Jones is a priority waiver pickup if you have Mahomes or Herbert. -Anthony Yip Daniel Jones threw for over 200 yards and ran for over 100 yards vs. Jacksonville. Photo courtesy of Giants Wire – USA Today.

I’m going to assume that the Saints will have Jameis Winston back in the lineup this week. That’s why he is my priority. But if he is out another week, I’m fine picking up Andy Dalton as well. The Las Vegas Raiders have allowed the most points per game to the Quarterback position, giving up over two more points than the next worst. With the emergence of Chris Olave as a stud receiver and the team finally incorporating Alvin Kamara in the passing game, the Saints are capable of putting up prolific passing numbers. -Ryan Stern

On October 20th, the Panthers shocked the NFL and Fantasy world by trading Christian McCaffrey to the 49ers. This move has massive ramifications for both teams, and leaves an open backfield for the Panthers. Both D’Onta Foreman and Chubba Hubbard played very well this weekend against the Buccaneers. It will be a clear committee. However, Foreman appeared to be the lead rusher and red zone running back. Foreman out-carried Hubbard by six and had only two fewer routes run. It appears Foreman, who played great last year in Derrick Henry’s absence, can get almost 20 opportunities a week for the foreseeable future. -AY

If you stayed with the BSP Sunday Morning Fantasy show until the end, I told everyone to go stash Gus Edwards before he reached the waiver wire. There is so much value in the starting running back in Baltimore, which is why I thought Kenyan Drake was a good pickup last week. If you have paid any attention over the past few seasons, you’ll see how much the Ravens love Edwards. They didn’t give fantasy players a whole lot of notice that Edwards was not only going to be active, but also the starter. 16 for 66 yards and 2 touchdowns later, Edwards is a must add. -RS

Campbell has struggled thus far in his career as he has not stayed healthy and found his role. However this year, Campbell is solidified as the number two Wide Receiver for the Colts.  For reference, Alec Pierce, another sought after waiver pickup, has 163 less snaps within the offense. There are questions surrounding the Quarterback situation. However, 17 catches and two touchdowns over the past two weeks are reason enough to stash Campbell in hope that this trend continues. -AY

The Seahawks lost star Wide Receiver DK Metcalf during Sunday’s win vs. the Chargers. In his absence, Goodwin stepped in and filled in admirably. Now the news on Metcalf was better than expected, but he is out for this week, and possibly even longer. Goodwin took over the red zone targets vacated by Metcalf. The matchup isn’t the greatest vs. the Giants, but the volume should certainly be there. -RS 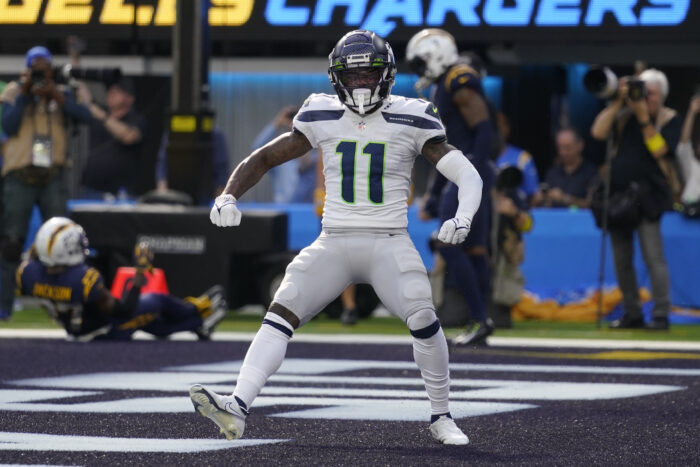 Marquise Goodwin after one of his two touchdowns vs. LA Chargers. Photo courtesy of oregonlive.com

In week 7, Otton was only out-snapped by Mike Evans and Chris Godwin. With 5 targets, Otton was third in targets and reeled in four catches. In starter Cameron Brate’s absence, Otton has been a streamworthy start. The Buccaneers pass the ball 3rd most in the NFL and will offer plenty of chances to  Otton. The Baltimore Ravens secondary has been lackluster. Along with the high passing rate of the Buccaneers, Otton will have plenty of opportunities this week. -AY

The highly rated rookie Tight End out of UCLA has made his presence felt in his first two games as a professional. In PPR leagues, he has double digit point totals each time out so far. Dulcich missed the first five games of the season with a hamstring injury. That makes what he’s done so far even more impressive. Rookie Tight Ends don’t usually show their potential this early. Now, with names like Jerry Jeudy and KJ Hamler’s being tossed around in trade rumors, he may have a more direct path to more utilization. -RS

The Indianapolis Colts defense was great against the Titans. Allowing only 13 defensive points, the Colts were the 12th ranked defense. With the change at Quarterback, I expect slower plays that could limit the possessions of the opposing offense. The next two games for the Colts are the Commanders and the Patriots. The Commanders are without Carson Wentz and have yet to hit the 28 point park at any time this season. The Colts are a safe streaming defense that can have defensive touchdowns-upside. -AY

The Titans have quietly put up a decent year so far defensively. They have put up a top 12 performance in four of their six games played. One of the two poor performances was against the Buffalo Bills, and that happens to most teams. The Houston Texans, this week’s opponents, have allowed the twelfth most amount of fantasy points to opposing defenses.

Chargers Post Week 7
The Problem With the Denver Nuggets