Week Five Dallas Cowboys at Los Angeles Rams: What To Watch For 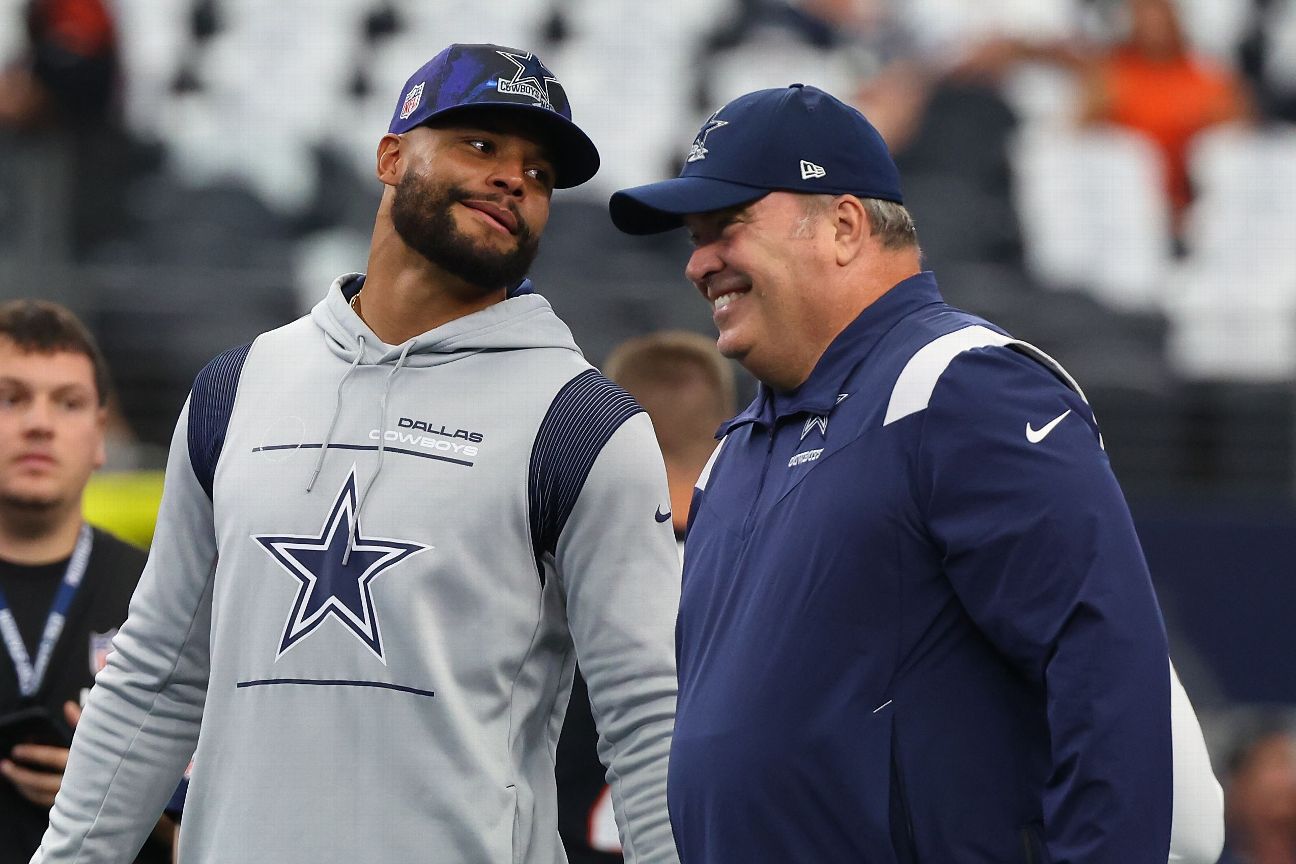 The Dallas Cowboys (3-1) will take on the Los Angeles Rams (2-2) at SoFi Stadium in week five. Cooper Rush and the Cowboys will look to continue their three-game win streak while the Rams will look to get back on track after a deflating 24-9 loss against the San Francisco 49ers on Monday Night Night.

Cooper Rush has led the Cowboys to three straight victories and has put the whole NFL on notice. He has the offense performing exceptionally, when Dak Prescott returns this offense could really explode. The defense looks like it is a top-three defense through four weeks. They have yet to have 20 points or more scored against them. They also have only allowed four touchdowns in four games. This team has been rolling and the Rams will be their hardest test yet.

The Los Angeles Rams have not gotten off to the best possible start after winning the Super Bowl last season. Matthew Stafford does not look like the same quarterback as he has thrown only four touchdowns and six interceptions. Reigning triple crown receiver Cooper Kupp has not lost a step although. On 42 receptions he has 402 yards and three touchdowns. The defense has given up an average of 23.5 points per game while only scoring 17.5 points per game.

The Rams have won two out of three of the past matchups.

Cowboys’ Cooper Rush has done everything correctly since taking over the starting role after Prescott went out against the Buccaneers in week one. Rush has thrown for 737 yards with four touchdowns and NO turnovers. Rush has looked calm and collected while in the pocket which is comforting for Dallas fans. He will have to continue to take care of the football and make the right decisions. In my opinion, he has performed similarly to the 49ers’ Jimmy Garoppolo. Rush has played like a game manager, while he has made some impressive throws, he is still keeping things safe. For Cowboys nation, hopefully, he can keep surprising people and get a win against Los Angeles this Sunday.

Reining Super Bowl champion Matthew Stafford has not performed as well as most have thought four weeks into the season. He is currently 14th in passing yards with 1,1015. With only four touchdowns thrown, that is seven less than former Ram Jared Goff, who were traded for each other just over a year ago. And it does not end there for the rough start, Stafford currently leads the league in interceptions with six. This Sunday will not be a walk to the park for Stafford, the Cowboys’ defense currently has four interceptions and only has given up 171 passing yards per game.

Contain Aaron Donald: When playing the Rams, the first thing that comes to mind is stopping three-time Defensive Player of the Year DT Aaron Donald. He causes havoc to opposing offenses week in and week out. So far this season Donald has recorded 15 tackles, two sacks, and four QB hits. And most of Donald’s presence and disruption do not show up on the stat sheet. His play allows others to capitalize off of what he can do in the trenches. Dallas’ offensive line will have their work cut out for them in the run game and the passing game. If the Cowboys control and limit Donald, then they will have a great chance to take this game on the road.

Continue to Generate Takeaways: The Cowboys currently have four interceptions, two coming from CB Trevon Diggs who led the league with 11 last season. The other two come from CB DaRon Bland and S Donovan Wilson. When winning the turnover battle in the NFL, there is more than a 70% chance to win the game. And this week that makes for a great recipe against Stafford who has thrown the most interceptions in the NFL through four weeks. The defense will need to generate pressure as they have all season and not let Stafford get comfortable in the pocket or it could be a long day.

So, I’m optimistic about the Cowboys being able to pull this win out. This will be their second hardest game of the season, but from what the Rams put on the field on Monday night, I’m feeling good about this prediction. The Rams could not get anything going on offense and other than WR Cooper Kupp that offense looks bad. As stated, the Cowboys’ defense has yet to give up more than 20 points and I do not think that will change this week.

However, the offense needs to perform well. If they struggle then the defense will start to develop holes. This team feeds off the other side of the ball. Also, when in the red zone, the Cowboys need to capitalize. Kicking only field goals after a great drive will start to hurt them sooner or later. Currently, the Cowboys only have a 55.5% of punching the ball over the goal line while in the red zone. That needs to be an emphasis this week going into Los Angeles. Although, if the Cowboys can continue what they have done since Cooper Rush took the reins then Dallas should be in a good position to win.

CONCUSSION, WHAT IS IT?
Javonte Williams Torn ACL, Who Steps Up?