Week Five Philadelphia Eagles at Arizona Cardinals: What to Watch For 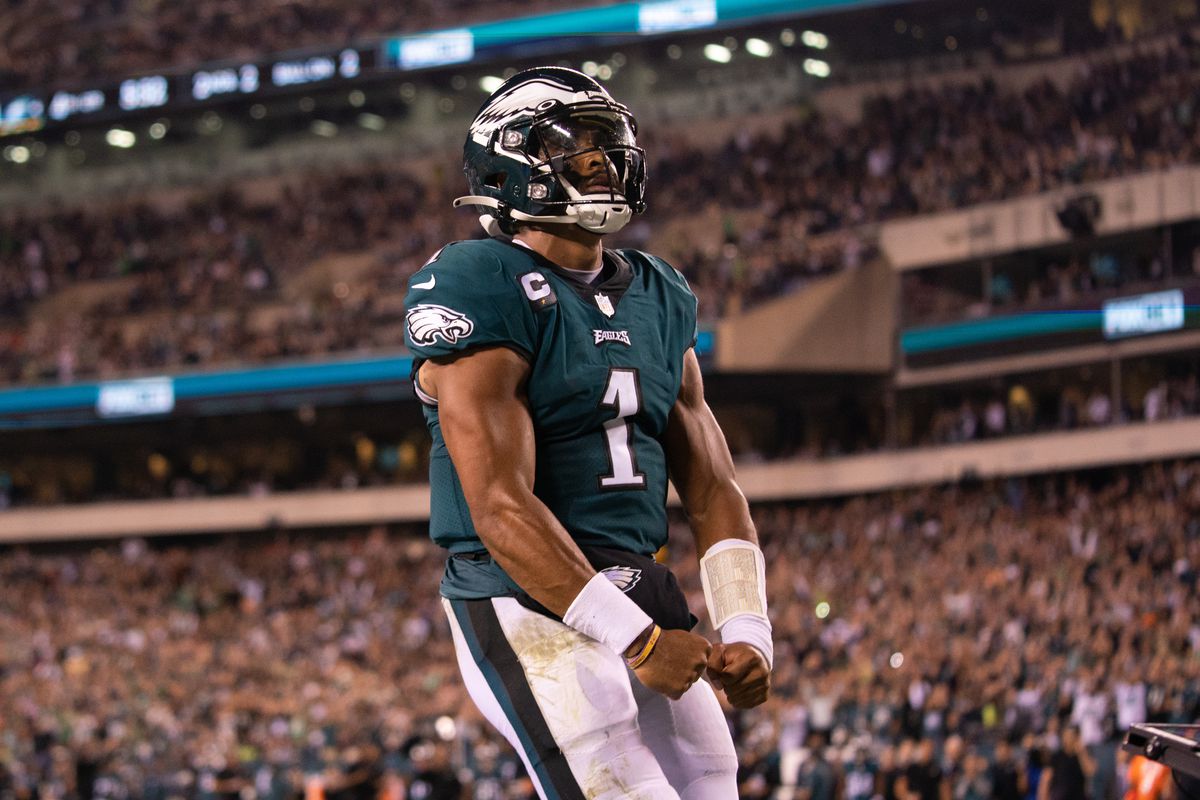 Through three weeks of football, Tampa Bay is sitting at a 2-2 record. A .500 win percentage(through the first two weeks) is acceptable for most teams in the NFL, but not the Bucs, this team had higher expectations heading into the 2022 season. However, it isn’t all bad, the Bucs have also looked mighty impressive at times this season.

The Eagles are playing up to the offseason hype through four weeks. No team has been able to hand Philadelphia their first loss. Both sides of the ball have gotten into a good flow and are functioning well. Jalen Hurts has the Eagles ranked second in the NFL with 435.5 total yards per game. On the opposite side of the ball, the defense has only allowed 277.3 yards per game which is third in the NFL. Although the Cardinals have not looked the best through four weeks, the Eagles will have their hands full this week in Arizona.

Kyler Murray and the Cardinals have gotten off to a rocky start in 2022. Their two wins come in an overtime victory against the Las Vegas Raiders and this past week against the Carolina Panthers. Their losses come from the Kansas City Chiefs in a week one blowout 44-21 and the Los Angeles Rams 20-12. They will certainly have their work cut out for them facing what looks to be the best team in the NFL to this point.

Eagles’ Jalen Hurts is making a case for MVP early this season. Through the air and on the ground Hurts has been thriving. He has proven doubters wrong so far about his passing ability and has gotten A.J. Brown and DeVonta Smith to perform at a high level. Hurts has thrown for 1,120 yards with four touchdowns and rushed for 205 yards with another four touchdowns. He also has limited the turnovers so far with only two interceptions and two fumbles (zero lost). As I’ve stated all season and prior, as long as Hurts can keep performing this well, the Eagles will go far.

Cardinals’ Kyler Murray has not performed as well as fans have wanted after getting a five-year $230.5 million deal. Murray has thrown for 991 yards with five touchdowns and two interceptions. On the ground, he has only 91 yards on 24 carries and two touchdowns. Although he has been missing his number one receiver in DeAndre Hopkins due to a six-game suspension, Murray can still perform better with what he has. There have been talks all offseason if Murray’s truly invested in the game of football. His contract initially has a section about watching a required amount of film throughout the week before he demanded it be changed after word got out. Murray will look to lead the Cardinals to a much-needed victory on Sunday.

Continue to Pound the Rock: The Eagles’ key to success week in and week out is their ability to move the football on the ground. Philadelphia currently ranks fifth with 165.3 rushing yards per game this season. They also have the most rushing touchdowns with 10, three more than any other team. Miles Sanders leads the team with 356 yards with three touchdowns. His best game came last week against the Jacksonville Jaguars when he rushed for 134 yards and two touchdowns. When the Eagles pound the rock, opposing defenses get tired quickly. This also opens up the play-action game and passing game overall. Look for much of the same this week from Philadelphia.

Contain Kyler Murray: Although Murray has not looked his best so far this season, he is a talented athlete. He can beat teams in the air and on the ground, similar to Hurts. This will be the most mobile quarterback the Eagles’ defense has faced this season. However, the Eagles have league-leading 10 takeaways and 16 sacks. It’ll be a great test for both Kyler Murray and the Eagles’ dominant defense.

Right now until proven otherwise, the Eagles will continue to come out on top. The roster is talented on both sides of the ball and does not seem to have a huge glaring weakness. They have been put through adversity, like last week against the Jaguars when they went down 14-0 in the first quarter. They still came out on top 29-21. This team has that fight in them and that “Dog Mentality”.

However, I do think this Cardinals team will give them a run for their money this week. You never know which team will come out on top each week and now the Eagles will have a target on their back being the only undefeated team left. The Eagles will need to come out strong in Arizona or this could come down to the last quarter of football.