Week Three Eagles at Commanders: What To Watch For 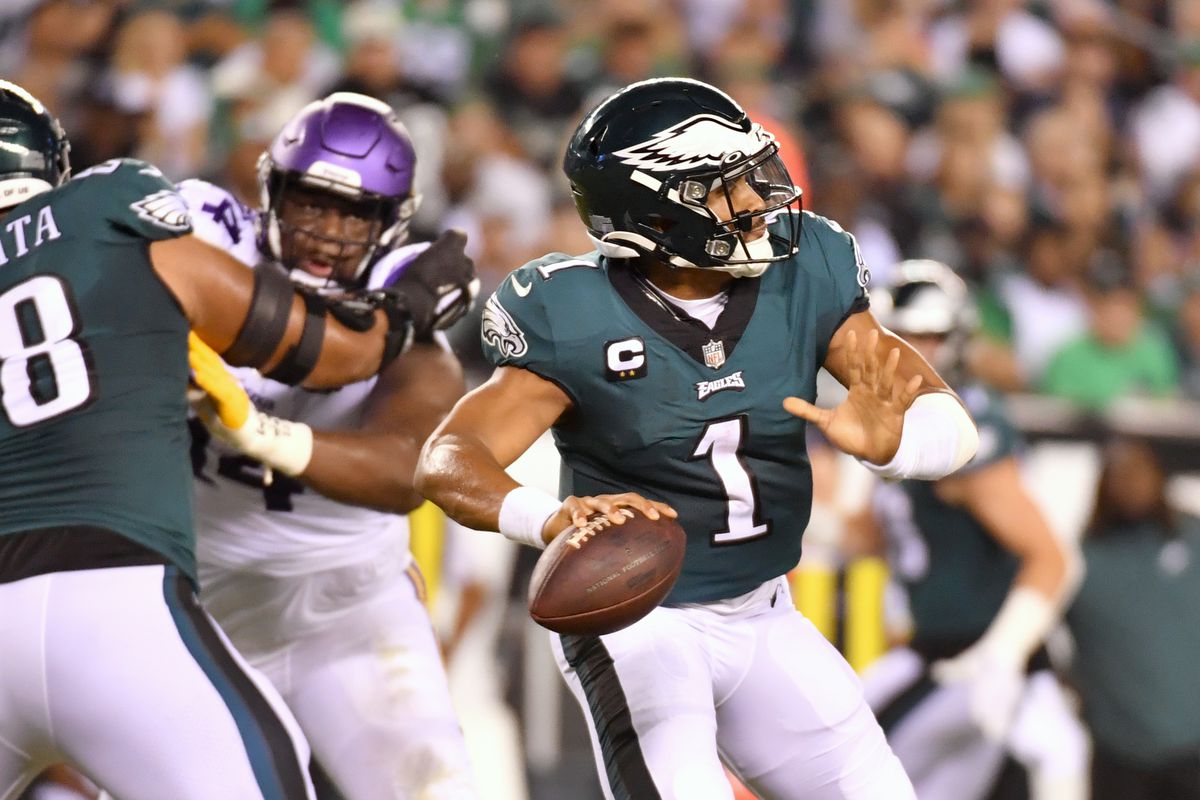 The 2-0 Philadelphia Eagles will be traveling to Washington to take on the 1-1 Commanders. The first divisional matchup of the season for each team will be eventful due to Commanders quarterback Carson Wentz taking on his former team. That will be the major storyline leading up to kickoff at 1:00 p.m. on Sunday.

The Eagles will be on a short week after an impressive win over the Minnesota Vikings on Monday night. However, the Eagles look like one of the best teams in the NFL to this point. Jalen Hurts has been tearing up defenses to this point and so far no team can stop him. On the defensive side of the ball, the Eagles certainly stepped up last week against the Vikings. After giving up 35 points to the Lions in the season opener, the Eagles only allowed seven points to the Vikings’ high-powered offense.

The Commanders will be coming off a loss to the Detroit Lions in week two. The Commanders have certainly surprised some people with their exceptional play early. QB Carson Wentz is also second in the league in passing yards with 650 through two games. This will certainly be a tough game for both teams as division games will be extra important this year as the NFC East looks to have improved from top to bottom. Washington was swept by Philadelphia last season.

Establish the Ground Game: The Commanders have given up 314 yards rushing in only two games. And the Eagles have rushed for 379 yards in their two games. So, you can see how this game could possibly go. The Eagles have had their way on the ground with Jalen Hurts and Miles Sanders and they will look to continue that on Sunday.

Stop Carson Wentz: The former Eagles QB has got off to a hot start in his new home in Washington. While being second in the league in passing yards, he also is tied at first for passing touchdowns with seven. He has connected with nine different receivers too so far. Although the Eagles’ defense is coming off an exceptional game on Monday night, they will have their hands full with Washington’s offense. The Commanders are averaging 27.5 points and will look to continue their high-scoring performances against their division rival. Wentz will also look at this game as a revenge game from the team that simply replaced him when they drafted Hurts in the second round of the 2020 NFL Draft.

I think this will be a tough division battle from start to finish. The Eagles have looked too good over the first two weeks of the season to see them losing to the Commanders. The Eagles should have their way on the ground all game. Washington has yet to show that they can stop the run and I certainly can’t see it happening against Hurts and Sanders. Wentz will more than likely have his first bad game in a Commanders uniform. It will surely rattle him playing his old team again. Look for him to turn the ball over more than once.

However, even with Wentz potentially playing badly, it will somewhat be a close game. The Commanders have a trio of Terry McLaurin, Curtis Samuel, and Jahan Dotson who have accounted for six and Wentz’s seven touchdowns. The secondary will certainly have their hands full with these playmakers. Each one can hit for a home run play at any time. So, Darius Slay and the rest of the secondary have to come to play. Each side of the ball will have opportunities to change the outcome of this game. The first NFC East showdown of the season will be a fun one.