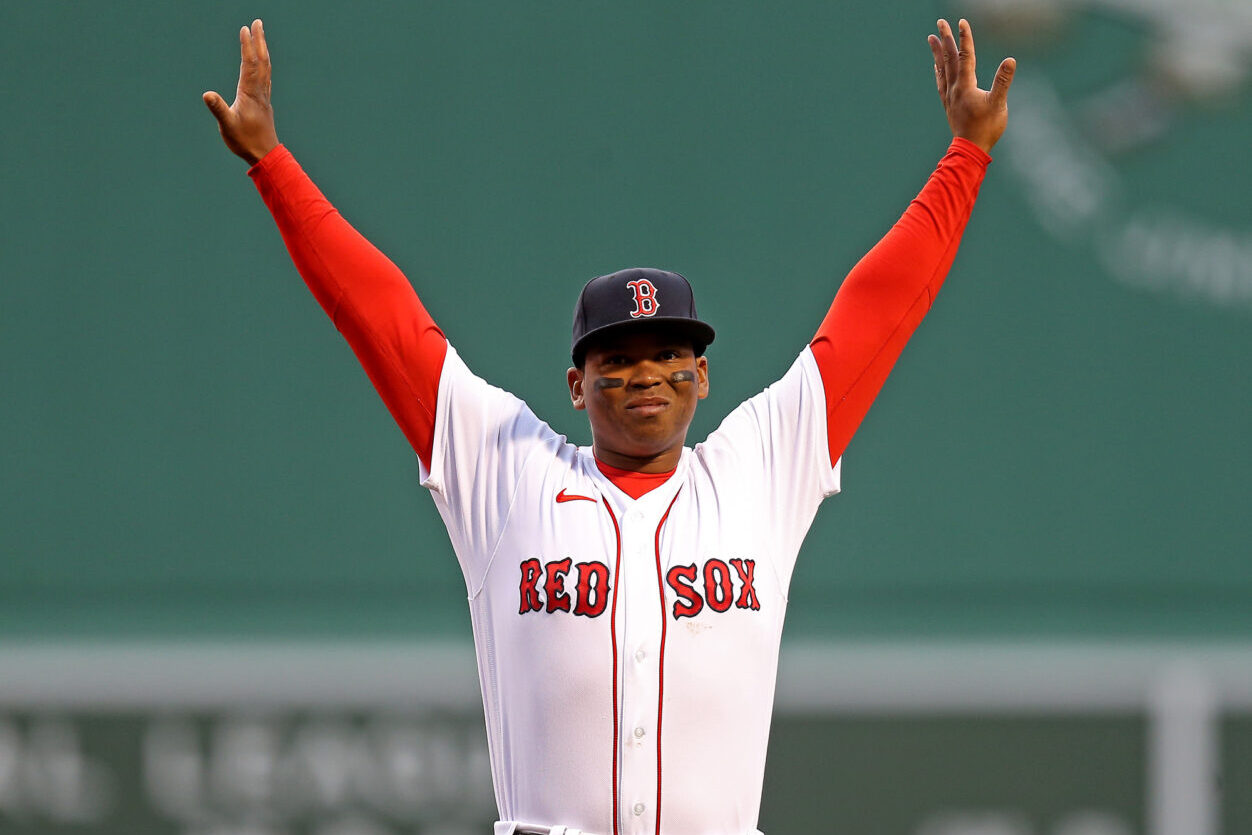 A win over the Yankees in the biggest series to this point keeps the Red Sox in first in the AL East, but the Rays are still close behind.

After a strong weekend coming out of the All-Star break, the Yankees are now further back in the AL East.  All five teams still have moves to make before Friday afternoon.

The best team in the AL East is playing like it.  They went 5-1 against the rival Yankees and Blue Jays behind a number of quality wins.  They looked dead in the water Sunday but rallied to take the series against the Evil Empire.  Red Sox Nation is fired up, and GM Chaim Bloom can go get a first baseman to shore up their one weakness.

Where to start when the whole team is producing?  How about Enrique Hernandez, who won Player of the Week.  He hit three home runs with a .400 average in MLB’s timeframe.  In ours, Rafael Devers mashed four home runs and eight RBI’s.  Alex Verdugo ended his month-long drought with a home run to win Monday night’s game.  Xander Bogaerts is slumping, but he hit the game-winning sac fly Sunday.

Oddly enough, the Red Sox got mixed results from their starters.  Eduardo Rodriguez came out after one inning due to injury, and Phillips Valdez came up clutch in long relief.  Garrett Richards and Nick Pivetta both gave up four runs.  Nathan Eovaldi was one strike away from eight shutout, but gave up a run and the Yankees rallied.  Matt Barnes is at his best, with a win and three saves this week.

Since we last discussed the AL East, the Rays have gone 4-1.  They took the finale in Baltimore and then won three of four against the newly-minted Guardians.  In much bigger news, the Rays acquired Nelson Cruz, one of the best hitters available.  They are in no way ready to concede this division to the Red Sox.  GM Erik Neander also traded away Rich Hill to make room for a returning Chris Archer.

The first trade is already paying dividends.  Cruz hit two home runs over the weekend in Cleveland.  The same is true of Ji Man Choi and Austin Meadows.  Meadows also hit the walk-off to beat the Orioles. Yandy Diaz tripled and homered in the same feat, while Brett Phillips accomplished that feat in separate ones.  The bats are picking up at just the right time.  Now the call ups have to start hitting.

The Rays might have a starting pitching logjam, but they are still merely treading water.  Luis Patino and Michael Wacha were fine this week and Josh Fleming struggled.  Ironically, Ryan Yarbrough pitched best with one run in seven innings, but the Rays lost that game.  After four good games, the bullpen blew Sunday’s contest.  This team will always look for more bullpen arms, and I am sure they have a list of targets for the next four days.

The Yankees were gaining momentum after a two-sweep of the Philadelphia Phillies, but that has all gone away.  They lost three of four to the Red Sox in devastating fashion.  After making a dramatic comeback in the eighth inning Saturday, they gave up five in the eighth Sunday to lose.  Blowing a game when Domingo German threw seven no-hit innings is inexcusable.  It goes on their growing list of “worst loss of the season” games.

Things in the Bronx aren’t all bad, statistically.  Gleyber Torres is breaking out of his season long slump, and D.J. LeMahieu has longest on base streak in the Majors.  Rougned Odor continues his hot July with a home run and the tying double Saturday.  Greg Allen is proving his worth with a triple and three steals, and Estevan Florial is earning more playing time.  Aaron Judge is coming back, which could light a spark in this offense.

Part of why the three losses were frustrating is because the Yankees got good starting pitching.  Gerrit Cole was not at his best, but Jameson Taillon and Jordan Montgomery were.  Taillon went seven to allow for their comeback, and Montgomery pitched 5.2 shutout in the rain.  Bullpen meltdowns and poor management are to blame.  Why is Brooks Kriske pitching the tenth inning Friday, when he gave up four wild pitches?  Why is the infield back Sunday with a one-run lead in the eighth?  Boone does not seem to have answers to these questions.

The Blue Jays are in trouble.  A 1-4 week puts them way back in the AL East race and 4.5 back in the Wild Card with three teams above them.  I don’t know why they haven’t traded for pitching yet.  This lineup is too good for them to not try and make a run.

The offense is still hitting like expected.  Teoscar Hernandez hit three home runs, while Bo Bichette and George Springer hit two.  Springer also made one of the best catches of the season when he dived in Queens.  Vlad Guerrero Jr. is keeping pace in the triple crown race but still has work to do.  The Jays would certainly benefit if the bottom of the lineup started hitting more, but this is not where the issues lie.

They need someone to eat innings.  Ross Stripling was solid this week, but none of their starters went six innings.  Even the swingmen aren’t helping, as Trevor Richards, Thomas Hatch, and Ryan Borucki got knocked around.  The many internal options are not working.  It is time for Ross Atkins to dip into a good farm system and get quality pitchers in the rotation and the bullpen.

The Orioles are playing well since the All-Star Break.  They are 6-3 since then and 3-2 this week.  The O’s are coming off a sweep of the Washington Nationals, and the guys are playing with real heart.  It is the first time they swept a three-game Beltway Series since 2010.  After a backbreaking loss in the Tampa finale, they officially knocked the Nats out of the playoff race.  There was also a touching video Sunday of Trey Mancini signing an autograph, and the little boy almost crying because it meant so much to him.

You know who else is playing well?  Matt Harvey.  He of the 6.65 ERA has pitched 12 shutout innings in his last two starts.  John Means came back and pitched all right, and Alexander Wells was respectable in his first career start.  Jorge Lopez was effective, and Brandon Hyde pulled him at the right time.  This team might be quiet at the deadline without many trade chips, but they are worth watching for once.