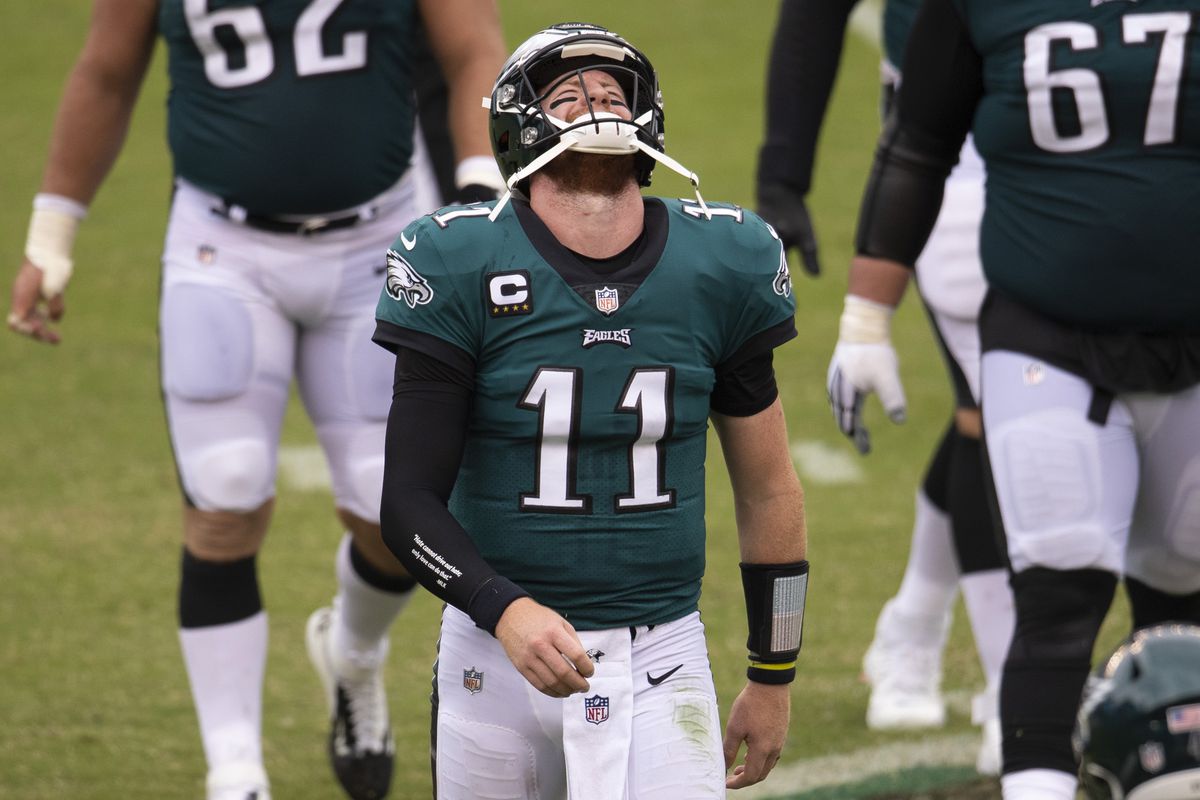 Indianapolis Colts head coach Frank Reich has been reunited with his former MVP candidate QB. Carson Wentz joins his former offensive coordinator after being traded to the Colts in a blockbuster deal that netted a 2021 third round pick and a 2022 conditional second round pick for the Philadelphia Eagles. The 2022 conditional pick could turn in to a first rounder depending on Wentz’s playing time in the coming season.

After a promising start to his Eagles career, Wentz, the number two overall pick in the 2016 NFL draft, struggled mightily in 2020. The Eagles signal caller was ultimately benched down the stretch last season in favor of backup QB Jalen Hurts. Between poor play, a developing history of injuries and a massive four year $128 million contract, the Eagles entered the offseason with a clear and public willingness to find a new home for Wentz.

Indianapolis was a natural fit for the 28 year old QB and the two sides were rumored to be involved in negotiations for weeks leading up to Thursday’s deal. Beyond the history of Wentz and Reich’s past success in Philadelphia’s once-great offense, the Colts were in desperate need of a new QB after Phillip Rivers announced his retirement in January. Indianapolis was also uniquely situated to be able to take on Wentz’s staggering contract with the second most cap space in all of football.

Colts GM Chris Ballard is clearly hoping that Wentz can return to his former glory in a new environment. Playing in a system he’s familiar with should aid a smoother transition, but perhaps the greatest cause for optimism is the clear upgrade in pass protection. Wentz’s Eagles allowed a league high 65 sacks in 2020, while the Colts tied for second best in the game in surrendering a mere 21 sacks over the course of the season. Wentz should also benefit from a younger, healthier and likely more talented receiving corps, which could further improve in free agency.

Wentz benefited from a fairly strong ground attack in the Philadelphia offense, but the Indianapolis backfield shouldn’t represent much of a drop off if any, with second year sensation Jonathon Taylor posed to build upon a remarkable rookie campaign. The new face of the Colts offense should also benefit from the presence of a robust defensive unit that should keep games well within reach.

In many ways, this appears to be the perfect destination for the Wentz. A strong and deep team surrounds him along with a front office well-positioned to make an additional splash or two as the offseason progresses. Re-signing longtime wide out T.Y. Hilton may be the first step in completing the 2021 Colts, but if he takes his services elsewhere, look for Ballard and company to go after free agent targets such as WRs Allen Robinson and Chris Godwin. Even if Hilton returns, the Colts may still have enough cap space to bring on another elite pass catcher to assemble on the deadliest offensive units in football.

With QB Deshaun Watson still demanding a trade from the Houston Texans and the Jacksonville Jaguars unlikely to be immediately saved by head coach Urban Meyer and QB prospect Trevor Lawrence, the Colts appear to have positioned themselves well in the AFC South. Wentz and his new teammates will still need to overcome RB Derrick Henry and the Tennessee Titans, but there’s certainly a case to be made that the division may now run through Indianapolis. That of course would still require the sixth year North Dakota State University product to turn around his QBR of 62.8 in 2019 and 49.6 in 2020, but the supporting cast is certainly in place to help get it done.

Carson Wentz to Indianapolis: From an Eagles Fan
Kevin Durant Out vs. Lakers But Kyrie Active