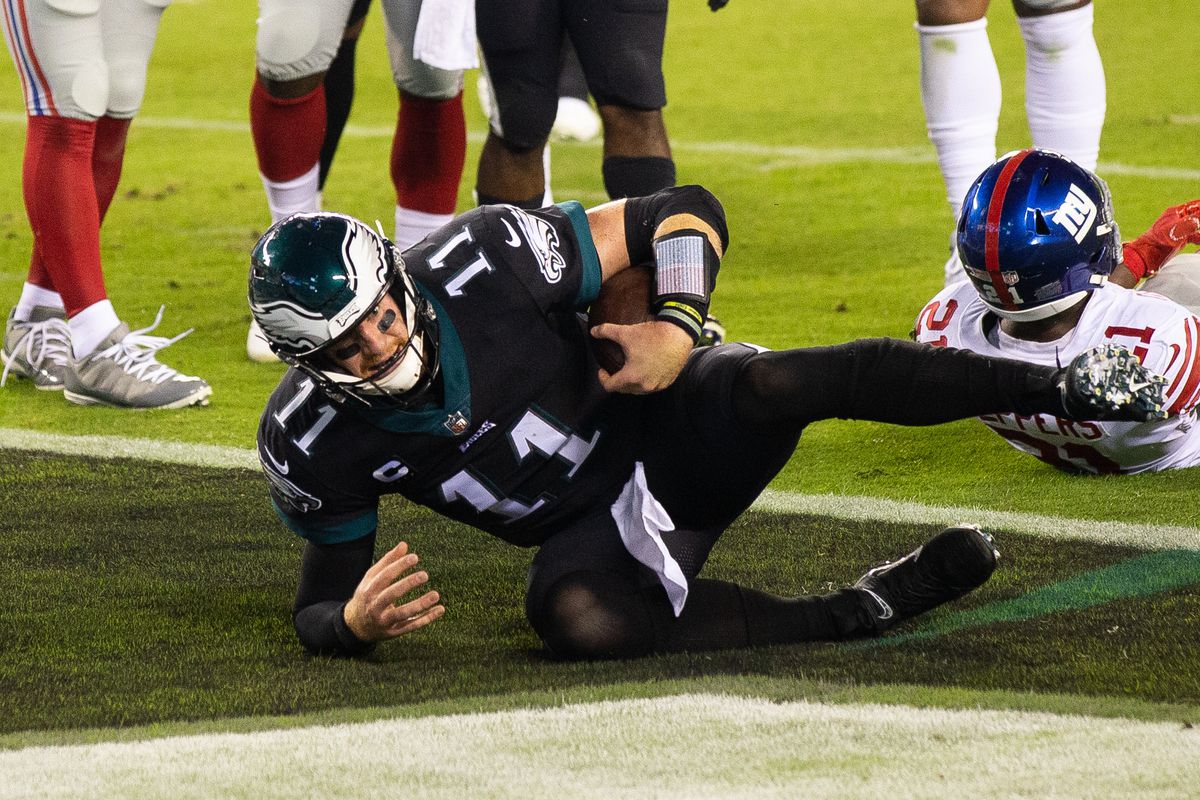 The NFC East was on display for the entire world to see. The Greek tragedy that is this division had its’ highs, its’ lows, comedic relief, and just pure torture. The Eagles scored ten points, scoring twice on their first three drives; it had the makings of a solid offensive output from Philly as Carson Wentz looked sharp and on-time in the early parts of this contest.

Redzone ineptness and poor execution played a big hand in the Eagles not scoring again until their backs were against the wall in the fourth quarter. Wentz threw an inexcusable interception to stud CB James Bradberry, Jake Elliott missed a chip-shot, and the Eagles were stopped on downs all at different points in the redzone.

“He’s (Carson) the leader of our team for a reason,” head coach Doug Pederson said. “But there’s some throws, there’s some decisions I think he would like to have back.” The Eagles, down 21-10 after a 15-play, 97-yard drive that ended in a TD from Sterling Shepard, were in need of a comeback. With five minutes left, Wentz rallied the troops and bared down in crunch time. He found WR Greg Ward on a three-yard rollout to cut the deficit to 5 (failed two point). The Eagles defense seemed to be losing steam late in the game but they had just enough left in the tank as they halted the Giants in order to get the ball back, in large part because of a significant drop by TE Evan Engram on third down.

With just over two minutes left, Wentz orchestrated a 6-play, 71-yard game-winning drive that ended in an 18-yard touchdown to RB Boston Scott. “I had to go make a play when Carson relied on me,” said Boston Scott. The third-year back saw a lot of success down the stretch to help the Eagles win the division in 2019.

One can only hope this will jumpstart the Eagles into gear as the NFC east is more than wide open: “If we stop shooting ourselves in the foot, no one will stop us,” said Scott.

It wasn’t a pretty win, but the Eagles will take them anyway they can get them, considering how decimated they are. The Eagles will use these next ten days to get healthier as they can claim sole possession of first place next Sunday night against the Dallas Cowboys.

Yannick Ngakoue Shipped Off To Baltimore
Daniel Jones Breaks the Internet, a Play in Three Acts