What a First Win Could Mean for the Falcons 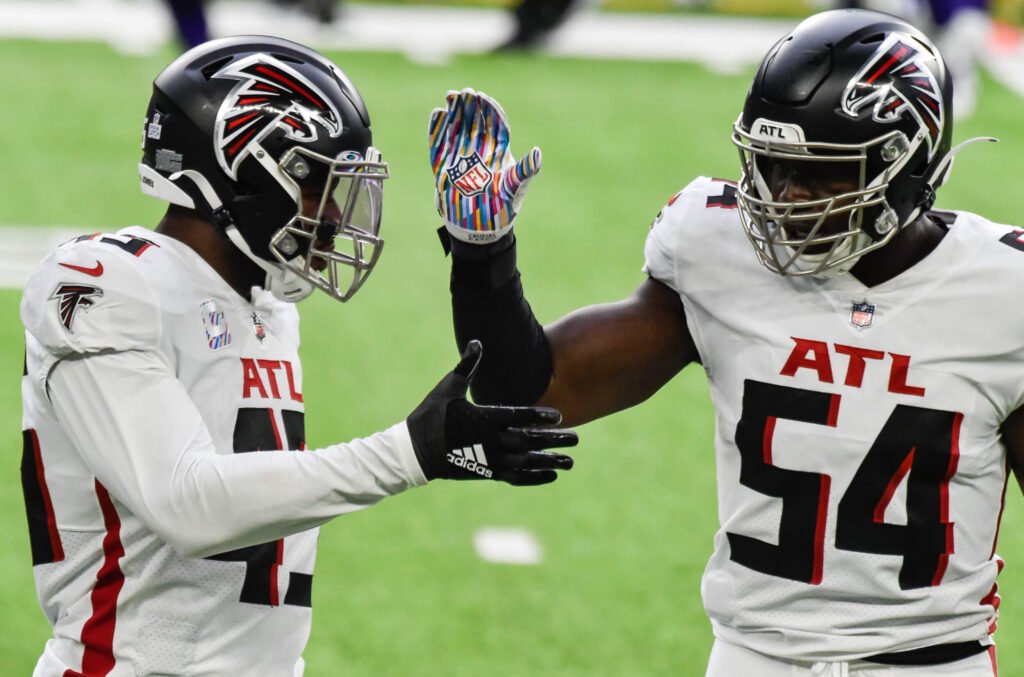 This past week was not a good one for Georgia sports. With all of the constant disappointments faced, one team in particular decided to surprise everyone and make a needed change and secure their first win of the season. That team was none other than….the Atlanta Falcons.

The Falcons were able to finally win their first game of the season against the Minnesota Vikings on Sunday where they finished with a score of 40-23. It is quite convenient that the team was able to lock in their first win after gaining a whole new staff of coaches and coordinators. So far this has proven to be a smart call on owner Arthur Blank’s part, but now the real question is, can the team continue their success throughout the rest of the season?

The Falcons’ offense made huge improvements this game, even despite playing against a team that had just shut out one of the top offenses in the NFL with seven third-down tries when they played the Seattle Seahawks the previous week. Nonetheless, the offense had no problem moving against the Vikings and were able to convert nine of 17 third-downs as well as went three of three on fourth downs, which is something they had previously struggled with earlier on in the season. These improvements came from improved play calling, made by new offensive coordinator Dirk Koetter, on early downs that allowed them to get into a very manageable position on those third downs.

Not only did their offense take a positive turn, but their defense also improved as they were able to prevent the Vikings from scoring up until the third quarter. They were able to convert three turnovers off of interceptions thrown by Vikings quarterback Kirk Cousins, one being in the very first play of the quarter made by Falcons linebacker Deion Jones. A.J. Terrell gained his first career pick in the second quarter off of yet another turnover made by the Vikings. The third pick of the first half was made by Falcons linebacker Foyesade Oluokun as a deflection catch that came from a quarterback sack thanks to defensive pressure up front by Falcons defensive tackle Jacob Tuioti-Mariner.

With help from the new defensive coordinator Jeff Ulbrich and new interim head coach Raheem Morris the Falcons defense was able to hold the Vikings as they were only able to convert three of their 10 third-down attempts. The Falcons were also able to stop the Vikings’ run where they only allowed them 32 rushing yards.

The return of Falcons wide-receiver Julio Jones after missing a majority of the last three games due to a hamstring injury sparked an improved game from quarterback Matt Ryan where he was able to complete 30-of-40 passes for 371 yards and four touchdowns. Not only did Ryan’s game improve, but Jones was able to secure his first touchdown catches of 2020 starting with a Falcons opening drive with a 20 yard score on the third and 11 conversion. The second one was late in the third quarter where he converted a fourth and three for an impressive 40-yard touchdown.

The Falcons have continuously struggled with and have previously been dominated by the Vikings in past seasons where they lost four years straight dating back to 2014. They were only averaging 15 points per game during those losses, so to be able to come back this season and not only win, but take a 17 point lead is a true testament to Morris’s coaching skills so far. The Falcons are not fully repaired yet, but this first win after a new and improved staff shows a lot of promise for the remainder of their season as well as potential permanent positions for the coaches and coordinators.