What Are The Chances of Kyle Busch Becoming a Free Agent? 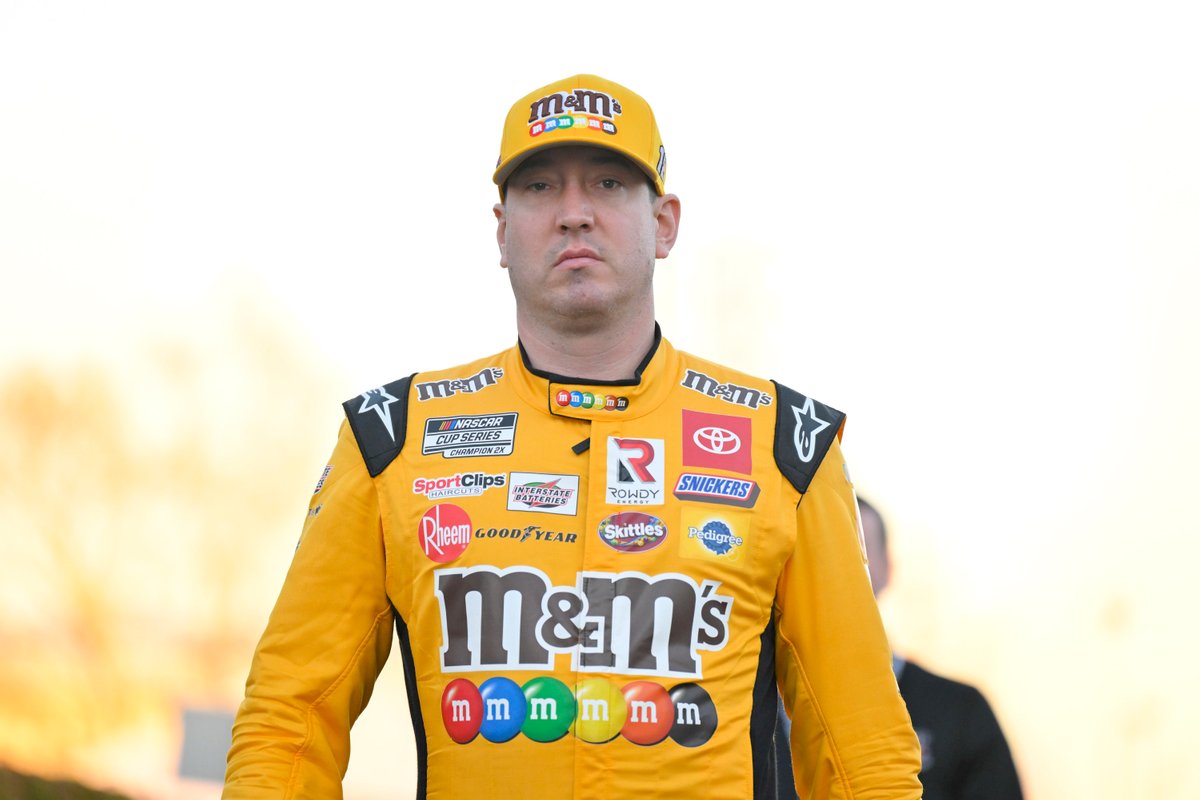 Earlier this year, the rumor mill was circulating around Kyle Busch even before the beginning of the season. It was announced that M&M’s of the Mars company would leave the sport at the end of the season. Kyle Busch has a reputation for controversy. It has shown on and off the track. This could be one reason why Mars is leaving the sport. It has been a struggle for Busch and Joe Gibbs Racing to find sponsorship for the #18 Car for next season. Something that some people never would’ve thought possible. There is one thing that fans and critics can’t deny, is that Kyle Busch is a raw talent. There will never be a talent like Kyle Busch again.

There are numerous reasons why Kyle Busch could leave Joe Gibbs Racing. For context, Busch has been Gibbs’ most successful driver in the history of the team. Busch has tallied 56 Cup Wins for the team, as well as two Cup Championships. So why in the world would Busch leave the team that he has been so successful for? The main reason is that, as previously stated, his longtime sponsor, M&M’s of the Mars company will be leaving the sport at the end of this season. Mars has also been a longtime sponsor of JGR, ever since Busch joined the team in 2008.

Another big reason is the possibility of younger talent needing a seat in the Cup Series. Every year, more and more talent starts to climb the NASCAR ladder. This leads to speculation about the possibility of the veterans of the sport could leave to go to other teams or retire. There will come a day for Kyle Busch to retire, but is that day sooner than we think it could be?

Will Kyle Busch decide to retire?

There will always be a time when every driver has to decide with the “R” word. Retirement. Each driver hates the thought of when they will retire. Recently, more and more legends of the sport have been retiring. Jeff Gordon in 2015. Tony Stewart in 2016. As well as Jimmie Johnson in 2020. There is a slim possibility that Busch feels that he has accomplished all that he can in the sport. Perhaps Busch will hang the helmet up forever. Busch very well could be focusing on his son’s racing career more than his own. Busch has accomplished more than anything that any driver could ask for. Over 200 premier series wins, 2 championships, 2 Brickyard 400 wins, a Coca-Cola 600 win, and a Southern 500 win. Busch has not yet won a Daytona 500, the last remaining piece of his puzzle. But the possibility is still there that Busch could decide to retire at the end of the season.

Where Could Kyle Busch end up in the future?

After numerous weeks and months of negotiating between Kyle Busch and Joe Gibbs Racing, Busch’s new contract could be coming to a resolution. It has been speculated that Busch was unhappy with JGR recently and wanted to explore the free agent market. However, that all very well could be coming to a head. More recently, Busch has been giving brief details about the contract negotiations with him and JGR. But if Kyle Busch doesn’t resign with JGR, where could he go? The possibilities are numerous and all very interesting.

What are the possibilities for Busch?

One obvious and unlikely possibility is that Busch could resign from JGR and continue to stay with his longtime team. The more than likely scenario would be that Busch resigns a longer contract with JGR until he retires. Busch is 37 years old and is a veteran of the sport that has been in the sport since he was 16. Another possibility would be back to the same team that gave him his Cup Ride, Hendrick Motorsports. Busch originally drove for the #5 car for Hendrick Motorsports. Busch only amassed 4 wins for Hendrick but also gained a reputation for being a hot-headed driver with a short fuse. The most notable incident that took place during his Hendrick days was against Dale Earnhardt Jr at Kansas in 2007. Dale Jr would go on to replace Busch as the 4th Hendrick driver in 2008.

If this scenario were to happen, it would be more than likely possible that Busch would replace Alex Bowman in the #48. All four current drivers for Hendrick Motorsports have healthy relationships with the team. It’s extremely unlikely that Busch would replace any of the Hendrick Drivers. Another possibility and the more likely scenario is that Busch would sign with Stewart-Hass Racing. Busch would go on to take over the #10 Ford Mustang seeing as Aric Almirola is retiring at the end of the season. The possibilities are quite honestly near endless for Busch. Whatever decision Busch makes will be the best for him, and his family. We will just have to wait and see what Busch decides on for his future.

An Overview on Tari Eason
A Prime Stolen By Concussions: The Sidney Crosby Narrative