What Can The Magic Expect From Markelle Fultz? 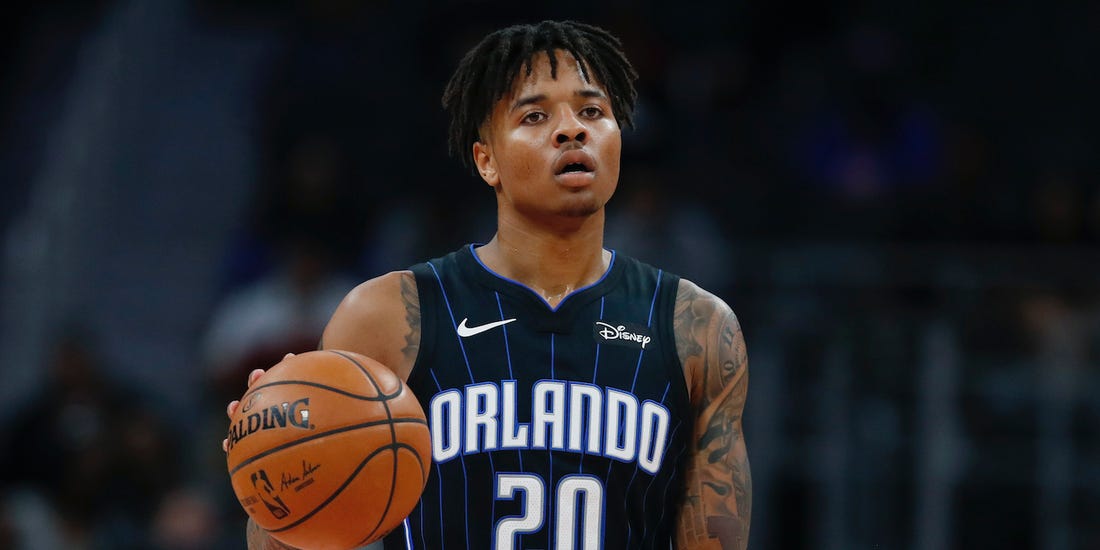 As the NBA season moves ahead, concerns from some NBA players still remain. An obvious one is the long separation from their families, friends and virtually the entire outside world. Once inside the Orlando “Bubble”, the players, coaches and staff along with anyone else associated with the games will be isolated.

If anyone tests positive while inside, they will be further isolated, placed in a personal quarantine away from everyone else. We all know that the bubble is a necessary precaution to mitigate these trying circumstances. Nonetheless, that doesn’t mean some players won’t have some difficulty implementing the protocols.

Recent social issues concerning the treatment of African-Americans from law enforcement have boiled over as well to add to the collective stress levels of the players. Many of them have openly questioned if the NBA should be playing games at all. Some of the players feel that the games will distract the masses away from the current issues. On the other hand, other players feel that playing and being back in the public eye will actually help keep attention on those very same issues.

The Orlando Magic were the first team to hold an NBA practice at the bubble given the quick commute. One player did not make the short trip, however, Markelle Fultz. It was reported that an “unnamed” player for the Magic tested positive for COVID 19 so early speculation had Fultz tabbed as the player due to his absence. It was later confirmed that it was not him.

Magic president of basketball operations Jeff Weltman stated via a videoconference that his absence was unrelated to the virus. So with some NBA players electing to opt out of playing the remainder of the season, was Fultz doing the same thing? Not according to Weltman who at the time said he expected Fultz back at some point soon. That happened earlier this week, with the absence excused for an undisclosed family matter according to Weltman. Head coach Steve Cifford, however, gave a discouraging update about the current status of Fultz.

Clifford stated this week that Fultz is not physically ready to return to the lineup, with no timetable given as to when the point guard will be able to suit up.  Fultz returning ASAP is integral for the Magic to have any chance of making it out of the first round. The Magic were the hottest team in the NBA when things shut down, with Fultz leading the charge. For most of the season, Fultz averaged 11.7 points and 4.6 assists, 46.2 percent from the floor and 73.9 percent from the line playing 27 minutes a game. The 10 games after the NBA All-Star Weekend, an uptick in Fultz’s game became evident. Something in the point guard seemed to click and he became the spark the Magic needed to finally find their offensive groove.

During this mini stretch, Fultz averaged 12.9 points and 6.6 assists while shooting 51.4 percent from the floor. Naysayers can point out that about 42 percent of those shots were from five feet or closer. Such a high percentage of shot attempts that close is a bit of a concern, but Fultz’s ability to get to and finish at the rim has always been his bread and butter. One really positive thing to mention is the mid range game was where Fultz was doing the most damage.

Fultz shot 67.7 percent on shots from 10-19 feet, opening up the floor for his own drives as well as kick outs to other players. With teams almost daring him to shoot, much like how teams would defend Boston with Rajon Rondo, Fultz torched them time and again. Unfortunately when it came time to sink a three, that was another matter. Fultz was downright awful behind the arc, hitting just above 25 percent of his shots, well below the league average for his position. After this crazy season is done and dusted for the Magic, jump shooting, especially from the three point line, will undoubtedly be the most important part of his game to improve on.

Fultz was drafted number one overall by the Philadelphia 76ers in 2017 after the Sixers swapped lottery picks with the Boston Celtics. Notable players followed like Lonzo Ball, who went to the Los Angeles Lakers as the second overall pick. The Celtics then nabbed Jayson Tatum at number three, with most NBA pundits now feeling that he, not Fultz, should have been the first pick in the draft. A  bit later the Utah Jazz struck gold with Donavan Mitchell at the thirteenth pick.

With the players chosen after Fultz making immediate impacts on their teams, pressure was on Fultz to produce right away. Meeting expectations became the narrative, something he failed to do. A hitch in his jump shot had fans and media talking about possible nerve damage in his shooting shoulder. Some questioned whether or not he was equipped mentally or physically for the NBA grind. Add Ben Simmons into the mix and the writing was on the wall quick for Fultz. After only his second season he was dealt to the Magic for Jonathan Simmons and a couple of picks.

Coming into the current season, Fultz was being referred to as a possible bust, even at his young age. The 2017 NBA Draft saw five point guards taken in the top ten, and almost all of them had outperformed Fultz their first two seasons in the league. One possible exception is Frank Ntilikina, but he was drafted by the New York Knicks, so we’ll give him a bit of a pass. Of the point guards selected, Lonzo Ball is the player most compared to Fultz. Ball himself had been looked at by some as an underwhelming performer before this year.

To many, the perception of Ball changed when he found a home on a young, talented Pelicans team after a couple of odd years with the Lakers. One big reason given for the turnaround in Ball’s game is the notable improvement from behind the arc, shooting .383 this season. The son of the infamous Lavar Ball did this while still dishing out seven assists to go with 12.4 points. Ball’s improvement has finally seen him being mentioned with Tatum and Mitchell as potential All-Stars for years to come. Can Fultz accomplish the same reputational transformation as Ball? The NBA restart may give us some answers, but if Fultz and the Magic fall flat it’ll just lead to more questions heading into a shortened off-season.

The road to dropping the “bust” label for the young point guard began earlier this season. To have the label dropped completely, Fultz will have to keep improving during the restart. Through the second half of this season before it was halted, Fultz had seemingly turned Sixers trash into Magic treasure but that was almost five months ago. The million dollar question of whether he and the Magic can recapture the offensive continuity they had discovered still remains. If Fultz can pick up where he left off before the shutdown, his name may start to be included among the other young stars.