What Cowboys Fans Should Be Excited For This Upcoming Season 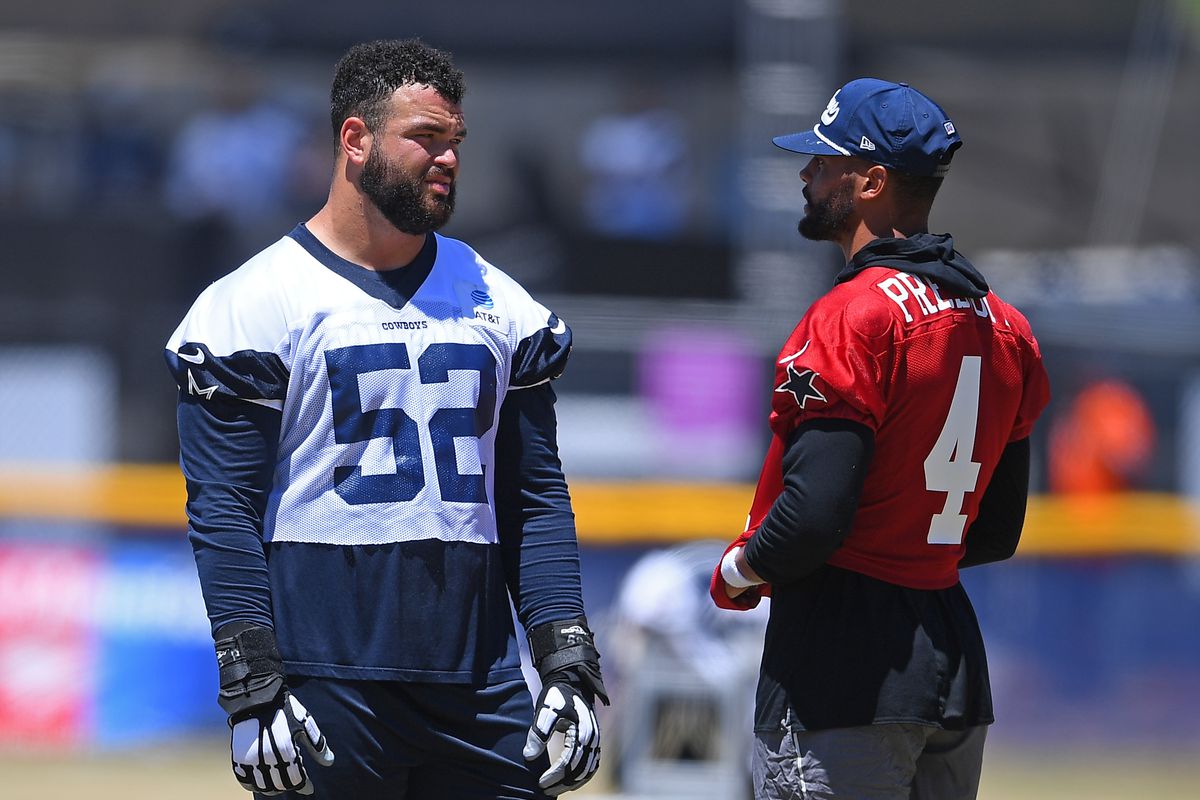 Dak Prescott looks on at his team during Mini Camp (via dallascowboys.com)

After another heartbreaking end to a season, the Dallas Cowboys and their fans look forward to the 2022-23 NFL season. Last season America’s Team won the NFC East with a 12-5 record. At times last season, the Cowboys’ looked unstoppable and were truly looking to make a run in the playoffs.

That dream came to a quick end whilst losing to the San Francisco 49ers at home 23-17. Every Cowboys fan felt the heartbreak once again when the clock hit zeros. It seems like every season the Cowboys have such hope to get over the hump of not being able to make it to a Super Bowl since 1996, but evidently, find a way to let games slip through their grasp.

Prescott will be going into his seventh NFL season this year. The veteran quarterback has proved that he is a top ten player at his position. Dak is coming off a career-high 37 touchdowns along with 4,449 yards and 10 interceptions. Last season was his first season back from suffering a compound fracture in his ankle against the New York Giants in 2020. There were times Prescott did not look particularly comfortable making certain plays. Although with another full offseason to heal and get over the gruesome injury, he should become more comfortable in and outside the pocket this season.

Prescott has shown time and time again that he can lead Dallas to victory. He needs to remain confident in himself and his decision-making on the field to keep the winning ways up. One thing fans would like more out of Prescott is knowing when he should tuck the ball and run. In his first few years in the league until his injury, Dak was a running threat. If he can get back into becoming that kind of threat it will only make the offense better. With a healthy Dak Prescott at the reins, America’s Team will always be put in a position to win.

For countless years, Cowboy fans complained that there offense was never helped out by the defense. Last year things took a turn for the best, finally. Defensive coordinator Dan Quinn came in and made this defense something opposing offenses should be afraid of. The defense, led by Defensive Rookie of the Year Micah Parsons, generated 41 sacks (13th), 26 interceptions (1st), and 13 forced fumbles (15th).

Cowboy fans should look for much of the same results as last season out of this defense. Parsons showed he is already a top linebacker in the game. He will only continue to grow and make more of an impact as his career goes on. Cornerback Trevon Diggs had a historical season recording 11 interceptions. The first-team All-Pro is an absolute ball hawk that will continue picking quarterbacks off left and right. Dan Quinn has put together this defense that should cause serious headaches to opposing teams all season.

Last season, running back Ezekiel Elliott looked like he was back to his old self. He came out with an extra kick but that disappeared quickly into the season. Elliott played on a partially torn PCL for the majority of the season which hindered his performance noticeably. After an offseason to recover, Elliott should return to himself as a hard downhill runner. Pair that up with the speedy Tony Pollard and they are arguably one of the best 1-2 combos in the league. Pollard has also been moved out to play receiver in some sets in minicamp which is something that fans should look out for. Having both on the field at the same time will open up many home run play opportunities.

There will be a new number one receiver this year in Dallas. After trading Amari Cooper to the Cleveland Browns, Ceedee Lamb will have to step up and be the number one for the first time in his young career. Most fans are worried about the depth at the receiver position but there are pieces in place to make the receiver room move as it once was. Michael Gallup is expected to return in September after tearing his ACL against the Arizona Cardinals last season. Lamb and Gallup are more than capable to make plays at receiver and make this the number one offense in the league again.

Additions such as third-round pick Jalen Tolbert and former Steeler James Washington will also look to add to this offense. Tolbert will have plenty of opportunities in his young career to contribute in big ways this season especially early when Gallup is still out. Washington is a veteran who will have a bigger role and will be able to make a name for himself.

To conclude, Dallas Cowboys fans should come with the same excitement and hope as every other season. This team has the talent to make noise in the playoffs and more. The key is for the team to stay healthy and motivated to capture that Lombardi trophy. Get ready for another roller coaster of a season Cowboy fans!