What Deshaun Watson’s Suspension Means For The Browns 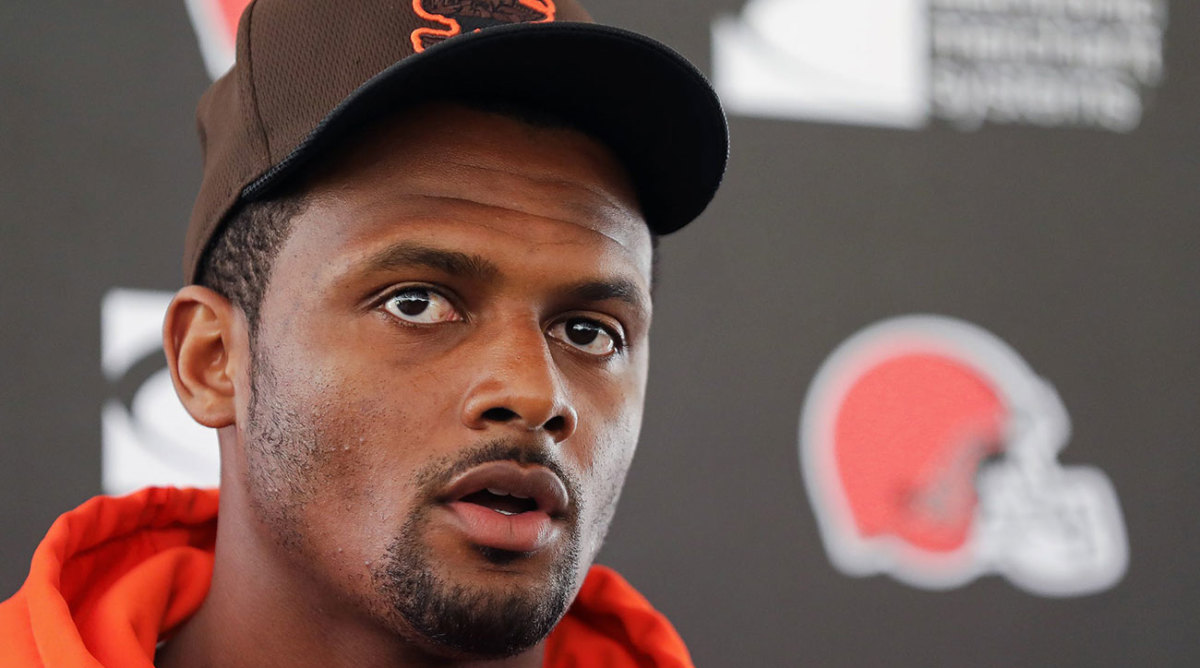 It was announced on Thursday afternoon that Deshaun Watson has received an increased suspension of eleven games, along with a five million dollar fine due to violating the NFL’s personal conduct policy. This new suspension puts him in line to return for a Week 13 matchup with the Houston Texans, his former team.

With a star-studded roster on both sides of the ball, the Cleveland Browns are expecting to be a playoff team regardless of the length of Watson’s suspension. However, there is no denying that missing Watson under center for a majority of the season will impact the Browns from here on out.

Watson’s increased suspension brings up one very important question: Are the Browns truly comfortable with having Jacoby Brisett run the offense for most of the 2022-2023 season? If you ask Kevin Stefanski, the answer is yes. Stefanski has been very impressed with Brissett’s understanding of the offense.

On the other hand, the Browns front office may not be as confident in the veteran quarterback. The Browns are expected to consider trading for 49ers quarterback Jimmy Garoppolo after the significant increase from six to eleven games (via Mary Kay Cabot of The Cleveland Plain Dealer).

Jimmy Garoppolo has proven to be a far more reliable quarterback in his career than Brissett, having a significantly higher career completion percentage and passer rating. Garoppolo has also demonstrated his ability to win games, having a .698 career Win pct, the 4th highest percentage among active quarterbacks with 50+ games started.

The 49ers owner Jed York has claimed to have no issue with rostering Garoppolo this season, but this could be a last-ditch effort to salvage some trade value for him. It is quite likely that the 49ers may release Garoppolo prior to August 30th, when his contract becomes fully guaranteed for the season. It should not come as a surprise if the Browns are one of the first teams to enter those negotiations for the 30-year old quarterback.

In any case, the Browns should rely on their rushing attack even more often through the first 11 weeks of the season, headed by Nick Chubb, Kareem Hunt, and their elite offensive line. They’ll hope to be in the playoff race prior to the return of their 3-time Pro Bowl quarterback.