What does Davis’ rough start mean for the Oakland Athletics? 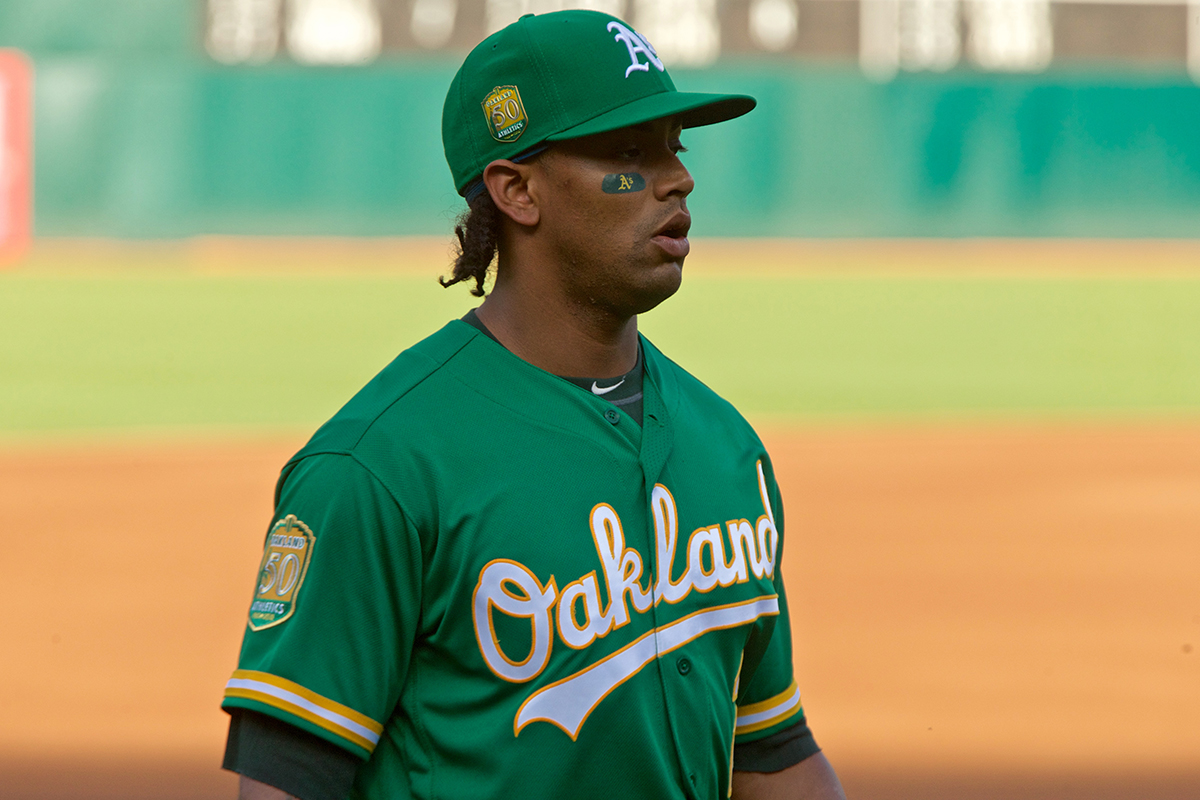 Why is Khris Davis off to such a slow start? Nothing seems to be working out with him so far in this 60-game season. Will his long-term deal hurt the Oakland Athletics’ chances of re-signing other players?

Khris Davis was first acquired by the green and gold in 2016 in a trade with the Milwaukee Brewers for two prospects: Bubby Derby and highly touted Jacob Nottingham. Both prospects have struggled to find their comfort zone in the big leagues.

His near-MVP campaign in 2018 was rightfully rewarded with an extension as the A’s locked him up on a two-year $33.5 million deal just as the following season got underway. The pressure is especially immense since this extension means the A’s have Khris Davis to do one thing: hit home runs as a designated hitter.

Originally acquired as a left fielder, Davis’ fielding deficiencies became apparent, particularly with his weak outfield arm. His defensive runs saved (DRS) dropped as low as -56. His bat was too crucial to keep out of the lineup on any day. Therefore, he became the team’s everyday DH; not an issue for the team except for when they would play at National League ballparks.

Shortly after his contract extension however, Davis sustained a hip injury that really hampered his power for the rest of the 2019 season. From July to season’s end he hit just seven home runs. Davis said he felt healthy once again in Spring Training, but he is off to the roughest possible start. He has not gotten a single hit in his first 17 plate appearances this season.

His slump earned him a day off in the lineup on Wednesday, but the kind of slump he is in is the kind that can be especially disheartening to the fans since he is a highly respected player in Oakland. His slump has stretched to the extent that it comes to little surprise when he is the rally killer in a big inning.  This has contributed to the A’s recent struggles with leaving runners on base. They went 0 for 14 with runners in scoring position these past two games against the Colorado Rockies.

Manager Bob Melvin and the team know that he is definitely capable of bouncing back, especially because he has at least made solid contact so far this season. But giving him this extension puts into question how the A’s will be able to pay and keep some of their other valuable star players.

The team’s most productive hitter last year in everyday shortstop Marcus Semien is set to become a free agent in 2021. Other hitters whose value is expected to increase are All Star third basemen and Gold Glove Winner Matt Chapman and first basemen Matt Olson, who are both arbitration eligible in 2021. Olson and Chapman are the core power hitters in the middle of the A’s order who actually produced last season.

Matt Chapman has had a comparably better WAR then Davis in the past two seasons. Some of this has to do with the fact that he is one of the best defensive players any team could ask for. He ranked in the top five in (DRS) the past couple seasons as the game’s premiere third basemen. Matt Olson’s production is similar as he is also a premiere fielder at his position. Like Chapman, Olson won back-to-back Gold Gloves. Semien has also been named a Gold Glove finalist at shortstop the past two seasons.

Davis’s salary, as the highest paid player on the team, makes up 17.4% of the team’s payroll. One of these young stars might have to take a slight pay cut if the A’s want to maintain all three of them, if not be flexible in their arbitration demands. The A’s have historically been known as frugal spenders over the years. This comes from having the fifth lowest team payroll in the majors.

All of these men have brought great chemistry to the A’s clubhouse and have enjoyed playing under Melvin. It is important that Khris Davis starts to step up and return to the  form of him we saw prior to the contract extension and injury if he wants to continue to prove his contract worth.

The possibility of a universal DH following this season might add some value to him, but time will only tell if that rule will actually come into play. If the A’s continue their winning ways and young dominance, big arbitration demands will likely come in the future. This will require longtime A’s General Manager Billy Beane to strategize the most effective way to maintain this young championship group of players for the long haul. All of these players have grown as a result of playing for the Oakland A’s.

Interview With UFC’s Mike Rodriguez!
Should the Braves drop “The Chop” ?