What Happened To All-Pro Telvin Smith? 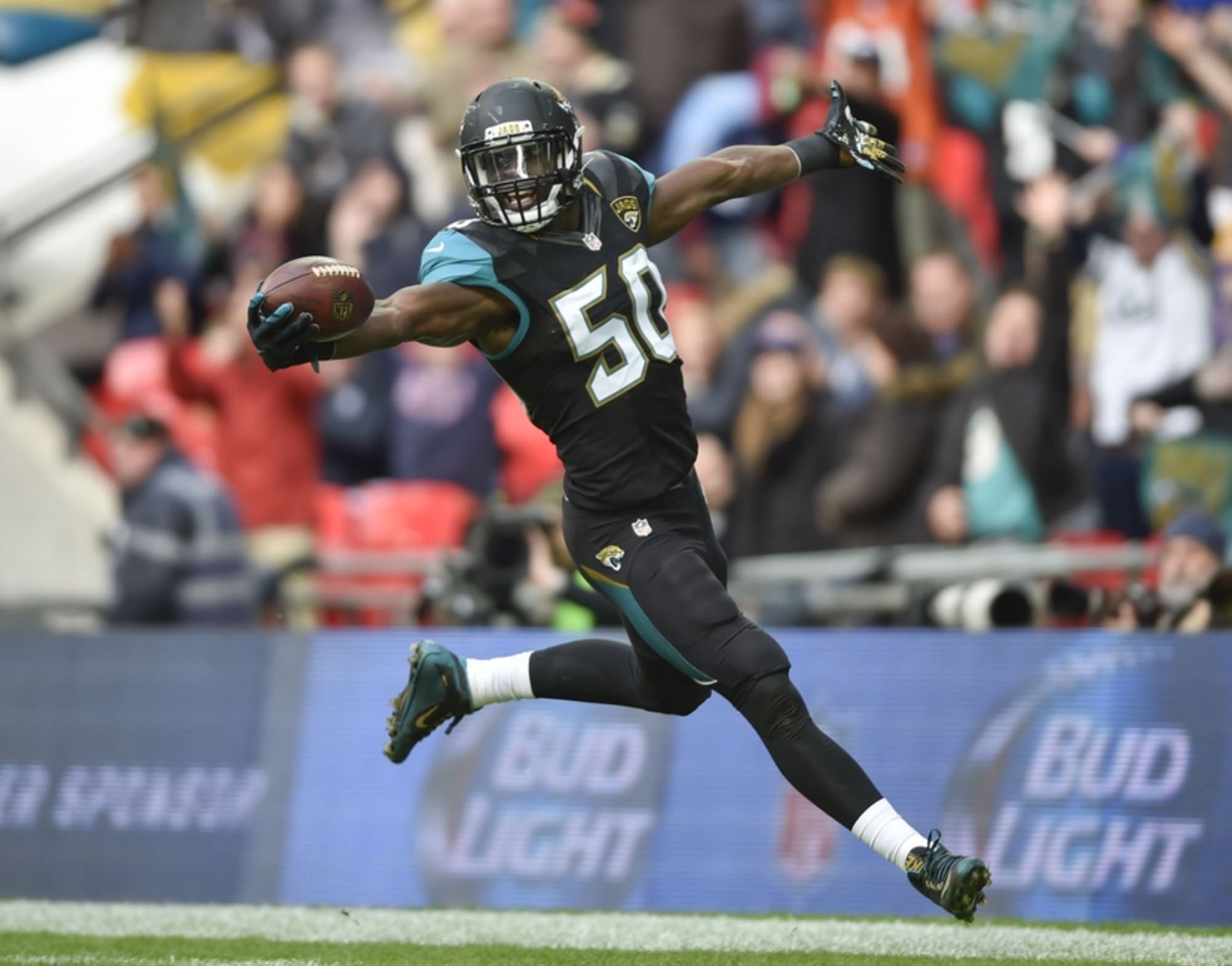 Telvin Smith was a phenomenal linebacker for the Jacksonville Jaguars and was a part of the “Sacksonville” defense. However, we have not heard from Smith since 2018, well at least football-wise. So, what happened to Telvin Smith?

Smith went to Florida State for 4 years and barely played as a freshman. Telvin would carve a small role as a sophomore and junior. He would finally become a starter in his senior season. Telvin would play well that year, boosting his scouting report. That lone senior season as a starter was Telvin’s best year as he made Second Team All-ACC. That year would put his name on the draft boards. He then declared for the 2014 NFL Draft where he would hope to hear his name called. Scouting Reports had Telvin projected as a Day 2 pick, more specifically the third round. Sadly, the FSU product would end up being drafted in the 5th round of the 2014 draft by the Jacksonville Jaguars.

Telvin would immediately become an impact player getting over 100 tackles in his rookie season. Smith would continue to get better as a player, quickly becoming a great inside linebacker having over 100 tackles every season of his career, along with a few pick-sixes. However, no season compares to 2017 when he was a pro bowler and second-team all-pro on the second-best defense in the league that season known as Sacksonville. That season in 14 games he had 102 tackles, 1 forced fumble with 2 recoveries and one being a touchdown, and 3 interceptions. His interceptions mark tied to lead all linebackers adding on to that he had another touchdown. Telvin graded well too, with a 79 overall PFF grade and a run defense grade of 87.4. Smith was incredible this season, and in the postseason where Jacksonville would go on to the AFC Championship. Telvin would lead the postseason in tackles by 13 despite losing in the AFC championship. This playoff run made it seem like Sacksonville was going to go on for many years to come.

“Sacksonville” would come to an end very soon. On May 9, 2019, Smith stated he would “take a year off of football” to concentrate on his family and health. Smith’s decision came after team executive Tom Coughlin called him out for not attending the voluntary workouts. There were also many attempts from coach Doug Marrone to get in contact with Smith but even after the Instagram post he was never able to get in contact with the 5th-year linebacker. Telvin was just the first piece to go, almost everybody got traded or cut from Jacksonville within the next year. So it seemed as if Telvin made the right decision to potentially retire given what had happened to the Sacksonville defensive unit. Maybe he would come back and either help the rebuilding Jags or try to get traded. However, none of those things happen. Telvin never came back to the NFL

So why did Smith never return to the Jaguars? He received a few offers to play that season and denied all of them, staying true to his word. In January 2020, he said he did not want to play for any other organization besides the Jaguars. In an Instagram post coming soon after this statement, he said “Ain’t no way [I’m] [letting] another 5 go like the last 5. I REFUSE.” The first 5 years of his career were tough for him and he decided it was best to retire from the game.

For Telvin, this isn’t the only thing that happened during this time off for the former linebacker. Just a few months after the January 2020 Instagram post, Telvin would do something terrible. On April 29, he was arrested in Florida on suspicion of unlawful sexual activity with a minor based on two occasions that happened in 2019. It came out that he tried to pay the girl hush money, $200, to keep quiet about their first encounter on August 27, 2019, and the other encounter took place in Telvin’s car sometime after. Smith needed time to “get his world in order,” as he said in his retirement post. He means order in the court. Telvin was released on bond from jail for $50,000 but charges were pressed and a case was to begin. He would originally plead not guilty in May 2020.

Smith’s case would finally be resolved in May 2021. Smith had pleaded no contest to the accusations. A plea deal was in place with the prosecution where Telvin would get just 3 years probation for a charge of third-degree child abuse. There were also restraining orders and he is unable to see women under 18 that are not in his immediate family.

So that answers the question of what happened to Telvin Smith. He wanted to take time off to focus on his family, mental, and physical health. However, he ended up not caring about his family or life and broke the law, and paid some consequences. There was a career ahead of him with tons of success coming in the future. Telvin threw it all away with a series of dumb decisions that cost him more than he himself sacrificed.