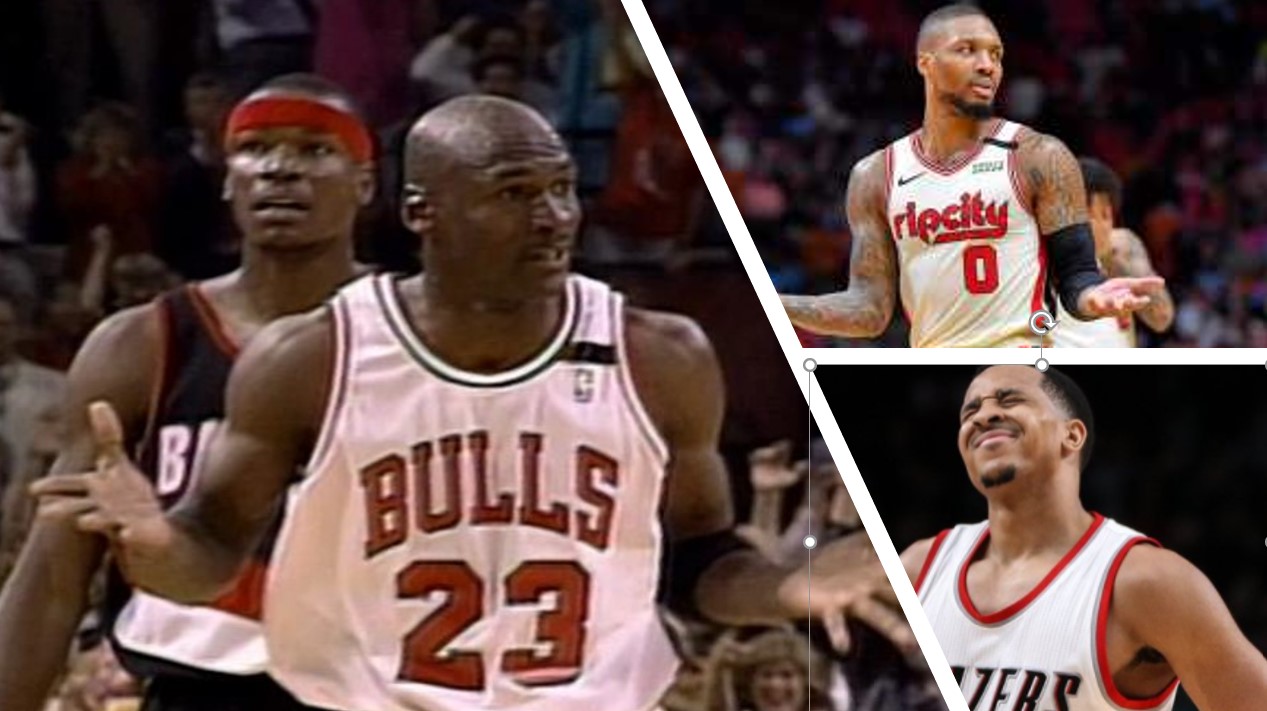 The Portland Trailblazers’ current makeup and situation as we know it today, began with the now infamous shrug from Michael Jordan in Game One of the 1992 NBA Finals, after Jordan hit his sixth three-pointer.

The shrug has been Portland’s mentality and answer … the look on Uncle Cliffy’s face is a microcosm of the Portland fan base, especially this season. 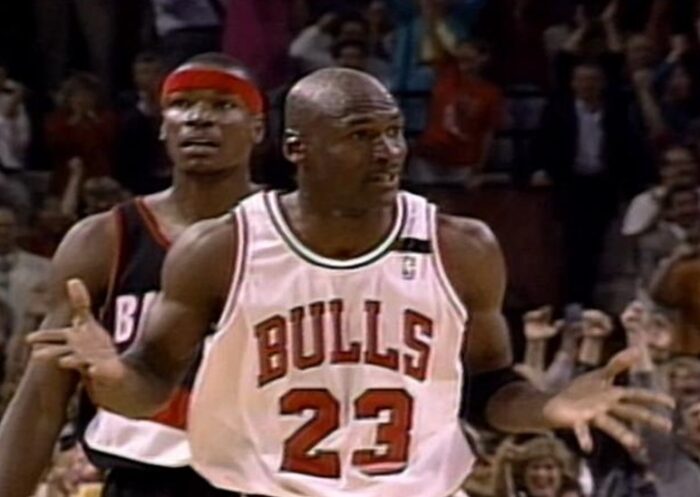 Here the Blazers were getting beat by a guy – as great as he was – who was a mediocre three-point shooter at best, hitting 27 percent that season and only 32.7 in the playoffs in the Chicago Bulls’ run-up to their second of six NBA titles in the Jordan era.

Meanwhile, Portland has been stuck in that shrug mentality since getting gunned down in the NBA equivalent of a St. Valentine’s Day massacre, their most recent embarrassment coming at the hands of the Golden State Warriors in 2019, who swept the Blazers in the Western Conference Finals.

Portland hasn’t been able to get off the mat – again – since, and Damian Lillard hasn’t been the same player that confidently waved goodbye to Paul George, Russell Westbrook, and the Oklahoma City Thunder crowd since 2019.

Through it all, C.J. McCollum has persevered, and oft time, put the Blazers on his back as the team fought through Lillard injuries, the injury and rehab of center Jusuf Nurkic, the improprieties of the front office and eventual ouster of Neil Olshey, and – lest we forget – a collapsed lung.

As a Portland native and having a lifelong allegiance to my hometown team, I have had to come to learn to live with disappointment and have had to go into writing about all things basketball to find good outside Blazers basketball.

I recently posted a thought on Twitter about how long of a drought it’s been.

Sure, it’s been longer for some other clubs. Both the Phoenix Suns and Milwaukee Bucks were on 50+ year droughts last season, and the Bucks emphatically and dramatically ended theirs after going down 0-2 to the Suns and then racing back inexplicably to four straight wins for Giannis Antetokuonmpo and Co.

And this season, the NBA-best Suns are showing the fire and resilience you want and expect in a team that came oh-so-close to their first title. Having spent three seasons in Phoenix, they’re like family, so you take pride in that fighting spirit.

But being born and raised in Rip City, seeing Lionel Hollins, Bill Walton, Geoff Petrie, Maurice Lucas, and Bobby Gross go through the likes of Maurice Cheeks, Henry Bibby, George McGinnis, Darryl Dawkins, and Julius Erving and be a part of the fan base in the parade through downtown Portland at age 12, and then having lofty expectations the next 45 years isn’t unreasonable, is it?

I’ve sat by as hopes were pinned on the broad shoulders of Arvydas Sabonis, only to watch Portland continue to lumber through centers that were more fragile than Samuel L. Jackson’s character in ‘Unbreakable,’ draft mistakes, players using their playing cards as driver’s licenses, getting caught smoking weed from a Pepsi-can bong, and … well, need I go on?

There have been positives, like my long-time best friend and colleague, Bill Ingram, pointed out (he also grew up watching the Blazers having family in Oregon, but is a few years behind me, so different eras), the 1990-92 Blazers of Terry Porter, Clyde Drexler, Buck Williams, the late Jerome Kersey, Cliff Robinson, and the late Kevin Duckworth.

I also got to watch a young teen named Eric Spoelstra grow from a ball boy in Portland, younger brother of Monica Spoelstra, into a coaching phenomenon and was the first and only one to predict Spo taking over from the legendary Pat Riley back in the summer of 2008 when I was writing for Hoopsworld.

There have been positives.

But it’s still been a 45 year wait that will now extend longer with McCollum off to Bourbon Street, where he will help the New Orleans Pelicans improve without doubt.

The plan in moving McCollum was to open up a crap ton of cap space to attract big name talent to play alongside Lillard.

When was the last time a small market team was able to attract talent for a championship run?

Ja Morant has built the excitement in Memphis and some talent may want to play with the Grizzlies as a result. 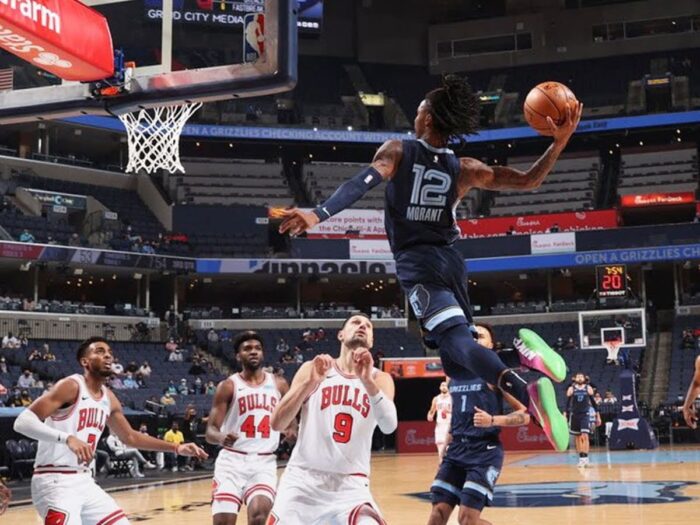 Tim Duncan stayed in San Antonio and had Gregg Popovich for a coach that has a resume of success and five championships in their collective tenure.

Now all Presti has is what amounts to a G League roster.

And that is what Portland will be after trading away McCollum, Robert Covington, and Norman Powell if they can’t get anyone to come to the Rose City to play alongside Lillard.

If Chauncey Billups can’t hone his coaching chops in an expedited fashion.

And if Lillard decides to test the waters of free agency. 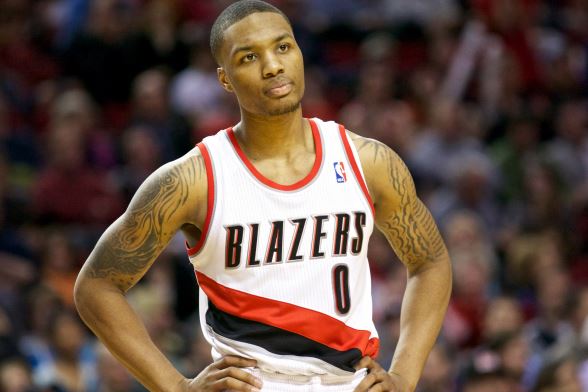 If that happens, the G League just has another team … and lifelong, loyal fans like this writer will see the inside of a coffin before they see another set of fires and cars tipped over in downtown Portland not accredited to Antifa.

You’re on the clock, Joe Cronin.

Should have brought Danny Ainge home, in my opinion.

The Rundown v110921 – Currying the Load, the Family Name, and Competition in the Name of Brotherly Love
Morey Gets His Man, Russ Stays, as Do Grant and Harris