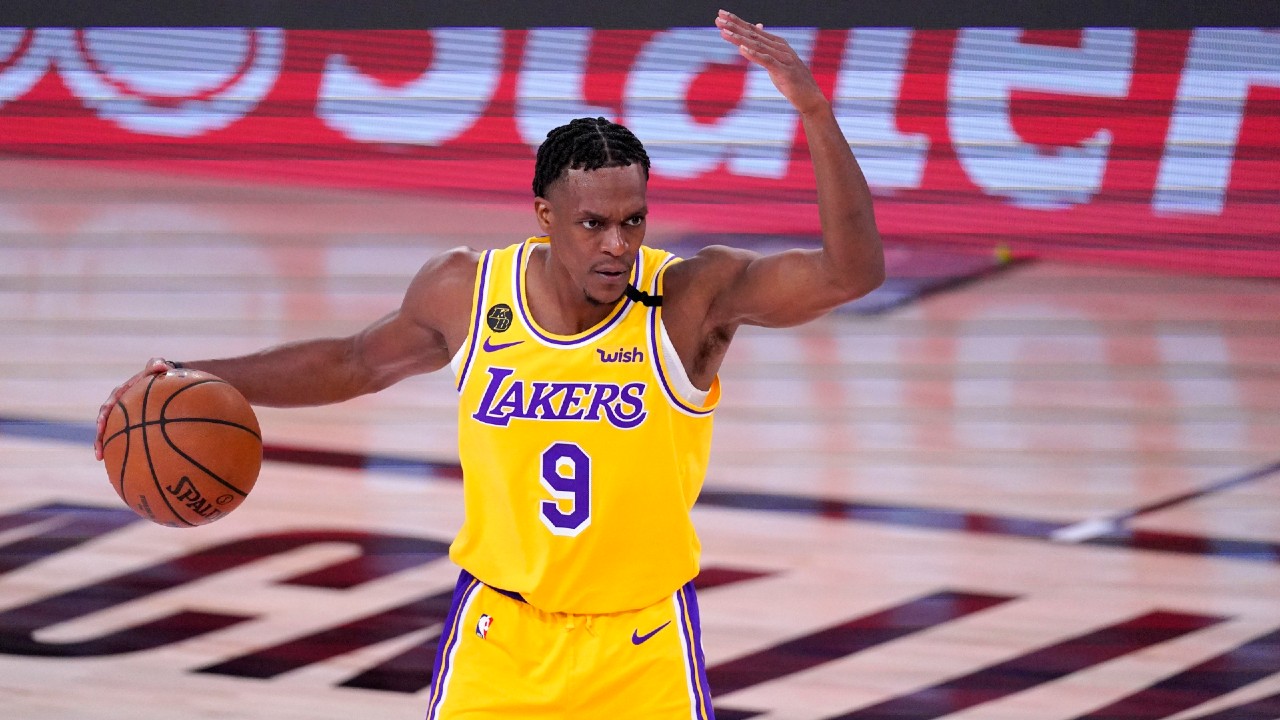 The Los Angeles Lakers signed veteran guard Rajon Rondo Tuesday afternoon. ESPN’s Adrian Wojnarowksi broke the news this past Saturday. Rondo recently was traded by the Los Angeles Clippers in a deal with the Memphis Grizzlies for Eric Bledose. Both the Grizzlies and Rondo agreed to a buyout thus making him a free agent. Once waivers cleared, it was evident that the Lakers were frontrunners to sign him.

Rondo appeared in 45 games for both the Atlanta Hawks and Los Angeles Clippers last season. For the season, Rondo averaged 5.4 points, 4.4 assists and 2.4 rebounds with 17.1 minutes of playing time. In addition, he shot 32.8% from behind the arc and 44.2% from the field.

What makes this signing perfect is that Rondo fits the theme of this team perfectly. Vets who are willing to make a sacrifice for the better of the team. The Lakers have a record five 35-year old players on this roster. However, they still have at least one good run in them for a championship.

“Wisdom is definitely key to winning a championship,” Rondo said. “We have a lot of that, obviously, with the age and experience on the court. I’m most excited about not being the oldest guy on the team anymore. I’m actually about [fifth oldest] now, so that’s a big step for me going from two months ago I was the oldest guy on the team and now I’m one of the young guys.”

With Rondo on the roster, it brings another high IQ player. Just having LeBron James alone is amazing but add Rondo, Carmelo Anthony, Dwight Howard, Russell Westbrook and Anthony Davis the sky’s the limit. Rondo understands coverages on both ends of the court and how to exploit an opponent’s weakness. This was especially evident during the 2020 playoffs in all three rounds. Not to mention that this will give less stress to LeBron on ball handling duties and focus on more off-ball work.

In conclusion, this signing will benefit both parties in the highest form. Rondo plays with a roster full of veterans who truly understand the game. Nonetheless with the younger players such as Talen Horton-Tucker, Malik Monk and Kendrick Nunn, they have the opportunity to learn from him and others to not only improve their game but to understand the game through the eyes of future hall of famers. The Lakers now have one roster spot left open.