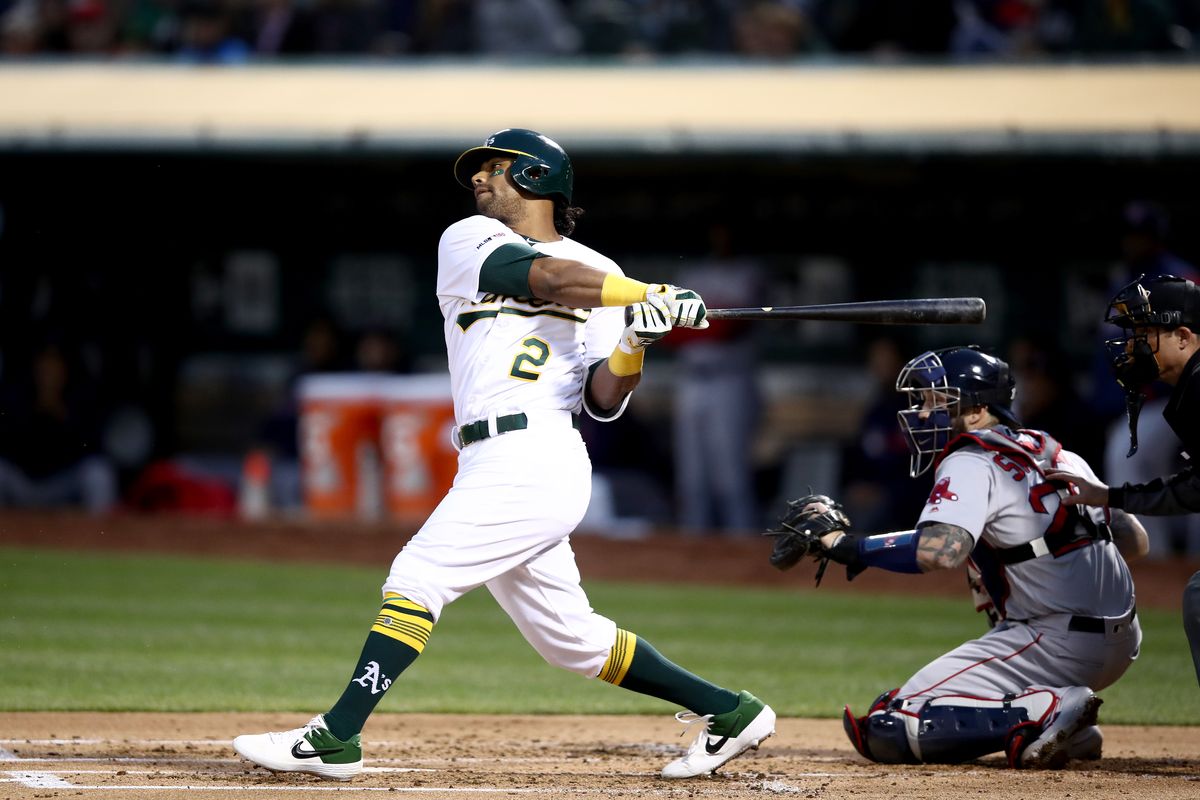 On Saturday, it was reported that the A’s traded away slugging designated hitter Khris Davis to the Texas Rangers for shortstop Elvis Andrus. This move will help the team fill a major void at the shortstop position in the wake of Marcus Semien’s departure. The package from the Rangers also included catcher Aramis Garcia and $13.5 million. In addition to Davis, the A’s are giving up catching prospect Jonah Heim and 2020 4th round draft pick, right hander Dane Acker.

Gain From The Trade

Overcoming a past nemesis that has frustrated you for years? That is how Andrus views the A’s. The 31-year old has been a fan favorite as a member of the rival Texas Rangers for the past 11 seasons. Andrus however, could not be more excited to be moving on. He will get a fresh start in Oakland to display his stellar fielding and hitting abilities that were especially present early on in his career.

“As a player I love to win,” said Andrus to A’s Cast. “The last few years for me haven’t been too well, cause I hate losing, especially against Oakland a lot. So now that I’m on the other side it just brings a lot of excitement back to me and I prepared myself very well. And now to be part of the Oakland A’s, it’s just great for me and for the organization also.”

A career .274 hitter, Andrus struggled in limited play due to a back injury in 2020. But he will look to rebound at the plate while hopefully putting up an above average fielding percentage like he has done in the last two full 162 game seasons.

Loss From The Trade

If A’s fans were to hear before the 2019 season that Davis would be traded from the A’s for a shortstop who put up a lowly .675 OPS in 2018, fans would have thought A’s ownership had lost their mind again. Of course this is what they always think when the A’s lose a major piece. Like Andrus, Davis was a favorite in Oakland with the “salute to Khrush” home run celebration. That salute was to one of the MLB’s most consistent power hitters, who bashed 40+ home runs in each season between 2016-2018. As a reward for his performance, the A’s locked him up early in the 2019 season on a two year contract extension worth $33.5 million. That contract made up 17.4% of the team’s payroll.

Following the extension however, he suffered a hand injury. His power immediately took a dive. Since then, he has only hit a combined total of 25 home runs with a batting average of just .217 over a two-year span. With his fielding value below average, the A’s had him locked in to do one thing, hit homers. Davis did show some flashes of power in his last games with the A’s. He blasted two home runs as a part of the team’s major slugfest in this year’s American League Division Series against the Astros. It still is hard to tell if Davis has fully found his footing from before the injury. The decision did not come easy for A’s management.

“The fact is, yeah Khris got injured during the 2019 season, he’s not going to make any excuses for the last two years so I’m certainly not going to make them for him,” said A’s general manager David Forst according to NBC Sports Bay Area. “Khris handled it like a pro as you imagined he would.”

After a week of roster turnover for the team, Andrus has given them a new spark of hope in their offseason acquisitions. Out of this trade the A’s also got more cash to spend this offseason, which brings promising prospects to a team ramping up their acquisitions to address major areas of need, particularly their bullpen. Andrus, who is now the team’s highest paid player at $14 million, is eating up a lower percentage of the team’s payroll at just 13.98%. Could this be foreshadowing a major extension for one of the A’s other star hitters down the line? Matt Chapman? Matt Olson? Mark Canha? These next months heading into spring training and the regular season might tell.