What the Lakers Must Do W/ James and Davis Out 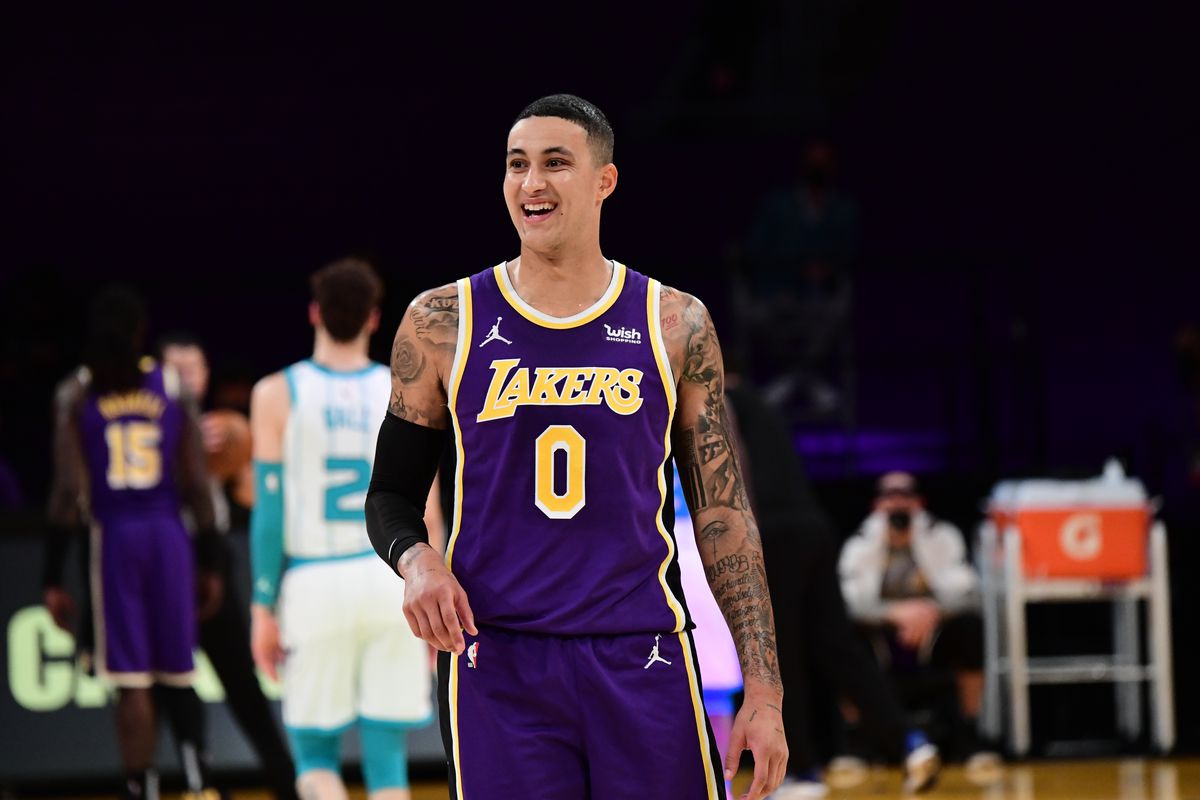 The Los Angeles Lakers have found themselves in a tough situation now that both LeBron James and Anthony are out. The Lakers are optimistic that Davis’ timetable to return is hopefully by the end of the month. However with James fresh off of a high ankle sprain suffered on Saturday, expectations are that he’ll miss several weeks. Not to mention that they will face seven playoff contenders within the next 10 games. With that in mind, everyone must step up these next several games.

Trio of Dennis Schröder, Kyle Kuzma and Montrezl Harrell are now the Lakers premiere players on the roster. Throughout the year, all three have had spurts of showing what they are able to do.

Schröder has been a huge aid to both James and Davis since arriving to Los Angeles. Where he makes his impact is through his guard play on both the offensive and defensive end. Whether it be in the half court setting up plays or in transition where he uses his speed to his advantage. Schröder is a tough guard for anyone, especially when he gets a big switched on to him after receiving a screen. With James and Davis out, expectations are that he will become the teams number one option. Dennis must continue to be aggressive on both ends of the floor and bring the energy each and every night. In addition this is the perfect opportunity for Schröder to earn himself a big pay day as he is a free agent at the end of the season.

If anyone will benefit from this situation the most, it would be Kyle Kuzma. Going back to his first two seasons in the league Kuzma takes advantage when given large roles. He averaged 16.1 points, 6.3 rebounds and 1.8 assists on 36% shooting from three in his rookie year. In year two next to LeBron as the second option, he averaged 18.7 points, 5.5 rebounds and 2.5 assists on 30% shooting from three. Kuzma has all the tools to make things works with both James and Davis out and certainly has the mentality to get the job done. However, the only concern for Kuz is him being to aggressive instead of letting the game come to him. This has been a problem in the past for the young forward. Despite this, he has matured and I expect him to know what to do when certain situations occur.

The most consistent players on the Lakers bench has more on his load now. This year Harrell has averaged 14.7 points and 6.6 rebounds on 64% shooting from the field for the purple and gold. Though a majority of his points come from the paint, it the emphatic way in which Harrell gets his buckets. Whether it be dump off passes or put backs, Harrell throws it down with power and makes his presence known with his voice. Not to mention that his energy is something you can’t put a price tag on. He brings the best out of every one with his hustle and relentless throughout the game. Though there have been times where hasn’t received consistent minutes for some reason, Harrell still gives everything he has. Especially now with no bigs on the roster besides Markieff Morris, Harrell will need to produce for the Lakers.

If the Lakers want to stay afloat in the competitive western conference, it’s going to come down to making perimeter shots. Kentavious Caldwell-Pope was on a shooting tear to begin the year but has since cooled off significantly. Since returning from the All-Star break, KCP has shown signs of getting back to his normal self but not consistently. Should he play as he did in the beginning of the year, it gives the Lakers another weapon.

As for Wesley Matthews, he has been inconsistent throughout the entire season. There are games where he is on and can’t miss a shot, and then there are games where he can’t buy a shot. When the Lakers signed Matthews in the offseason, they were expecting a knock down shooter. That hasn’t be much of the case this year for Matthews. However with James and Davis out, there is more opportunities for Matthews to showcase his shooting and find a rhythm. Should he make his shots during this time, it only makes LA that more dangerous and opens the floor more.

Markieff Morris is in a special situation right now with the Lakers. He is the only other big on the roster besides Harrell and Devontae Cacock. However, he is the only big that is able to stretch the floor with his perimeter shooting. As a big, Morris is good on his feet and is able to move side to side with ease. What makes him a mismatch for most defenders is that if he is able to get a guard to switch onto him following a screen, he can back them down to the paint. With a big man guarding him, they must respect his ability to shoot from three causing bigs to leave the paint open.

Alex Caruso and Talen Horton-Tucker are going to be vital to the Lakers success until James and Davis return. Both are able to handle the ball and play make for others on the team. Not to mention that both are hounds on the defensive end who do the little things at all times. Whether it be trapping, taking charges, deflecting pass or never giving up on a play they’re always in the picture. These are special type of players that any team would love to have on their squad. It’s been regarded by multiple Lakers that if Horton-Tucker would be a star if he was on a losing team. Though he isn’t a star in the league yet, he has shown glimpses of what he can become. With a 7’1 wingspan, THT is hard to get through and is able to alter shots at ease.