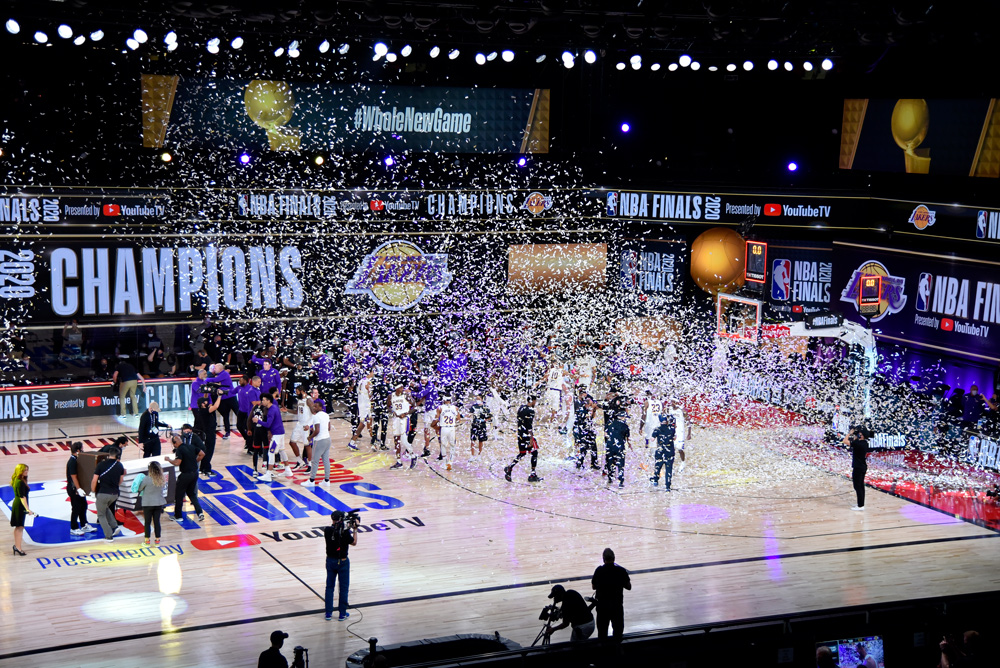 It’s official folks (kind of). The NBA is eyeing a December start date for the 2020-21 season. Although there are still many questions to be answered about the upcoming season it’s nice to know that the league is sincerely trying its best to not make the world have to wait too long for hoops after a 5-month pause last season due to COVID-19.

In particular the NBA would like to start the season on Christmas Day, which would be drastically different from years in the past, when the league was two months into the season at that point. As we all know though this year has been a year of firsts in every way possible, so the basketball world doesn’t get any special treatment.

A Christmas day start would be a win-win when you think about it, ratings wise. In 2018 the league experienced a peak in ratings for the first time since 2011, largely in part to LeBron James being on the Lakers for his first year while facing a familiar enemy in the Golden State Warriors (and other games). Christmas day 2019 only the LA showdown between the Lakers and Clippers experienced high ratings.

Therefore, if this is the first taste of NBA action we can get since the Lakers won the championship on October 11, ratings would likely soar.

Now besides ratings, there’s something else the league has on its mind, and that’s fans. Commissioner Adam Silver hasn’t committed to the specifics of whether or not fans will be able to attend games but he stated that it’s very likely that games will be at the usual arenas in NBA cities, and not in a bubble environment.

If this is the case it’s likely that fan attendance will be on a city by city basis, just like the NFL is doing. Depending on each state’s governor’s discretion fans would be able to attend, of course adhering to CDC guidelines such as social distancing and the wearing of masks.

A few other changes this year’s NBA season could bring is the amount of games, playoffs seeding and All-Star weekend. While these are all still being discussed, the league might only have a 70-72 game regular season, including play-in games like during this year’s bubble and All-Star weekend might be cancelled. That last one likely will be heartbreaking to many since it is an annual weekend of fun both for players and fans. However, this year players would get two weeks off instead if there isn’t an All-Star weekend.

Even though all of these plans are subject to change, it’s something to keep in mind as the NBA and its fans try to move forward amidst this pandemic. After all, Silver said he will be monitoring COVID-19 numbers as the country braces itself for a second wave, which would significantly impact his decision making for the league.

Takeaways From Games One, Two And Three Of The World Series
Forecasting the Lightweight Division Post-Khabib