What To Know About The Bucks vs. Nets Series 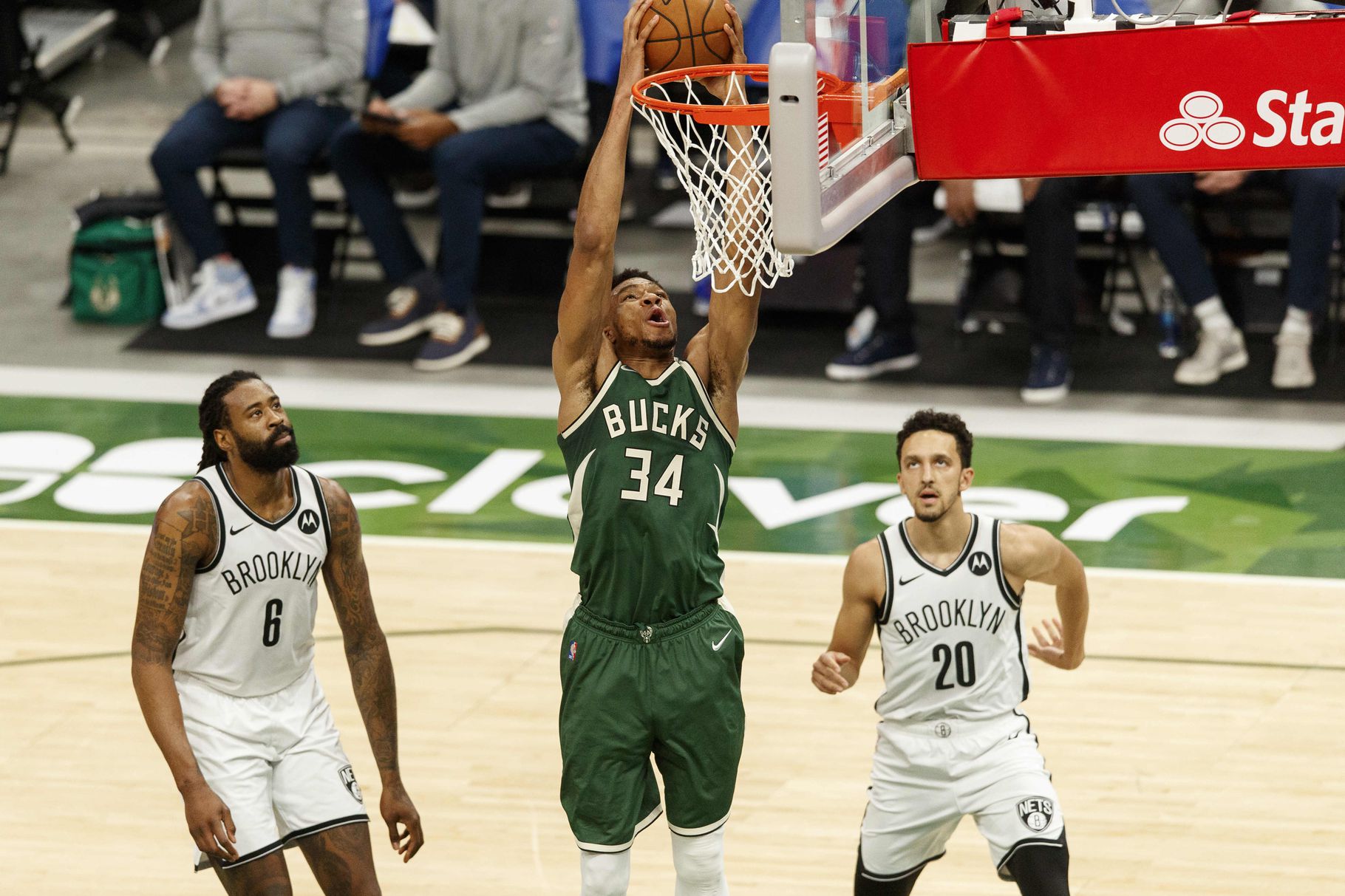 After a short wait, the Milwaukee Bucks officially have an opponent for the Second Round of the NBA Playoffs. The Brooklyn Nets recently defeated the Boston Celtics in five games and will match up against the Bucks on Saturday. Milwaukee will have had a whole week of rest before Game One, and while this Brooklyn team will be no easy task for the Bucks, they should ready for the challenge.

Here are a few things to know about Milwaukee’s matchup with Brooklyn:

The loss of Jeff Green in Game Four hurts the Nets early in the Second Round. Green, who averaged 11 points per game and shot 41% from three this season, was injured in Game Two against the Celtics. The grizzled veteran’s injury is detrimental to their bench unit as Green is the Nets’ most versatile defender. Brooklyn likes to use him as a small-ball center, as he can guard big men with his 6’8″ frame but is flexible enough to defend the perimeter. The Nets will likely be forced to play big to combat the size of the Antetokounmpo and Lopez frontcourt now that Green is absent.

DeAndre Jordan has been the primary defender on Giannis during the regular season, defending him for over 16 minutes in their three matchups. Antetokounmpo shot 20-44 when defended by Jordan while also making 5 of his 12 three-point attempts. Yet, with Jordan being phased out of the lineup this postseason and Jeff Green recovering from injury, that leaves Blake Griffin and Nick Claxton to fill the empty minutes at the center position. Griffin will likely defend Antetokounmpo this series which would be an enormous advantage for Milwaukee as Blake Griffin has been a below-average defender this season.

Brooklyn will reevaluate Green after Game One. While the Nets organization is attempting to remain optimistic about his injury, it’s looking like Jeff Green will miss at least the first two games of the series.

Despite the Bucks having the highest defensive rating so far this postseason (95.4), it’s no secret that Brooklyn will put up points against them. In their three games against Milwaukee during the regular season, the Nets put up an average of 118.33 points without one of their three superstars in the lineup.

The Nets have a defensive rating of 113.1 (which ranks within the top ten worst defenses during the regular season) and are among the worst teams in the NBA in allowing offensive rebounds and second-chance points. This points towards multiple scoring opportunities for Milwaukee as the Nets can be pretty inconsistent defensively. But, while their defensive rating may be inadequate, Brooklyn more than makes up for it on the offensive end. The Nets put up a baffling offensive rating of 131.4 against the Celtics in the First Round.

In a nutshell, this series is going to be incredibly high-scoring. The Nets Big Three in James Harden, Kevin Durant, and Kyrie Irving are guaranteed a combined 70 points on almost any given night, so they can live with a lackluster defense. The outcome of the series will be determined by if the Bucks can get stops, especially late in the fourth quarter, which is easier said than done.

While it won’t be a cakewalk, Milwaukee is the most well-equipped defensively to handle a team like the Nets. Alongside the reigning Defensive Player of the Year, Giannis Antetokounmpo is Jrue Holiday, who is more than capable of guarding any of the Nets’ stacked roster. Brook Lopez and Khris Middleton also hold their own on the defensive end.

The Bucks are rested and well prepared for the Brooklyn Nets. In their first underdog playoff matchup since 2018, Milwaukee is looking to come out as dominant as they were in the First Round. They look to continue their incredible play from the First Round against Brooklyn on Saturday.