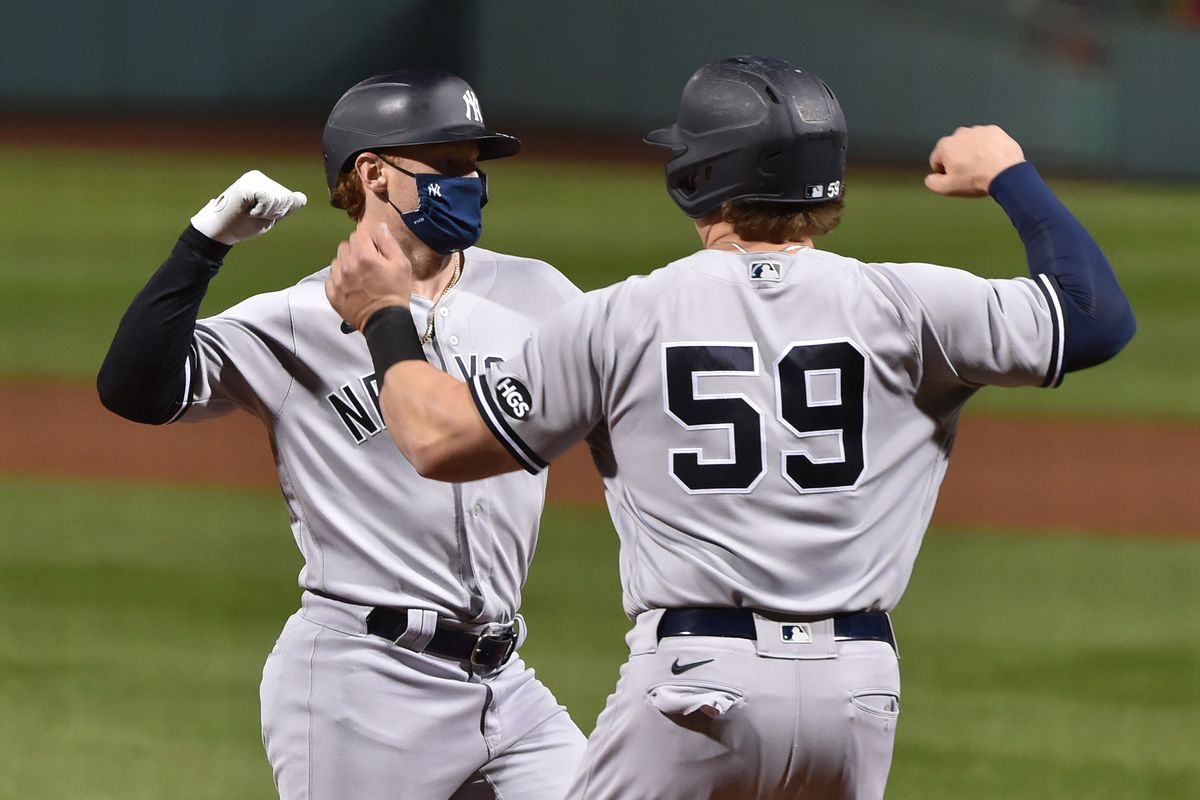 As the San Diego Padres beat the Seattle Mariners on September 20th, the New York Yankees clinched the playoffs for the fourth consecutive season in a row. It has been a tumultuous season for the Yankees, to say the least. The Bronx Bombers were once again belittled by injuries, only to have their stars return for the final few weeks of the regular season.

Additionally, they have had two separate 5+ game losing streaks, and three 6+ game winning streaks, including winning ten games straight from 9/9-19. Their recent surge, which has the Yankees placed just one game behind the Minnesota Twins for the number four seed and home-field advantage in the Wild Card Series, has largely been contributed from their starting pitching.

Starting pitching originally looked like the Yankees’ biggest concern this season. There was reason to worry because Gerrit Cole had a slow start in Pinstripes, James Paxton was injured, Masahiro Tanaka suffered a concussion, Jordan Montgomery was prepared to throw his largest number of innings pitched since 2017, the aging J.A. Happ was terrible last season, and Michael King/Jonathan Loaisiga were trusted as the number five starter on the team. For the first month or so of the season, this was the Yankees’ main concern, yet during the last few weeks, nearly everything has changed. Gerrit Cole has regained his ace-like status, Masahiro Tanaka is on pace to finish this season with his lowest ERA since 2016, J.A. Happ has turned back the clock, and top prospect Deivi García emerged as the new fifth starter.

Gerrit Cole and Masahiro Tanaka are the de facto 1-2 punch to lead off the rotation, they have already gotten the nod to start Games 1-2 for the playoffs. So the real question is who will pitch after Cole and Tanaka? For the Wild Card Series, teams are playing a best-of-three matchup, so each team will only need three starters.

For the best-of-five Division Series, and best-of-seven Championship Series and World Series, each team will likely carry four or five starters. Usually, teams carry four starters for the last three rounds of the playoffs, but this year some teams might carry five starters. This is because MLB teams are playing in a playoff bubble, where there are no off-days for travel during the last three series.

As a result, the number three starter for the Yankees comes down between J.A. Happ and Deivi García. In other words, if the Yankees force a Game 3 in the Wild Card Series, Happ or García would start.

These two pitchers could not be more different; J.A. Happ is a 37-year-old veteran from Illinois, whereas Deivi García is a 21-year-old rookie from the Dominican Republic. Happ stands at 6’5’’ and averages 92.1 MPH on his fastball; Deivi García is one of the shortest MLB starters at 5’8’’ and averages 92.7 MPH on his fastball. Nonetheless, the two Yankee starters have put together some impressive starts in 2020.

First, let’s take a look at J.A. Happ. Happ was traded to the Yankees in 2018 from the Toronto Blue Jays in exchange for Brandon Drury and Billy McKinley. He went on a tear and pitched to a 2.69 ERA with a 7-0 record in 11 starts. Father time caught up to Happ in 2019 where he pitched to a 4.91 ERA in 31 games started and paltry 1.90 HR/9. Yankee fans instantly forgot about his 2018 campaign and were frustrated that he was still with the team coming into 2020.

Besides, Happ started 2020 poorly as well. He started the season on the wrong foot with a 10.29 ERA in his first two starts. Surprisingly, Happ has looked like a completely different pitcher. In his last six starts, Happ has pitched to a microscopic 1.93 ERA and 0.86 WHIP in 37.1 IP. Because of his dominant stretch, Happ has made a compelling case as the Yankees number three starter for the playoffs.

On the other hand, Deivi García has flashed ace-like potential. His rise to stardom almost felt reminiscent of Luis Severino. Both pitchers are Dominican starters that came up at the age of 21. Additionally, García is a no-brainer to join the Yankees playoff roster in his first MLB season just like Severino.

García’s path to the Majors was different than Severino though. Severino dominated Triple-A before being sent to the Majors, as García struggled at the Minors’ highest level. Nevertheless, García was given a chance because prospects Michael King, Clarke Schmidt, Nick Nelson, and Brooks Kriske were all ill-suited for a starting role on the Yankees. Accordingly, García became the next man up and did not disappoint.

In his first start, García fired 6.1 IP against the New York Mets and gave up just one unearned run. Despite struggling in his next start, García dominated the Blue Jays in his third and fourth starts. In both of these starts, he went seven strong and gave up three earned runs or less. Lastly, in his fifth and most recent start, García lasted just three innings and was knocked around by the Boston Red Sox. Overall, García has a 4.88 ERA in 27.2 IP. Therefore, because of García’s lack of MLB experience, and Happ’s more consistent numbers, Happ will likely start a potential Game 3 for the Yankees in the Wild Card Series.

If the Yankees make it past the Wild Card Series, they also have to decide how to utilize their starters. The first game of the AL Wild Card Series is on September 29th, and the first game of the ALDS is on October 5th. While these dates may seem a little random, they give Gerrit Cole a normal amount of rest (5+ days between starts), and he would certainly pitch Game 1 of the ALDS. Once again, Tanaka and Happ will follow Cole for Game 2 and Game 3 respectively. If the Yankees push a Game 4, Cole would probably not be available to start. Incidentally, Deivi García would be on plenty of rest.

Indeed, García would start a potential Game 4 in the ALDS. Still, because of his inexperience unless García is pitching a gem the Yankees may not allow him to go past the fifth inning. To pick up the slack and give his team a few innings, the Yankees can look no further than Jordan Montgomery. Monty has pitched to an inflated 5.12 ERA in large part to a disastrous 16.2 HR/FB%. Even with his struggles, Montgomery may still be more trustworthy than Loaisiga and King in long relief.

Certainly, the Yankees have four starters ready to go for the playoffs. Cole, Tanaka, Happ, and García should be the Yankees playoff starters in that order. At some point, the Yankees may need to consider a fifth starter, or at least tossing Cole on short rest (which he did in the 2019 playoffs). Although the Yankees should avoid Montgomery starting a playoff game unless absolutely necessary, he has a slim chance of starting Game 5 or being paired with Yankee Opener Chad Green in the ALDS, ALCS, or the World Series. At the very least, Montgomery should have some role on the postseason roster.

The Yankees starting pitching has unexpectedly excelled in the last few weeks. In a new playoff format, composed of no off days after the Wild Card series, the Yankees have a surprising advantage; four impressive starters. The rotation was once the biggest question mark for the Yankees, and while the rotation may not be the best in the Majors, they have handled their own. Thus, a playoff rotation consisting of Cole, Tanaka, Happ, García, and perhaps Montgomery in a swingman role, will hopefully take the Yankees on a deep postseason run.