What’s Next For The New York Knicks? 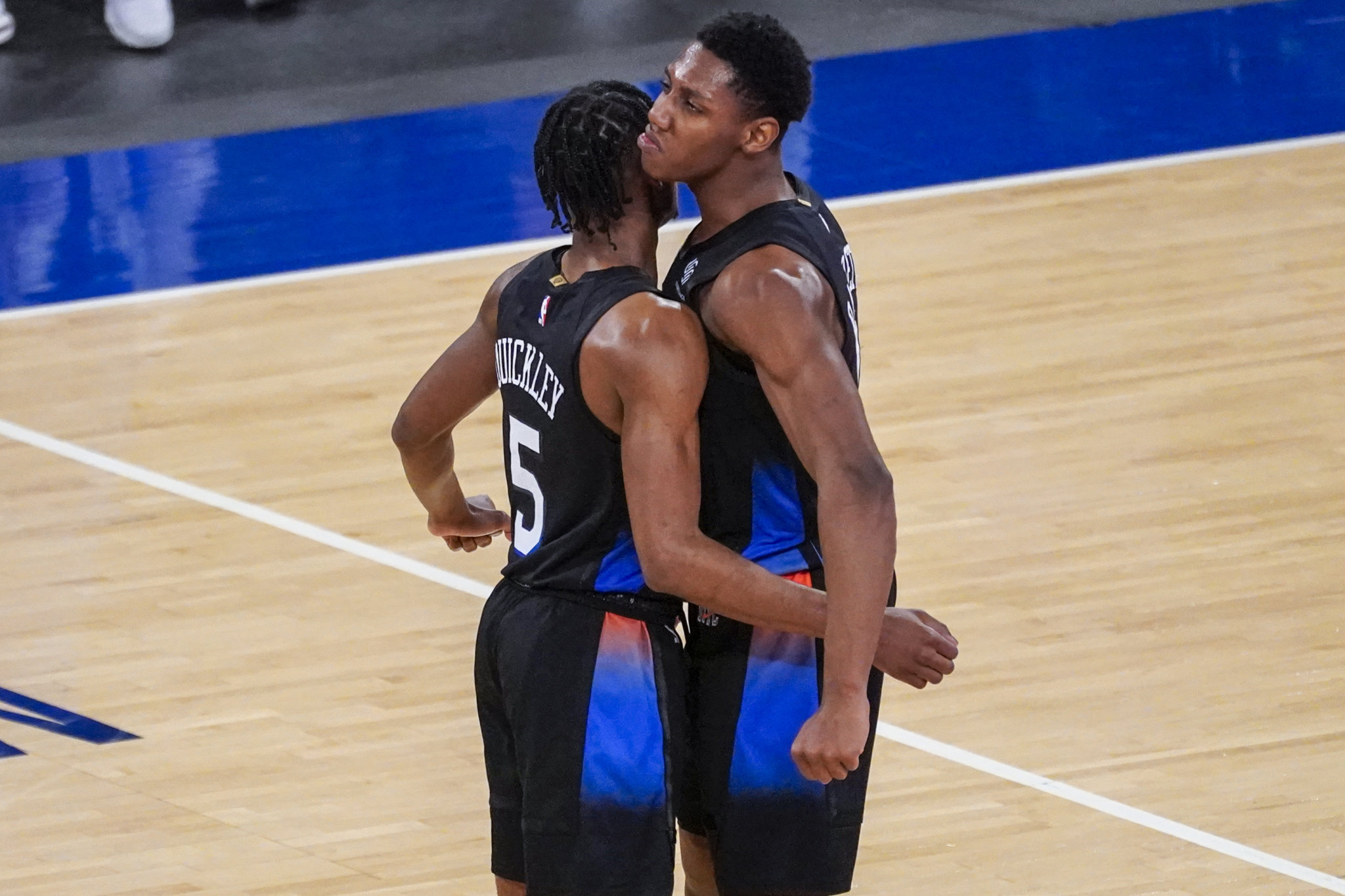 After a promising first two games at Madison Square Garden, the New York Knicks were eliminated from the 2021 NBA Playoffs by the Atlanta Hawks in five contests. On paper, this was thought to be an even matchup, however, Trae Young’s presence made a difference and created separation for the Hawks. On the Knicks’ end, Julius Randle struggled to find his rhythm and saw double teams left and right. From a bigger picture perspective, the Knicks have nothing to be ashamed of but if they want to make it back to the playoffs, they’ll have to fix some holes in their roster.

The Knicks have 10 players who will become free agents this offseason. Those players consist of:

Ideally, the Knicks should prioritize keeping Derrick Rose and Nerlens Noel on short term deals while signing Mitchell Robinson to a long-term deal but not necessarily to a max contract. Everyone else on the list above is replaceable. The main focus for the Knicks this offseason should be to acquire three point shooters whether through free agency or through the 2021 NBA Draft which seems to have a loaded draft class. These shooters listed below should help to improve their floor spacing which was something that was exposed in the playoffs. Some players that the Knicks should target consist of:

As far as the NBA Draft is concerned, the Knicks hold the 19th and 21st picks in this year’s draft. A couple of ideal prospects that the Knicks should target consist of Jared Butler from Baylor and Johnny Juzang from UCLA both of whom are capable of knocking down three point shots which is something the Knicks need more of this offseason. Butler is a two-way combo guard who is capable of not only shooting from outside the perimeter but scoring at all three levels as well. As for Juzang, his style of play compares favorably to that of Cameron Johnson’s. They’re more than just three point shooters, they can score from all three levels and are more athletic than given credit for but struggle defensively.

Overall, this past season was a success for the New York Knicks given that they overachieved. Many expected the Knicks to be a lottery team and they looked to be 2 to 3 years away from making it back to the playoffs. That being said, Tom Thibodeau’s coaching ability made a difference especially on the defensive end as they were ranked as a top defense in the NBA. Overall, the Knicks were a pleasant surprise, not only for New Yorkers but for the NBA in general. The Knicks have to be careful, however. There’s no way they’ll be sneaking up on anyone next season.

What’s Next For The Boston Celtics?
One Stop Podcast: 6/14