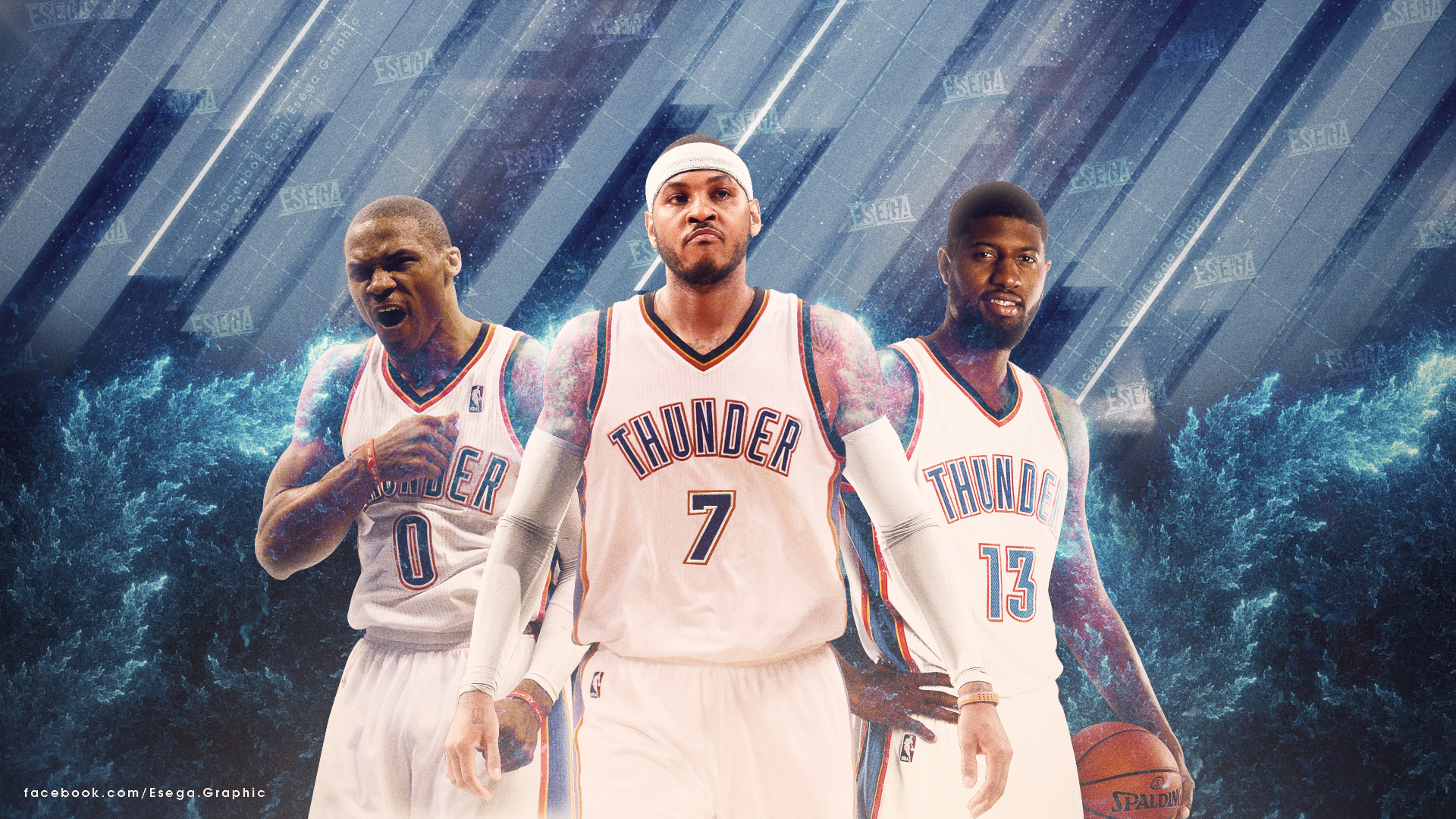 Through 12 games, the Oklahoma City Thunder’s season can be summed up in two words: underwhelming and unexpected. With good reasoning, this team has a lot of hype surrounding it ever since the end of September when OKC finalized their new big three of Russell Westbrook, Paul George and Carmelo Anthony. As you might expect, the usual questions arose of how soon the three alpha dogs’ games can compliment each other. Also, with this particular big three you might have asked yourself who in the West can even keep up with them besides the Warriors, Rockets and Spurs perhaps?

Surprisingly enough, through nearly the first month of the NBA season, we find ourselves asking different questions. Such as why are the Thunder two games below .500 with a 5-7 record? Also how are three offensive-minded superstars running the second-best ranked defense in the league?

Well, to start off with the former, the OKC seems to be struggling with moving the ball, as they currently are 22nd in the league in assists (21.1 APG). To shine a brighter light on why that is a problem, take this into account. Amongst the big three of Westbrook, George and Anthony they average 13.8 APG, with Westbrook accounting for 10.2 alone. So if you ask me, the other two thirds of the OK3 need to loosen up on the iso-ball and move the rock to see if that changes things.

Therefore, even though making a living from behind the three-point line is what’s popular right now in the NBA, I think it’s worth going to plan B before it’s too late into the season.

One bright spot about the Thunder thus far into the season is that they’ve improved their defense from last year to this year. In the 2016-17 season they had the 10th ranked defense, while through 12 games this year they have the 2nd best defense in the league. That’s a pleasant surprise for a team that has three leaders who would rather have the last shot than defend for a full game.

Lastly, but certainly not least, another bright spot is that Paul George scored 42 points, grabbed nine rebounds and dished out seven assists tonight against the Los Angeles Clippers. That’s a big deal because not only is this the sixth time in George’s career that he scored more than 40 points, but he also has been struggling to find his groove within this new OK3 offense. Russell has had his high-scoring games this season. Melo has had his. PG was the last piece of the puzzle so to speak. Now that he’s gotten his first 40-pt game this season, I believe things can only get better from here.