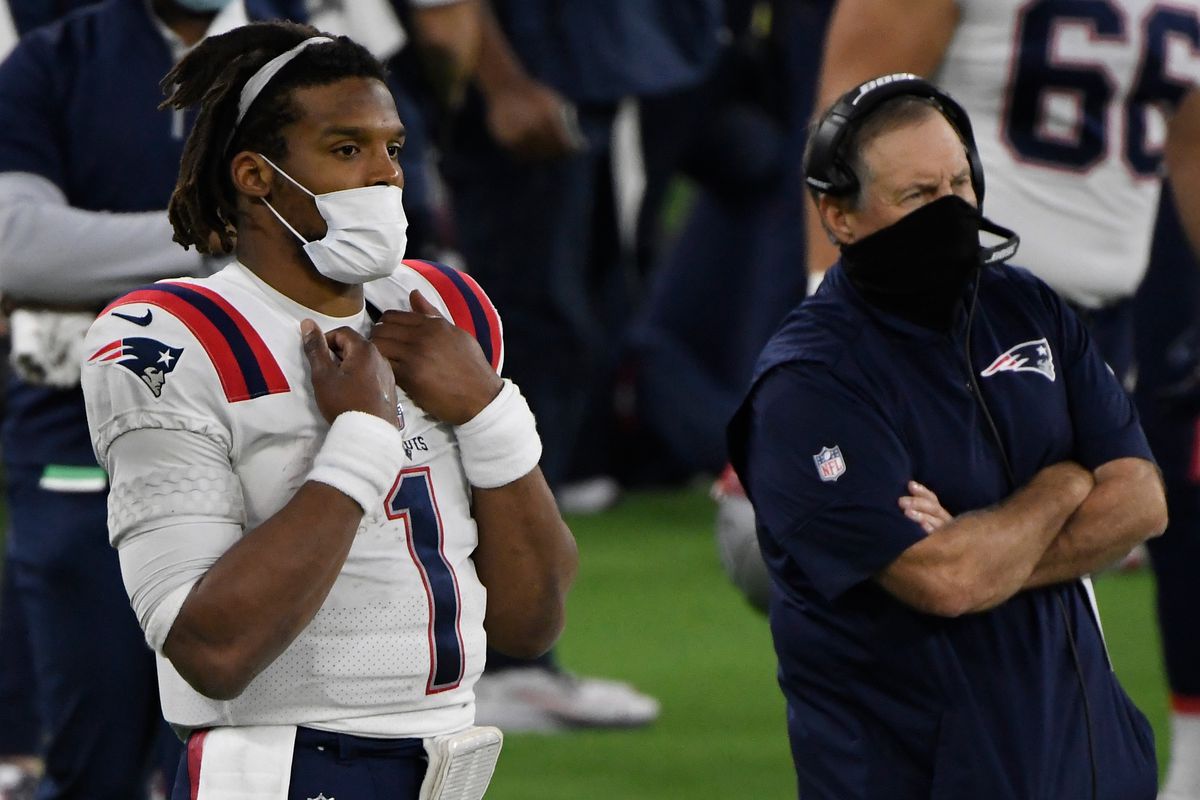 For the first time since 2002, the Patriots will not finish with double digit wins. Going into last night, the Patriots had won four of their last five. It felt like coach Bill Belichick was finally starting to hit his stride with this new team that underwent a ton of turnover going into the offseason.

Offensive coordinator Josh McDaniels has been praised as one of the “offensive gurus” in the NFL. He was able to create an impermeable system with Brady at the helm without a ton of talent at his disposal. A lot of people were really excited to see how McDaniels would be able to utilize new QB Cam Newton’s skillset going into 2020. The potentiality to expand the run game and get Newton on the move were some things that Brady couldn’t bring to the table at quarterback.

McDaniels seemed to have some short term success with Newton in the beginning of the season but as we saw last night, it’s gotten bland and predictable.

The 2 running backs for New England are some combination of Damien Harris/Rex Burkhead (pre-injury)/James White and fullback Jakob Johnson.

The only team that comes close to using as much 21 personnel as New England is San Francisco (33%). However, head coach Kyle Shanahan has the most versatile fullback in the league in Kyle Juszczyk.

On one hand, the Patriots use of a fullback can be very advantageous towards the run game – it gives them an extra blocker and can help their offensive line get more downhill. Yet, it can also be very constraining and limit their passing attack:

Only three teams have a worse EPA/dropback than the Patriots. New England has seen success on the ground averaging 147.5 yards per game – good for 5th best in the NFL.

But we saw last night, when the Patriots ground game isn’t as potent, they don’t seem to have a counterpunch.

However, the Patriots conservative approach on offense has led to a lack of explosion or big-play ability through the air. Per Sharp Football Stats, the Patriots rank 29th in explosive passes. When opposing defenses give New England 7-8 man boxes that make it much harder to run the ball into, the Patriots haven’t been able to exploit mismatches down the field.

If the Patriots aren’t able to establish the run, teams have been able to sit on their quick-game routes because they know New England won’t threaten them over the top.

There’s a saying in football, “KYP,” or better known as “know your personnel.” Bill Belichick and Josh McDaniels know this as well as anyone, the Patriots obviously don’t have the skill on the perimeter to sit back and sling it 50+ times a game.

Per Sheil Kapadia, New England returned a league-low 44.7% of its offensive snaps from 2019. With this short offseason, the Patriots coaching staff had the challenge of morphing a new offense around Cam Newton’s skillset that tries to slow the game down, limit possessions/turnovers, and prioritize ball control.

Against inferior opponents, this has been a sufficient formula. Nevertheless, when New England goes up against defenses with the caliber of the Rams, they’ll get exposed.

The only receiver that’s really showcased any playmaking ability this season is 2019 undrafted receiver, Jakobi Meyers. Over the last decade, Belichick has continuously undervalued receivers and overall play-making ability on offense:

The art of Belichick’s coaching is his multiplicity and ability to adjust from week-to-week. His teams are so versatile that he can exploit any weakness any team has in a given week to give his team the best chance to win rather than “just run your stuff” like most coaches elect to do.

That hasn’t been the case this season – the Patriots offense has been forced to become extremely one-dimensional. When opposing defenses have been able to stifle the run, besides the outliers of Seahawks and the Jets’ games, the Patriots haven’t had any answers.

The lack of talent surrounding Newton has made it nearly impossible to give him a fair evaluation. Per Pro Football Reference, Cam Newton has yielded a “Bad Throw %” on 18.2% of his passes – this number is on par with other QBs like Kyler Murray (17.5%) and Patrick Mahomes (17.0%) while also being ahead of other QBs such as rookie standout Justin Herbert (19.1%) and former Patriots great Tom Brady (20.5%).

All of the Patriots shortcomings on offense were revealed to the highest degree last night. It is commendable that Belichick and the Patriots have gotten this far, but it simply is not a sustainable formula to win in 2020. No longer can teams just run the football, and play solid defense and special teams, and expect to win at a high level.

The Patriots have been able to get away with it the past month because of how well-coached they are, but their style of play leaves a tiny margin of error. Take last night for example, the Patriots were marching down the field, trying to cut into the Rams deficit when this happened:

After handing the Rams 7 points and going down three possessions, the lead seemed insurmountable for this Patriots team. When the Patriots needed to throw down the field and cut into a 17-point deficit, they had no chance.

You can’t expect to beat good teams just by winning the special teams battle, having good field position, and running the football against stacked boxes.

The Patriots have reaped the rewards in the short term winning four of their last five going into last night, but they also have hindered their passing attack to such a high extent, it’s hard to flip the switch. Cam Newton has become so pedestrian through the air only throwing for 272 yards in his three games.

Although the Patriots are a respectable 6-7 with severely below-average offensive talent, there still leaves a ton of question marks going into next year.

Do you start over with a new QB next year or do you try to make it work with Cam? Do you try to draft or groom a QB even though you aren’t in a position to take one of the top four QBs next April? Just how many of these receivers can you count on to contribute next season?

Given this short offseason, it seemed predictable the Patriots offense would take this kind of fall in 2020. Even with Tom Brady, there were clear indications that the receiver position was lacking in a huge way. It didn’t matter to Belichick as he elected to not select a single receiver in one of the greatest wide receiver draft classes in recent memory.

The Patriots are paying the price in a big way as there’s a ton of speculation surrounding this offense moving forward into 2021.