Where can the Dodgers turn after Dustin May injury? 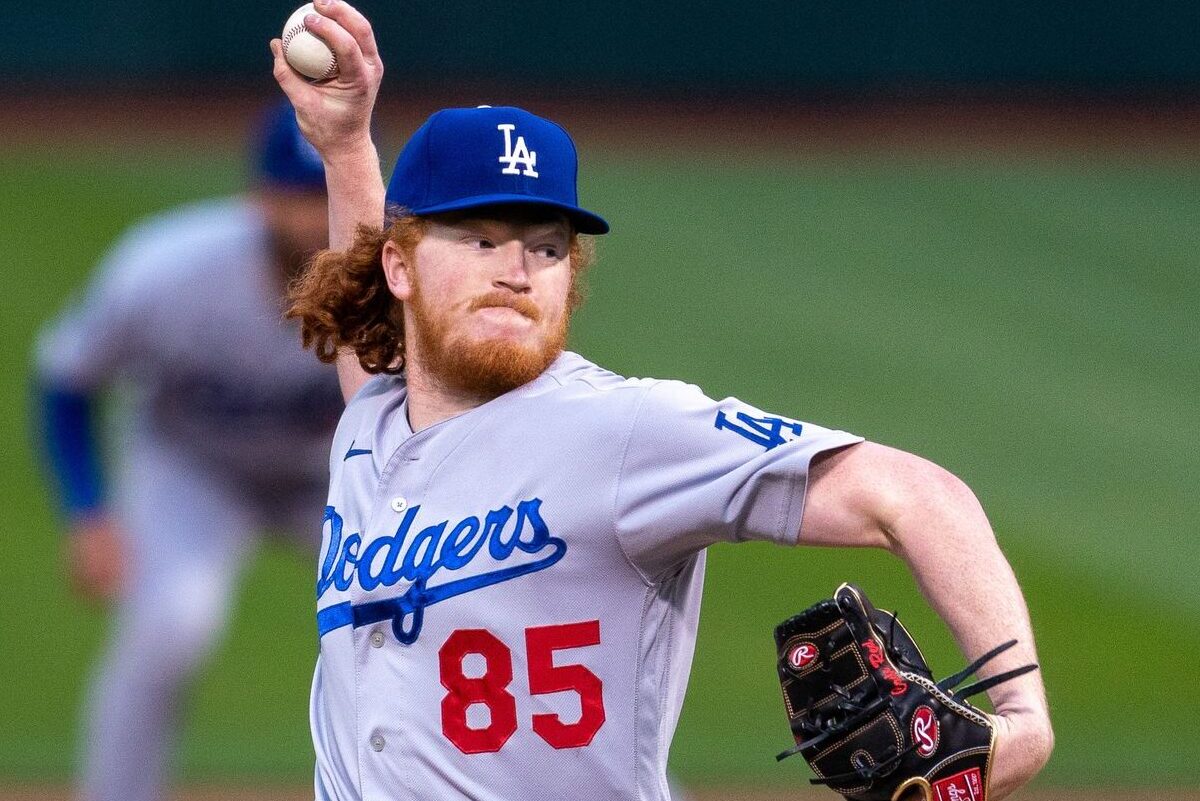 Los Angeles Dodgers pitcher Dustin May will miss the remainder of the 2021 season following a UCL injury. May will undergo Tommy John surgery.

Los Angeles Dodgers pitcher Dustin May is out for the remainder of the season after injuring his UCL. May exited Saturday’s game in the second inning after visuals of discomfort. The team announced Monday that May will undergo Tommy John surgery on his right elbow on Tuesday, May 11.

May, 23, has been terrific in his five starts for the Dodgers this season, going 1-1 with a 2.74 ERA, 0.957 WHIP, and 35 strikeouts in 23 innings pitched. May was expected to produce at this level when he was chosen as the team’s fifth starting pitcher in the rotation over veteran David Price.

Who Will Replace May?

This is devastating for the Dodgers as they are losing a solid young asset. May, who finished fifth for National League Rookie of the Year last season, has a promising future. Now after requiring Tommy John surgery to repair the damage in his elbow, he is sidelined for the foreseeable future.

However, the Dodgers do have two pitchers who could step up in May’s absence. One being former Cy Young winner David Price once he returns from a hamstring injury. Price battled with May in Spring Training for the fifth rotation spot but was ultimately relegated to the bullpen. Following the loss of May, this could be the perfect opportunity for him to showcase his talents yet again. Price sat out the entire season last year, choosing to protect the health and wellness of his family. Thus far with the Dodgers, Price has played in seven games averaging a 5.59 ERA, 1.862 WHIP and 11 strikeouts in 9.2 innings. Although Price has lost some of his velocity, his experience can be key to the Dodgers success in this situation.

Another name to look out for is Tony Gonsolin. Unfortunately, we haven’t seen much of Gonsolin this season as he has been on the IL since April 4th with shoulder inflammation. Gonsolin is heading in the right direction with his recovery, but it could still be a while until we see him on the mound. However, when he does return, expect him to be the team’s fifth starter.

“The plan is to build Tony up to be a starter, you’re talking five [innings] and 75 [pitches] as the floor,” Roberts said on Sunday. “Tony is the guy we’re trying to build up.”

With the minor-league season starting this week, there’s a chance Gonsolin will join one of the Dodgers’ affiliates to pitch in live games before returning to the team.

Minor League Baseball in the Mountains No More
The Man to Man Podcast Episode XXV: Are The Browns the Best Team Ever?