Where Do the 76ers Go From Here? Part 3: Tobias Harris 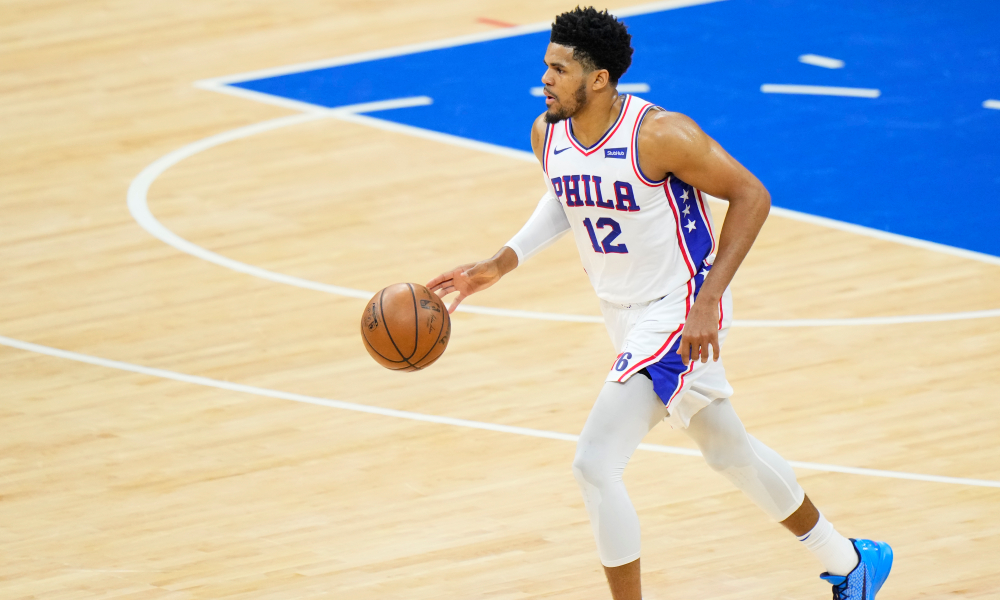 Part three of the series analyzing the critical pieces of the Philadelphia 76ers and what to do with them. Part one was focused on Ben Simmons, and part two was about Doc Rivers. Today’s edition is focused on the much-maligned Tobias Harris. Ever since acquiring Harris from the Los Angeles Clippers, the 76ers have had a tumultuous relationship with the forward to say the least.

How Did We Get Here? 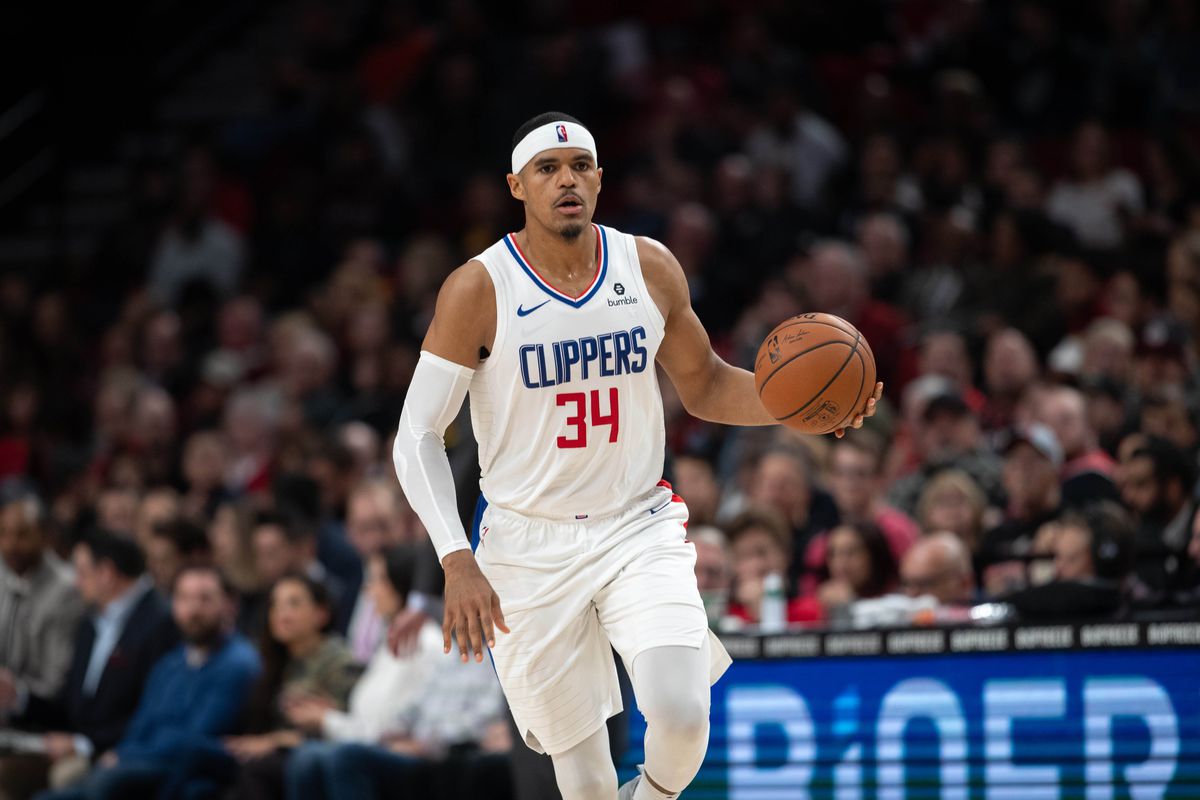 In his first year in Philly, Harris was…fine. His numbers dropped from his Clippers days, and he didn’t perform great in the playoffs, but as something of a fourth option it’s hard to place blame on him. Year two was a massive disappointment. Fresh off a max contract, Harris turned in an average regular season and a horrendous playoffs. He scored just 15.8 points per game on God-awful efficiency, shooting 38.3% from the field and 13.3% from deep. At this point Philly fans gave up on him, and people around the world called him one of the worst contracts in the NBA.

2020 saw Harris turn things around. Reuniting with Doc Rivers was just what Harris needed as he basically replicated his 2018 Clippers season, scoring 20 points on near 50/40/90 efficiency. He proved himself to be a reliable second option for the 76ers, and had a few games where he took on the closer role and excelled. Harris was one of the biggest All-Star snubs, and he seemed to live up to his contract. This was in the regular season however, and it’s his playoff performance that is coming under fire. Is that deserved?

Did Tobias Harris Choke in the Playoffs?

The average fan will tell you yes. Many hold Harris as responsible as Ben Simmons for the collapse of the 76ers, and that’s not terribly fair. Harris’ numbers dropped from his regular season performance, but everyone’s does. For the playoffs, Harris averaged 21.8 points (up from 19.8 in the regular season) and shot 48.8/37.2/87.5 splits. The efficiency was down, but it wasn’t down by a ridiculous amount, and nearly every player’s efficiency goes down once teams up their defensive intensity in the playoffs. After all, elite scorers such as Kevin Durant, Bradley Beal, Giannis Antetokounmpo, all saw efficiency drops in the playoffs. As long as his numbers didn’t drop to ridiculous levels (and they didn’t), then it’s hard to say he was disappointing. Even in the series against the Hawks, his overall numbers were 19.4 points on 47.5/36.4/84.2 shooting. For the playoffs, that’s a solid number, especially as a second or third option like Harris is supposed to be. For even more reference, Trae Young shot 39.2% from the floor and 32.3% from three against the Sixers.

The numbers get even more favorable towards Harris when you take into account the type of shots he was taking. As one of the few shot-makers on the team, Harris had to make most of his shots on his own. Per BasketballReference, only 46.7% of Harris’ shots were assisted, comparable to Joel Embiid 45.5%. Seth Curry’s assisted percentage was 75.3% for context. Harris was also the main starter to play with the bench, and got the bulk of the defensive attention with those lineups, often without the spacing provided by guys like Seth or Furkan Korkmaz. Instead, he had to play with notable space eaters like Dwight Howard and Matisse Thybulle.

The thing with Harris is that his successes aren’t generally flashy, but his failures were extremely pronounced. You don’t really notice his 21 points per game on 58.7% shooting, which he did in the first four games of the series, but he was a critical part of those games. That was made very obvious in his horrendous four point performance in Game Five of the series, which really jumps out on the box score. He followed that up by scoring 24 on good efficiency, which again flies under the radar. Then there was his Game Seven, where he scored 24 points again but took 24 shots to do so. Because of the situation and it being a Game Seven, this is another perceived choke, even though he played the most minutes in the game and scored the second most points on the Sixers.

Overall though, it was a solid playoff series for Harris. There were a couple bad games mixed in there, sure, but most of his games were at least fine. Easily good enough to win the series, if not for the collapse of other stars that don’t need to be named. Sure, it would be nice if Harris didn’t have those games where he fell apart, but that’s unrealistic. Trae Young, who is getting deserved accolades for his playoff performances, shot 5/23 in Game Seven. Nobody outside of the best five or so players will perform well every single game, and even then it’s not a guarantee.

What Tobias Harris is 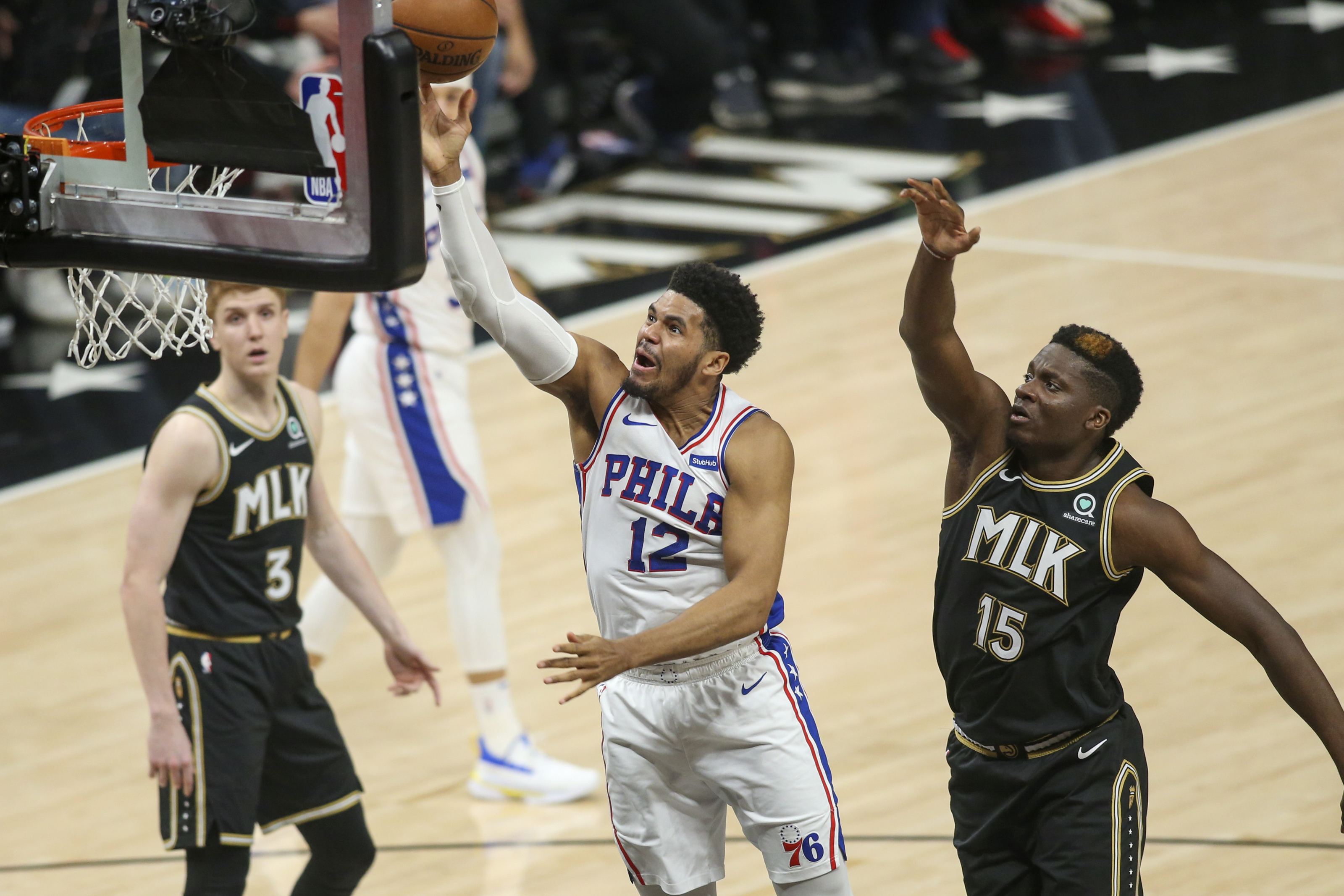 Expecting Tobias Harris to be one of those top five guys that ball out every game is unrealistic. What he is, is a great third option, but a below-average second option. In this day and age of super teams, many competing teams will have three guys on max or near-max contracts, and Harris fits into that just fine. Even if he isn’t worth a max deal, considering the Sixers used his bird rights to sign him it’s not like any money they would have “saved” could be used on other players, and even if they “chose Harris over Jimmy Butler” (they didn’t), Butler just had a horrible playoff performance himself. He shot below 30% from the floor and scored just 14.5 points per game. That’s the guy Philly fans want on a max deal?

There are cries that the 76ers need to ditch Simmons and Harris, but what is the realistic value for Harris? What could you get for him that would be a guaranteed upgrade? Harris is already one of the best third options in the league and he’s going into his age 29 season so a massive decline shouldn’t be on the cards. He’s not injury-prone and he’s well-rounded, which isn’t something you can say about anyone else on the 76ers really. Harris performs in his role, and it’s not likely they can get anything of value for him in a trade either. Besides one or two horrible games, Harris played well in the playoffs, and overall proved his worth after his terrible 2019-2020 playoffs. He may not be 100% worth a max contract, but the money spent on Harris isn’t stopping the signings of other players, his value is much lower in a trade and he can absolutely be the third option on a championship team. Unless you think Harris’ 2020 was a fluke (not a ridiculous take to be fair) Harris is not the problem on this team.