Where Does J.J. Watt Go Next?

The Houston Texans and All-Pro Defensive End J.J. Watt decided to mutually part ways on Friday after 10 years with the organization. 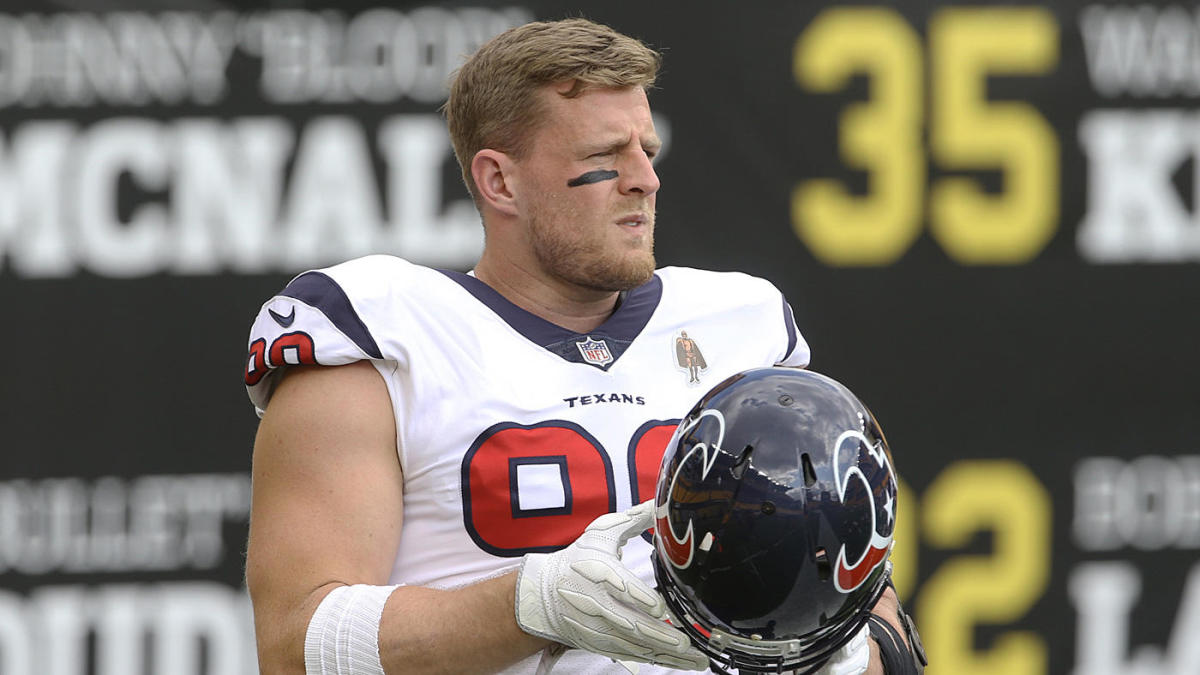 The Houston Texans and All-Pro Defensive End J.J. Watt decided to mutually part ways on Friday after 10 years with the organization.

After a decade of defensive dominance in the city of Houston, Texans Defensive End J.J Watt requested his release from the Houston Texans organization, which Owner Cal McNair agreed to, per Ian Rappaport on Twitter.

Unhappy with the organization’s direction, Watt will now become a free agent in the 2021 off-season. Where will he land? Watt has not publicly expressed interest in any one team, but here are a few options that we believe might make the list:

With an estimated cap space of $21,673,157 as of February 12th, money is not an issue for Cleveland to sign a veteran like Watt to a short two-year contract. The question is whether Watt wants to be in Cleveland. Watt, who is from Wisconsin, would be much closer to his hometown if he were to play in Ohio, and schematically a 4-3 defense with Myles Garrett and J.J. Watt on the edges would be a sight to behold. To add to the speculation, Watt recently posted a photo of himself on Twitter lounging on a balcony outside of FirstEnergy Stadium. The Browns need improvement on defense, and Watt is a proven stud at his respective position.

A reunion of all three Watt brothers in the Steel City would truly be a heartwarming spectacle (that is, until they start to tackle people). While Pittsburgh does have cap space in 2021 (roughly $30 million), the matter comes down to this; does head coach Mike Tomlin and the Rooney family want to take a gamble, or stick with what they know and re-sign outside linebacker Bud Dupree (set to return from a torn ACL sustained at the end of the 2020 season)? It’s likely that Watt would need to transition to the OLB position rather than his DE position he is used to. The draw for J.J. Watt is there, but is the stardom worth the money and the gamble when the pieces may already be in place?

A return to his home state of Wisconsin, and a legitimate chance to compete for a Super Bowl title. There is not much else to say to try and convince Watt to head up North. It feels like it is said every season that “this is the year” for Green Bay, but the addition of J.J. Watt and a new defensive coordinator for a Packers defense that struggled in the 2020 NFC Championship game actually makes it feel that way. Paired with Za’Darius Smith, and Green Bay may be able to put a bit more pressure on Tom Brady if they were to meet again in the 2021 season.

For one, it is well documented J.J. Watt cares about fans and fan interaction, and Bills Mafia is arguably the hottest fan base in professional sports right now. But besides the fans, Buffalo struggled to bring pressure in the 2020 season, despite ranking second on Pro Football References list of defenses in 2019. Signing Watt would help take some of the load off DE Jerry Hughes and open up the playbook for HC Sean McDermott and DC Leslie Frazier. What was lost by the retirement of Lorenzo Alexander would be brought back ten-fold by a player of Watt’s caliber.

As the the 2021 NFL season is set to start on March 17th, stay tuned for more on the J.J Watt sweepstakes.

To read more on the 2021 NFL offseason, click here.