Where does Rafael Dos Anjos Fit in the Lightweight Division? 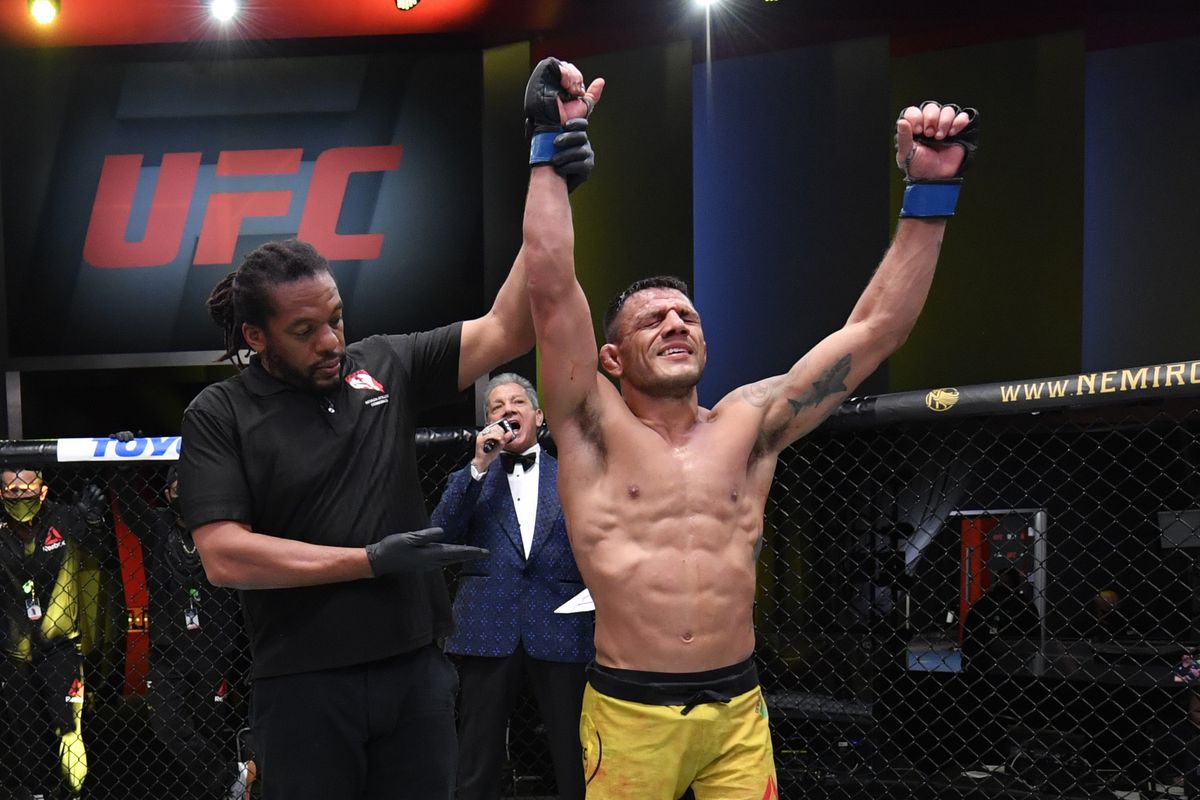 Rafael Dos Anjos got the job done this past Saturday. Against a brave Paul Felder, Dos Anjos proved to be a top 10 lightweight once again.

However, questions still remain. More specifically, where does Dos Anjos fit in the crammed lightweight picture?

His original opponent, Islam Makhachev, is the 13th ranked lightweight, yet Felder is number 8. It appears that Felder may have been an upgrade. However, Felder was seemingly retired and was coming off a loss to Dan Hooker.

Meanwhile, Makhachev’s riding a 6-fight winning streak and has looked dominant. Makhachev is the logical next opponent. Makhachev has been built as the heir apparent to Khabib Nurmagomedov’s reign. If Dos Anjos wants to make a huge statement, then a victory against the retired champion’s protégé would be the perfect victory.

Dos Anjos also wants his chance against McGregor, especially after losing his opportunity due to injury in 2016. However, McGregor seems to be tied up with Dustin Poirier in January. If Poirier and the UFC cannot agree to terms, then Gaethje seems to be in play.

Michael Chandler also may have a date with Tony Ferguson after calling “El Cucuy” out.

If Dos Anjos wants a bigger name, Dan Hooker may be an enticing match-up, especially after the Aussie’s heroic performances against Felder and Poirier.

There is also Charles Olivera who is riding a great winning streak. His victory over Kevin Lee signaled his arrival to the top 10.

Lastly, Carlos Diego Ferreira is riding his own winning streak and has a big name on his resume – Anthony Pettis.

All of these matchups are intriguing for Dos Anjos. He is on the cusp of the top-5, yet the top 5 is full of stars who may be tied up. He may have to continue to prove his worth in a stacked top 10. With a wide-open division, he, along with many others, will stake their claims for a title shot.

All Dos Anjos has to do is win.