Where the A’s go from Chris Bassitt’s Horrific Injury 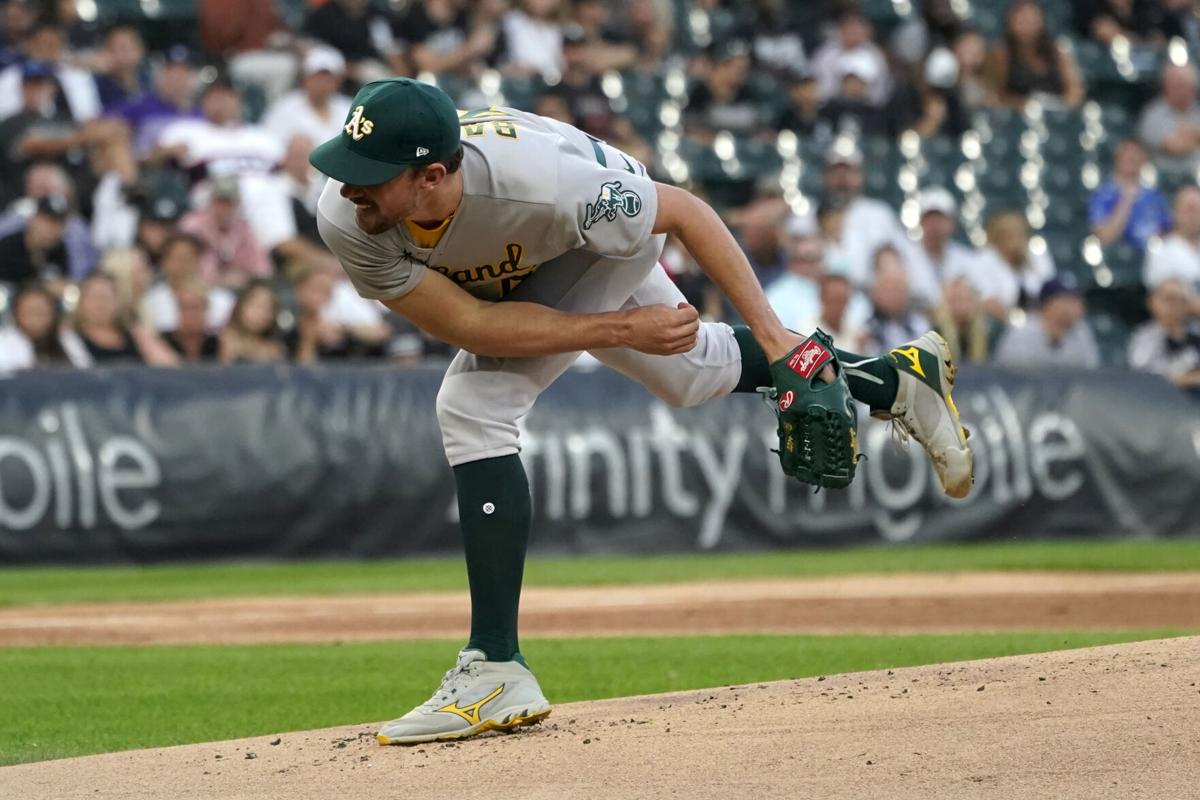 In the bottom of the second inning of the Oakland Athletics 9-0 loss on Tuesday to the Chicago White Sox, A’s starter Chris Bassitt was struck straight in the head off a line drive. The baseball world held their breath as he was down and unconscious for several minutes before being carted off the field. Mid-game the A’s PR department said that he was conscious and awake, while on his way to the hospital.

On Wednesday it was reported that he was released from the hospital according to Yahoo Sports  after receiving stitches for two facial lacerations. He was diagnosed with a displaced tripod fracture in his right cheek and will require surgery. As the A’s and the world of baseball hope and pray for Bassitt’s wellbeing, the A’s will have to make a big decision on their rotation moving forward with the absence of their all star. He is expected to be out until at least September 1.

Bassitt has been the A’s top starter this season in a rotation that has seen success throughout. The rotation’s reliability could help spur some confidence in manager Bob Melvin and the front office to replace his spot late in the season. This decision comes when the A’s are right in the thick of the playoff chase. With just two months left in the regular season, the A’s sit a mere 2.5 games behind the Houston Astros in the American League West and are locked up in a three-way tie for the AL Wild Card. The team could acquire a veteran or pursue one of many young arms available. Here is a list of the different options in the rotation the team can go with:

The hard-throwing left hander who was recently touted as one of baseball’s premiere prospect pitchers, has finally returned after constant trips to the injured list. So far in his return he has been a force in the A’s bullpen. He has surrendered just two hits and no runs through 7.1 innings of work so far this season. Originally touted to be a starter, Puk might be counted on to bring that gas he throws to the A’s rotation. Though injury risk and experimentation with his new slider might bring about some concerns amongst management.

Jefferies has proven that he is capable of starting at the major league level. Known best for his cut fastball and breaking ball stuff, Jefferies has also displayed excellent  command during his time in the minors and at the A’s alternate site. In 14 starts with Triple A Las Vegas this season, he has a stellar strikeout/walk ratio of 6.40. In one start with the A’s this season he went five innings giving up three earned runs on three walks and three strikeouts while taking the win.

Holmes currently ranks No. 13 among A’s prospects. He has struggled with his consistency over the years in the minors but has a promising outlook with some of his pitches. His frequent outings in spring training might have put him surprisingly ahead of some of the other prospective A’s pitchers for a starting role.

While seen as a thing of the past, nothing is seen as a thing of impossibility in baseball. This is especially true given the unforeseen circumstances of these past couple of seasons.  The A’s rotation has certainly been a rotation of innings eaters and they have some capable middle inning bullpen pieces to work with. But the question of fatigue will become a bigger risk then ever before if the A’s were to take this route. But with no clear fifth starter in their rotation and the trade deadline passed, the A’s will have to find some strategy to keep their fine pitching performances up.