Where The Atlanta Braves Sit At Midpoint 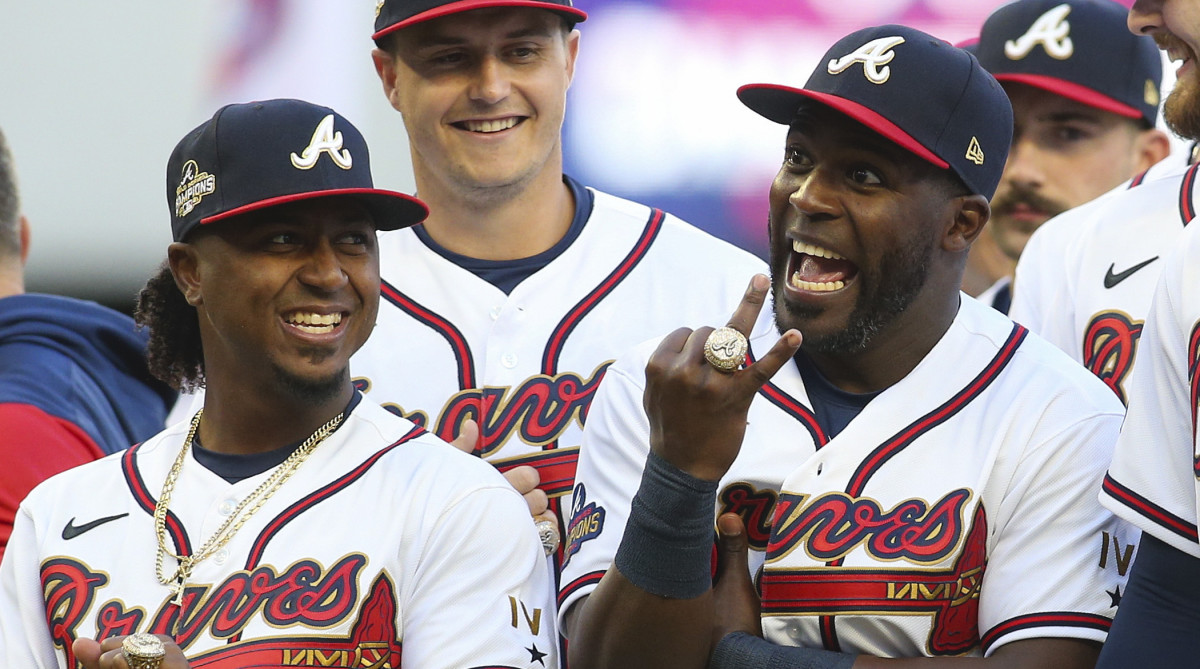 After a somewhat shaky start for the 2022 Atlanta Braves, the defending World Series champions finally found their groove once June rolled around.

On May 31, the Braves fell short in a game against the Arizona Diamondbacks at Chase Field, bringing their record to 23-27, 9.5 games behind heated NL East rivals, the New York Mets.

At the time, it seemed as if New York had effectively run away with the division.

But, then, thanks to a red-hot surge for Atlanta, in which the team came away victorious in its next 14 games, the Braves were back in action.

Admittedly, as Mets fans might point out, Atlanta faced some weaker opponents such as Colorado, Oakland, Pittsburgh and Washington during their 14-game win streak. But it was, however, the edge Atlanta needed as New York competed against tougher teams like San Diego, Milwaukee and both Los Angeles clubs.

In their last 13 series played, the Braves have only lost three and are 33-11, the best in the MLB since June 1.

Midway through the season, Atlanta now sits 2.5 games behind New York with an impressive 56-38 record, the fifth best in the MLB.

Despite the five sluggers–(OF) Ronald Acuña Jr., (C) Travis d’Arnaud, (SS) Dansby Swanson, (DH) William Contreras and (3B) Austin Riley–who made the All-Star lineup, no player in Atlanta’s batting order has accumulated a batting average above .300.

Like Swanson, who is batting .294, Riley is close with a .285 batting average and an outstanding 27 home runs on the season, a category the Braves have succeeded with this year. In fact, Atlanta is leading the National League in four baggers with 147.

Other clutch hitters for the Braves are none other than (1B) Matt Olson, (DH) Marcell Ozuna, (OF) Adam Duvall and (OF) Michael Harris II.

Harris, in particular, has created quite a splash since his MLB debut on May 28. In his 173 at-bats, the 21-year-old centerfielder has recorded 49 hits, 26 RBIs, eight home runs and 30 runs scored. Despite being one of the youngest players in the MLB, he has solidified himself as the starting center fielder, proving that he is, in fact, a dominant force for Atlanta’s lineup.

Since (2B) Ozzie Albies went down on June 13 with a Jones fracture, placing him on the 60-day injured list, Atlanta has been looking for a good replacement.

In an attempt to do just that, the Braves have been rotating Orlando Arcia, Phil Gosselin and veteran Robinson Cano at the position.

Among the three, Arcia looks to be the strongest option as he has produced 33 hits, 18 RBIs and four home runs in his 129 at-bats.

As far as pitching, Atlanta seems to be in a solid place.

With a starting rotation like All-Star Max Fried, Spencer Strider, Charlie Morton, Kyle Wright and Ian Anderson, Atlanta has one of the stronger rotations in the MLB.

Atlanta’s bull-pen consists of some promising arms – Collin McHugh, Jesse Chavez, Tyler Matzek, Darren O’Day and Dylan Lee – who each have proven to be able to hold their own on the mound.

With closers, the Braves lost their top arm Kenley Jansen to the Injured List on June 28 due to irregular heartbeat. Jansen has recorded 22 saves for Atlanta with a 3.53 ERA and a 4-0 record. Now with Jansen out, A.J. Minter has been the most impressive closer as his ERA sits at a low-1.83.

Moving into the second half of the season, the Braves stand as one of the strongest clubs in the MLB. As the team looks to close the gap on the Mets in the NL East race, Atlanta will need to prove they can beat other strong opponents, including New York itself.

Atlanta and New York will face off in 12 more games. The Braves currently hold a 3-4 record against the Mets this season.

The Braves will begin the closing half of the season on Friday night, kicking off a three-game weekend series against the Los Angeles Angels at Truist Park.