Who Let the Dawgs Out?! 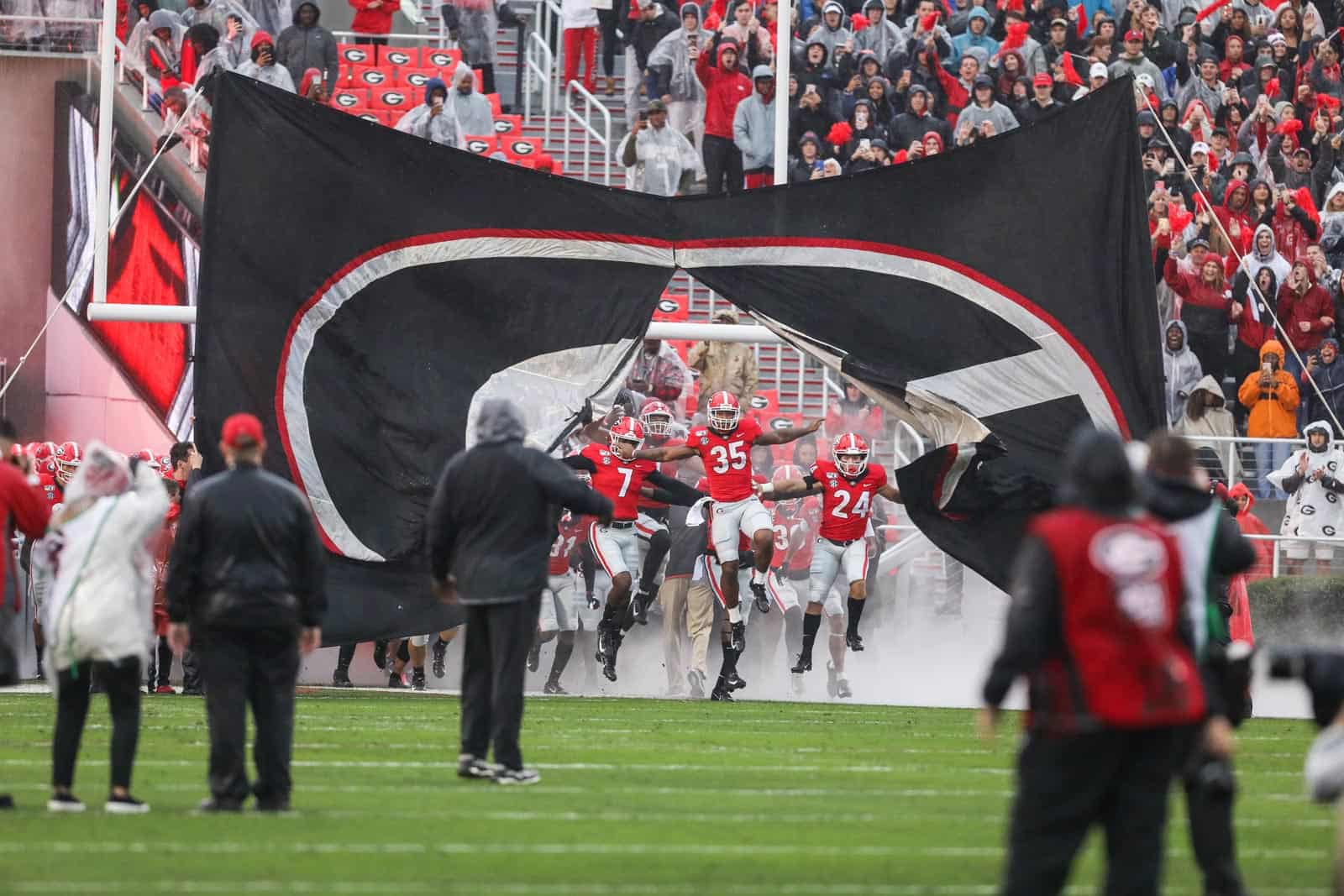 Even though the Big Ten and Pac-12 made the decision to sit out, we are still some lucky college football fans thanks to the SEC and ACC who we get to cheer on this fall. The SEC league will be switching to a 10-game, conference only schedule starting this Saturday, September 26th, while the ACC officially began on September 10th and is playing an 11-game schedule with 10 conference games and 1 non-conference game. The Georgia Bulldogs are one of the many SEC teams striving for that national championship, especially since they have yet to win since 1980. They will have some difficult opponents to overcome this season in order to obtain that much needed win.

Georgia will be opening the season on the road this Saturday against the Arkansas Razorbacks. This should be an easy matchup for the team overall being that Arkansas had a 2-10 record last season. This should without a doubt result in a Georgia win and help begin the season off right.

The next matchup for Georgia won’t be as easy since they are facing the Auburn Tigers early in the season. Georgia has won against Auburn for the past two years, but with each team adjusting to new players this season anything can happen. Hopefully Georgia having the home field advantage will prove success for the team during this matchup.

Next up, Georgia Bulldogs vs the Tennessee Vols. Tennessee has improved since obtaining Jeremy Pruitt as head coach, but they will still be no match for the bulldogs.

Unfortunately, this next game will be the most difficult one that they have to play because this one is against no other than the Alabama Crimson Tide. The last Georgia victory over Alabama was in 2007. Since then Georgia has had some disappointing losses against Alabama, including a recent national championship loss. Anything is possible when new players are brought into the mix so Georgia fans will be praying for a miracle.

Georgia vs the Kentucky Wildcats, Florida Gators, Missouri Tigers, Mississippi State Bulldogs, and the Vanderbilt Commodores should all be fairly easy games for the bulldogs to overcome in the next few weeks of the season. A difficult game could come from their matchup against the South Carolina Gamecocks being that they had a disappointing loss against them last year. These games need to result in wins for Georgia since they will have a more difficult time overcoming those bigger SEC West teams (Auburn and Alabama). This way they have a strong shot at making it to the college football national championship again.

There will be many new players to the team this season, including a new quarterback that is still unidentified. Jamie Newman was expected to be the new starting quarterback for Georgia until he announced that he was opting out of the 2020 season altogether because of coronavirus concerns. So now the big question is who are we going to see as starting quarterback this Saturday?

“As far as I can tell, it’s probably going to be a game-time decision,” Bulldogs Coach Kirby Smart said in regards to who would be starting quarterback this Saturday.

Jt Daniels, D’Wan Mathis, Stetson Bennett, and Carson Beck are all potential options for starting quarterbacks on the team right now. Daniels is a transfer from Southern Cal and is a top prospect to take over previous quarterback Jake Fromm’s spot. The only issue is that Daniels has yet to fully be cleared from a season-ending knee injury from 2019. He is the most experienced out of the four quarterbacks and was only the second quarterback in Southern Cal history to start the opener as a freshman where he passed for 2,672 yards with 14 touchdowns and 10 interceptions in 2018.

Stetson had experience playing a handful of snaps behind Fromm last season and Mathis and Beck have yet to play in a college game. Even so, Mathis has overcome a great deal in order to compete for this spot with UGA. He was rushed into an emergency surgery for a potentially life-threatening brain cyst, and is back shining in training camp competing for his spot at QB. It is looking like a competition between Mathis and Daniels for that starting position. While Daniels has more experience, Mathis has a better arm and greater mobility. This will look and feel a lot like the Fromm versus Justin Fields situation where coach Smart had to ultimately make a decision that was best for the team as a whole.

The Bulldogs had a promising 12-2 record last season despite a surprising loss against South Carolina and falling short in the SEC championship game against LSU. They have a strong defense and talented roster going into this 2020 season. Hopefully coach Smart’s starting QB decision proves success for the team, but either way Georgia will without a doubt be an exciting team to watch this fall.