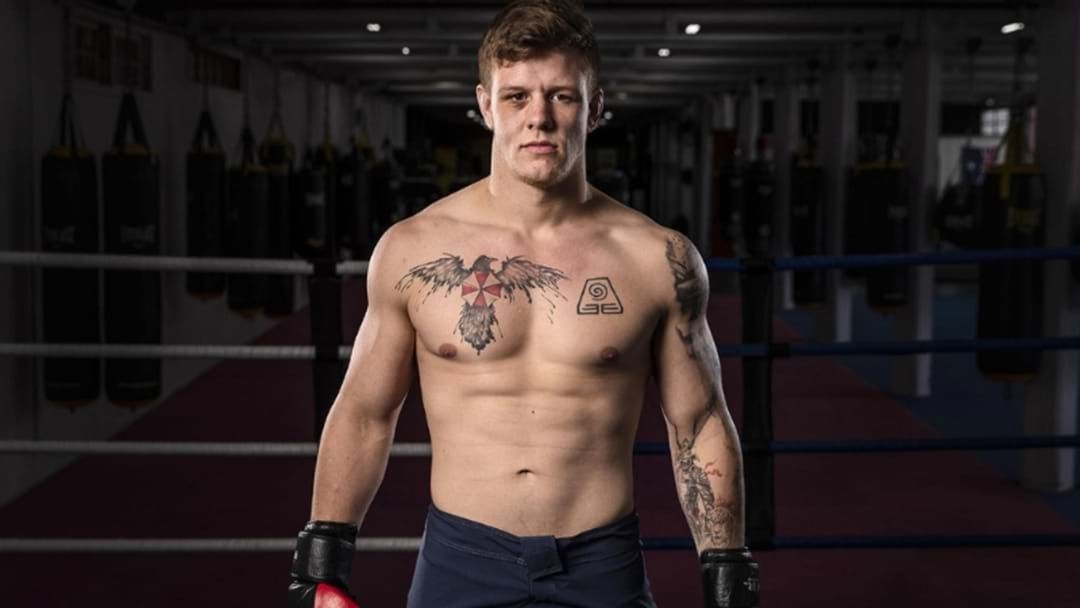 Yesterday I wrote an article about the different fads of the NFL over the past few years. I also spoke about the next “generational” coach in football, but now we need to get a head start on who will be the next “generational” athlete. Over the past 20 years there have been a few generational athletes. The first and most obvious choice is LeBron James, who was drafted by the Cleveland Cavaliers in the 2003 NBA Draft. James didn’t just transcend the sport of basketball, he changed the way the game is played. The Celtics in the late 2000’s, the Warriors of the mid 2010’s, and the Nets in today’s NBA. All of those teams were formed with a singular goal in mind: beat LeBron James in any way possible. Super teams in the NBA originally were put together just to knock the King off of his throne.

Another generational athlete that I can recall, played for the Cleveland Browns. Joe Thomas, the Browns soon to be Hall of Famer, was the best left tackle in football for ten years straight, and he never missed a snap in his career until 2017. What he did, being so good and consistent, changed the way football teams look at the NFL Draft.

So with that in mind, who do we think will be the next generational athlete will be? What sport will he or she play? Well here are some candidates to look out for in the future!

Possible Generational Athletes in the Future

1, Paige Bueckers, G, UConn Women’s Basketball: Sabrina Ionescu was an incredible women’s basketball player. The type of player you consider yourself lucky to have seen play. However, just one year after trail blazing through the NCAA on her way to being the number one pick in the 2020 WNBA Draft, there is another woman in college basketball who is turning heads. Meet UCONN freshman guard Paige Bueckers. Bueckers was the number one prospect in the 2020 women’s basketball recruiting cycle, and chose to take her talents to Connecticut. Under legendary coach Geno Auriemma, Pueckers is shining as a freshman already. She is averaging 21.1 points per game and has an assist to turnover ratio of 2-1. Just last night during the Huskies overtime win versus number one ranked South Carolina, she poured in 31 points on 14-26 shooting, six steals, and several clutch shots to give the Huskies the win. Bueckers is the real deal, and could redefine the sport of women’s basketball. (Our LA writer Jesse Zaragoza, wrote a great article on Bueckers back in December. Check it out here.) Years Until She Reaches Her Prime: 4-6

2. Emoni Bates, SF, Ypsi Prep Academy: Ladies and gentlemen, meet Emoni Bates, the closest thing to LeBron James we might ever get. Emoni Bates is a junior in high school at Ypsi Prep Academy in Michigan. However, he is the best high school basketball recruit, regardless of age, in some time. He has been compared to LeBron and is expected to be the best basketball prodigy since LeBron himself. The 6-foot-9, skinny small forward has a 7-foot wingspan. He became the first sophomore to ever to win the Gatorade National Player of the Year, after averaging over 33 points per game during the season. Bates has a lot of room to grow, and also should put on some weight as he gets older. The only question about Bates at this point is, after he graduates, will he go on and play at Michigan State for Tom Izzo, or will the one and done rule be abolished by that point so he can head straight to the NBA draft, where he will be the number one pick, no matter when he leaves Michigan State. Years Until Reaching His Prime: 9-10

3. Jadon Sancho, Forward, Borussia Dortmund: How can you talk about a generational athlete without talking about the great sport of soccer, or football in most countries. Soccer fans around my age were lucky we were born when we were. We got to experience the Golden Age of soccer. Cristiano Ronaldo, Lionel Messi, Ronaldihno, and even Wayne Rooney dominated the early 2000’s and late 2010’s. However, that run is slowly coming to an end. Who’s next? How about Jadon Sancho. I can’t properly describe Sancho’s way of playing and ruthlessness in front of goal, so you’ll just have to watch his highlights. The 20-year old star was born in London, so he could be the next great English Skipper. Years Until Reaching His Prime: 4-6

4. Fernando Tatis Jr., SS, San Diego Padres: Tatis Jr. is the best young player since Mike Trout in his first few years. The son of the legendary infielder, is a true five-tool baseball player. He can field with the best of them, he can hit for power and contact, his fielding is outstanding, and he is the man to watch in the Major Leagues for the next 9-10 years. This past season, during the shortened schedule, Tatis Jr. hit .277 with 17 home runs and 45 RBI’s. Tatis Jr. also plays on a young and talented Padres team so the window to watch Tatis Jr. before his prime is closing fast. Years Until Reaching His Prime: 2-3

5. Andrew McAdorey, M, St. Anthony’s High School: Lacrosse is the quickest growing sport in the United States, so we have to mention a lacrosse generational talent. You’ve had the Gait brothers as legends, along with Paul Rabil, but there is one player we will soon see on Duke’s roster that could change lacrosse’s popularity and change the way it’s played. McAdorey is a 5-foot-9 junior who possesses a nice 210 pound frame. He and three of his teammates at St. Anthony’s are headed to Duke in the next two years, so expect John Danowski’s Blue Devils to be loaded here in the a few years. Years Until He Reaches His Prime: 4-5

Others To Think About

Quinn Ewers, QB, Southlake Carroll (Committed to Ohio State): the number one overall recruit in the class of 2022, Ewers is the best quarterback prospect to enter college since future first round pick, Trevor Lawrence.

Erling Haaland, F, Borussia Dortmund: The other half of Dortmund’s quick strike attack, Haaland is in a class by himself along with his teammate Jadon Sancho. The 20-year old has been linked with a move to Europe’s football giants Manchester United.

Jimmy Crute, MMA Fighter, UFC: Crute has next in the UFC. The young Australian born fighter is 4-1 in the UFC, and landed big wins over Michal Oleksiejczuk and Modestas Bukauskskas.

All Cleveland Needs is Love
Frank Clark: The Unspoken Star