Who Will Wear The “C” on Their Shoulder 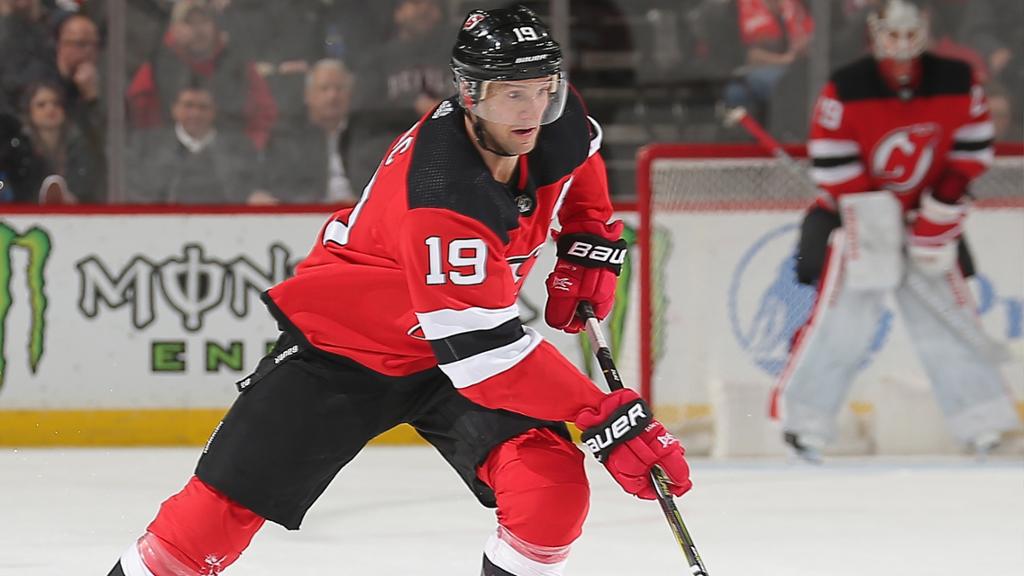 Born and raised in New Jersey, now former Devils captain, Andy Greene got traded to the New York Islanders last week. His 14 seasons in New Jersey, which included a trip to the Stanley Cup Finals in 2012, made him the Devils’ longest-serving active player. Since Greene got signed over, that now leaves Devils’ captainless.

When it comes to even any sports team choosing a captain, the team has to factor in many variables. Being the best player, in hockey’s case, the ice; is great and all, but wearing the “C” on your shoulder comes with so much more than that. Not even just applying in that factor, a lot of the times teams don’t want the star player as a captain for the team.

When being a captain in the NHL you have to take on the responsibility and lead the team as an example. The captain has to reflect what the organization believes in and values. Not even that, the captain of each team represents when actions may have to be taken with the referees or other team captains. They represent the team and the coaching staff.  With all of that responsibility the captain has to take, they also are the “go-to” for post game media and interviews, so they have to be well spoken. This means it could be the best game or worst game and you have to be able to speak with representing the team well as well as yourself.

These are the starting rules and responsibilities that the NHL official rules say about each team’s captain.

One Captain shall be appointed by each team, and he alone shall have the privilege of discussing with the Referee any questions relating to interpretation of rules which may arise during the progress of a game. He shall wear the letter “C,” approximately three inches (3”) in height and in contrasting color, in a conspicuous position on the front of his sweater. No co-Captains are permitted. Either one Captain and no more than two Alternate Captains, or no Captain and no more than three Alternate Captains are permitted (see 6.2).

Only the Captain, when invited to do so by the Referee, shall have the privilege of discussing any point relating to the interpretation of rules. Any Captain, Alternate Captain or any player who comes off the bench and makes any protest or intervention with the officials for any purpose shall be assessed a minor penalty for unsportsmanlike conduct under Rule 40 – Abuse of Officials. Should this protest continue, he may be assessed a misconduct penalty, and if it further continues, a game misconduct penalty shall be warranted.

A complaint about a penalty is NOT a matter “relating to the interpretation of the rules” and a minor penalty shall be imposed against any Captain, Alternate Captain or any other player making such a complaint.

If the permanent Captain is not on the ice, Alternate Captains (not more than two) shall be accorded the privileges of the Captain. Alternate Captains shall wear the letter “A” approximately three inches (3”) in height and in contrasting color, in a conspicuous position on the front of their sweaters.

Only when the Captain is not in uniform, the Coach shall have the right to designate three Alternate Captains. This must be done prior to the start of the game.

The New Jersey Devils are on the lookout for a new “C” to give out. Whoever wears it, nust project these rules and represent the team well. Even after the life-long Devil got traded, he still showed his captain ways and showed up to Kyle Palmieri’s Annual Military Ball. The Kyle Palmieri Foundation hosts the event.

“The mission of the foundation is to give back to those who put their lives on the line to preserve our freedoms as Americans.”

Ironically former Captain Greene showed up at Palmaris event, fans said they would enjoy seeing Kyle Palmieri as the team’s new captain. This is not a far off thought considering that he is currently an alternate captain for the team and is also a very well rounded player. He is known to carry himself well and has been a part of multiple NHL All-Star games. As The New Jersey Devils continue their three game winning streak, only time will tell who will get the “C.”

Porzingis Proving His Worth For Mavs
UFC 248 Co-Main Event: A Hall of Fame Fight