Why Bam Adebayo Deserves To Be A DPOY Finalist 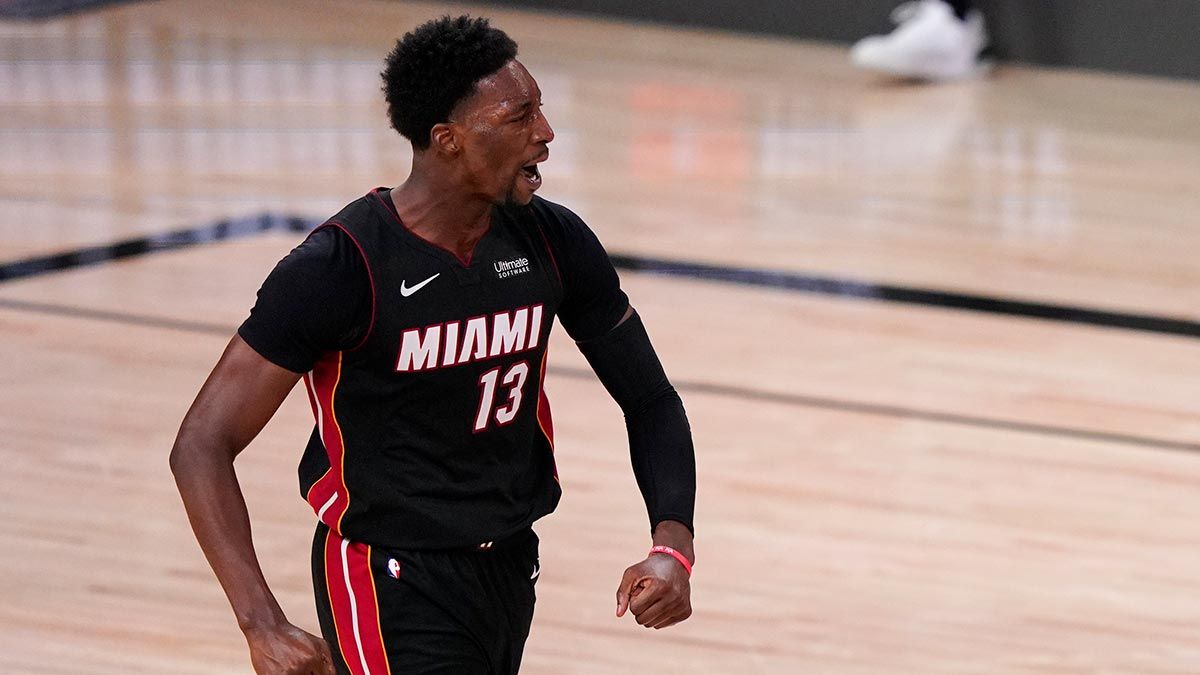 Even though it’s only Bam Adebayo’s fourth year in the NBA, he is slowly becoming not only the face of the Miami Heat but the face of Miami sports. Bam started his career as a backup for Hassan Whiteside before Whiteside was eventually traded to the Portland Trail Blazers in 2019, opening the door for the Bam era to begin in Miami. In his first season as a full-time starter, Bam’s impact was felt immediately as he averaged a double-double by putting up 15.9 PPG and 10.2 RPG while leading Miami back to the playoffs and earning a nod to the 2020 NBA All-Star game. Bam has continued his rise to stardom this season as well, averaging career highs in both PPG and APG while also helping the Heat clinch a spot in the playoffs for the second year in a row. What aspect of Bam’s game that has seen the most growth from the time he entered the league as a rookie, though, is what sets him apart from all the other centers in the NBA – his defense.

Bam Adebayo is one of the most gifted defenders in the game of basketball. This season he is averaging 1.2 SPG along with 1 BPG. Not only can Bam pin a dunk off the backboard and send a jump shot into the second row, but he can shut down players on the perimeter as well. Bam can shut down both the best big men in the league and the best guards in the league as well, and this has been proven several times this season.

During the Heat’s matchup with the Brooklyn Nets in April, seven-time All-Star Kyrie Irving shot 0/8 when guarded by Adebayo. In fact, Nets players shot 3/17 when guarded by Bam during that game showcasing his ability to guard 1-5.

Just last week, Bam Adebayo was tasked with guarding MVP-finalist Joel Embiid in a matchup against the Philadelphia 76ers. Embiid has dominated this season on the offensive side, averaging 28.5 PPG and 10.6 RPG. What happened when Bam matched up with him, though? Embiid finished the game with 6 points off 3/9 shooting and four turnovers.

Adebayo’s stellar impact on defense has sparked a movement from Heat fans, as the “#BAMDPOY” has been created to help gain support for Adebayo to be considered for the award. Bam also has had support from several of his teammates and staff, including Jimmy Butler and head coach Erik Spoelstra. Spoelstra has mentioned several times in his post-game press conferences that Bam should for sure be a finalist for the award. Butler, however, took it a step further by saying that Bam is the defensive player of the year outright.

Near the end of the season, Bam himself even started pushing the notion that he is worthy of league-wide recognition. Following a win earlier this month against the Boston Celtics, Bam declared himself the Defensive Player of The Year and followed it up by saying, “I do everything on defense” before dropping the mic and walking out on the TNT crew.

On Thursday night, though, it was announced that Bam Adebayo wasn’t one of the three finalists for the award as Rudy Gobert, Ben Simmons, and Draymond Green got the nods. This upset not only Heat fans but Adebayo himself as he took to Twitter to post his reaction to the news by tweeting out “Haha.”

Expect Adebayo to not only use this snub from the DPOY award as motivation for the Heat’s upcoming playoff run but as motivation for the rest of his career. Bam is one of the most promising young stars in the league today and will for sure have multiple defensive player of the year awards tied to his legacy by the time his career is all set and done.

Nets vs. Celtics: Here’s What You Need To Know For The Playoffs
Improvements for Every Philadelphia 76ers Players