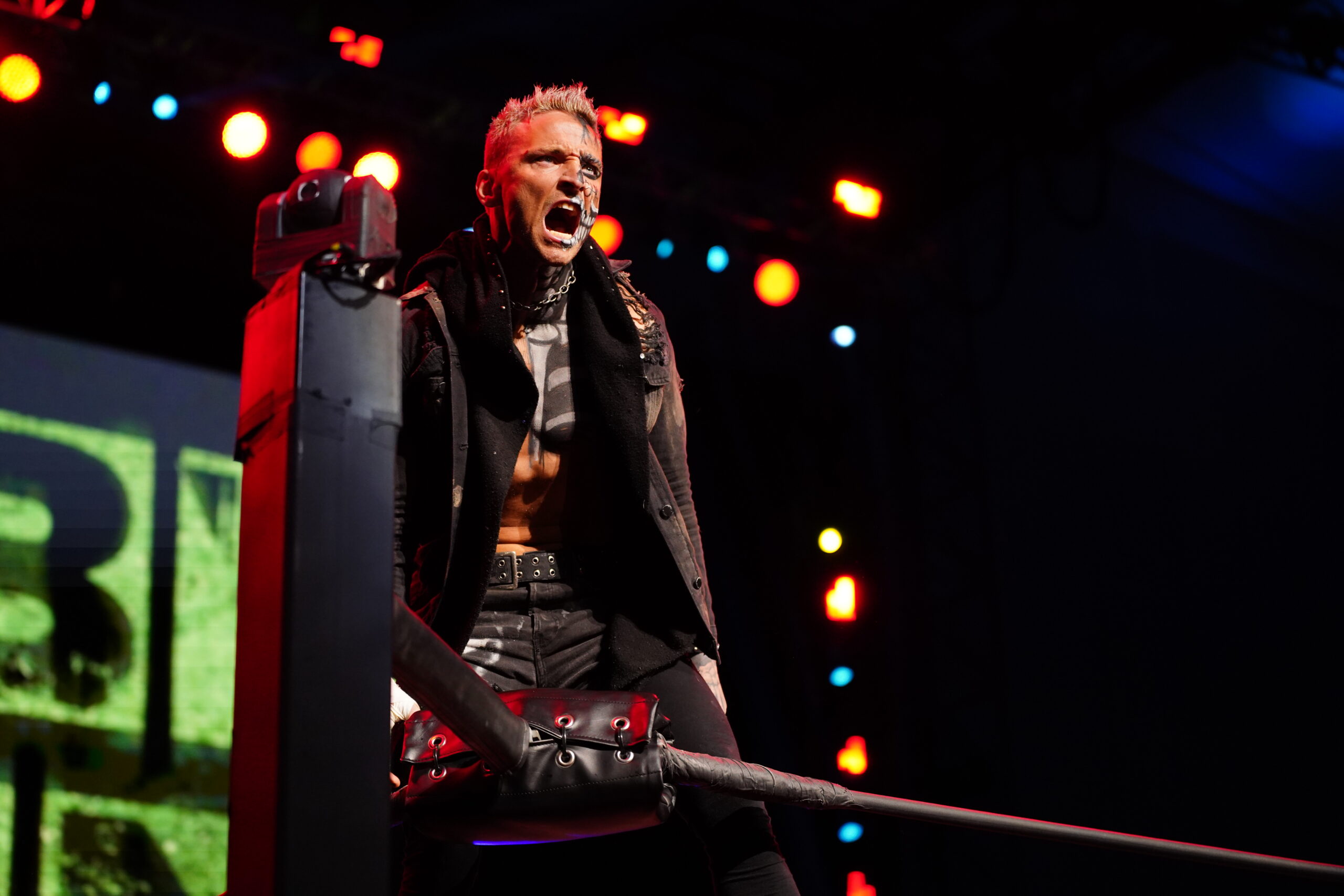 This week on AEW Dynamite (Feb. 10), Darby Allin defended the TNT Championship against Joey Janela. This was just Allin’s second defense since defeating Cody Rhodes for the title on November 7. But this match was a much needed change of pace for the TNT Champion.

Darby’s first defense, on January 7, came two months after his victory over Cody. Allin retained the belt in a 13 minute physical match against Brian Cage. But it would take 34 days for the champion to be coaxed into the ring for another title defense.

A problem that Darby has faced during his title reign has been the feud with Team Taz. Simply put, the feud has gone on for too long. It started back in July of 2020, yet still almost seven months later, they are still trying to settle their score. Yes, Sting did arrive and involved himself, aligning himself with Darby in December. But Sting, being 61 years old, is quite limited in his involvement and his in-ring ability.

It seemed like week after week, Darby and Sting would be in the ring, Team Taz would come out of the back and the two sides would stare each other down before walking backstage. Maybe they would shout a bit at each other and Sting ominously would swing his bat. But for the most part, the two parties just stood there, repeating each week.

Finally, a light at the end of the tunnel appeared. On January 21, AEW announced that Sting and Darby Allin would be facing Ricky Starks and Brian Cage of Team Taz in a Street Fight at the upcoming pay-per-view, Revolution. Revolution is taking place on March 7, about a month away. It is great that there is a visible end line for the feud. But the problem is that there are three weeks of television that need to be filled in the meantime.

Perhaps the fuse was cut too long for this storyline. Maybe they needed to settle it on an episode of Dynamite. Either way, three additional weeks of building this match seems like a difficult task, especially considering the previous seven months. And all the while, Darby Allin has had just one title defense.

Things started to turn around in early February. On February 3, AEW announced on twitter that Allin would be defending his title against Janela the next week. This matchup was not the pair’s first meeting in AEW. On August 31, 2019, the two met in the squared circle with Jimmy Havoc in a Cracker Barrel Clash match which Havoc won. This would be their first singles match since Pro Wrestling Guerilla’s Mystery Vortex VI on May 10, 2019, which Allin came out on top. That match saw Allin leap off the top turnbuckle with a trash bin over his head towards Janela.

Janela and Allin are a perfect fit for each other. Both have a willingness to put their bodies on the line to win at all costs. They bring a new meaning to the phrase using their bodies as a weapon. Their aggressive and physical in-ring styles mesh better than peanut butter and jelly.

Janela and Allin traded holds to start the match, despite not known for being “technical” wrestlers. The “Bad Boy,” Joey Janela created an advantage for himself by delivering a brainbuster to Allin on the ring apron. He then quickly followed it up with a dive to the outside onto Darby.

At the beginning of the match, Allin picked a body part on his opponent and targeted it whenever he could. Darby used his mat wrestling skills to twist, bend and contort his adversary’s arm. Before long, he had compromised Janela’s left arm and shoulder. An Avalanche Code Red delivered to Janela allowed the champion to pin Joey’s arm underneath his own body and climb to the top rope. From there, Allin delivered his “Coffin Drop” to secure the pin and retain his title.

When we compare what has been happening between Allin and Cody’s title reigns, things look very different. Darby almost seems like he has been avoiding matches by tying himself up with Team Taz. Cody was putting on defenses almost every week. The constant matches allowed Cody to demonstrate what he could do in the ring across a variety of styles. With Darby Allin breaking out on mainstream television in AEW, it would make sense for him to similarly show what he can do to this new audience.

The match against Janela gave both men that chance. It is always great to see a champion fighting for the title on TV. Having only two defenses across 95 days comes across as something a dastardly villain would do. Engaging with other talent to regularly prove they are the best is something that seems in line with the face of TNT.

Janela brought out a side of Darby that we have not seen in weeks, the side that earned him a spot on the Top 5 AEW Matches of 2020. It was refreshing to see the title defended again. Hopefully, after the Street Fight at Revolution, we will see a change of scenery for the TNT Champion. Darby will be free of Team Taz and he can get back to having solid matches that exhibit his abilities in the ring.