Why The NFL Needs To Move On From The Onside Kick 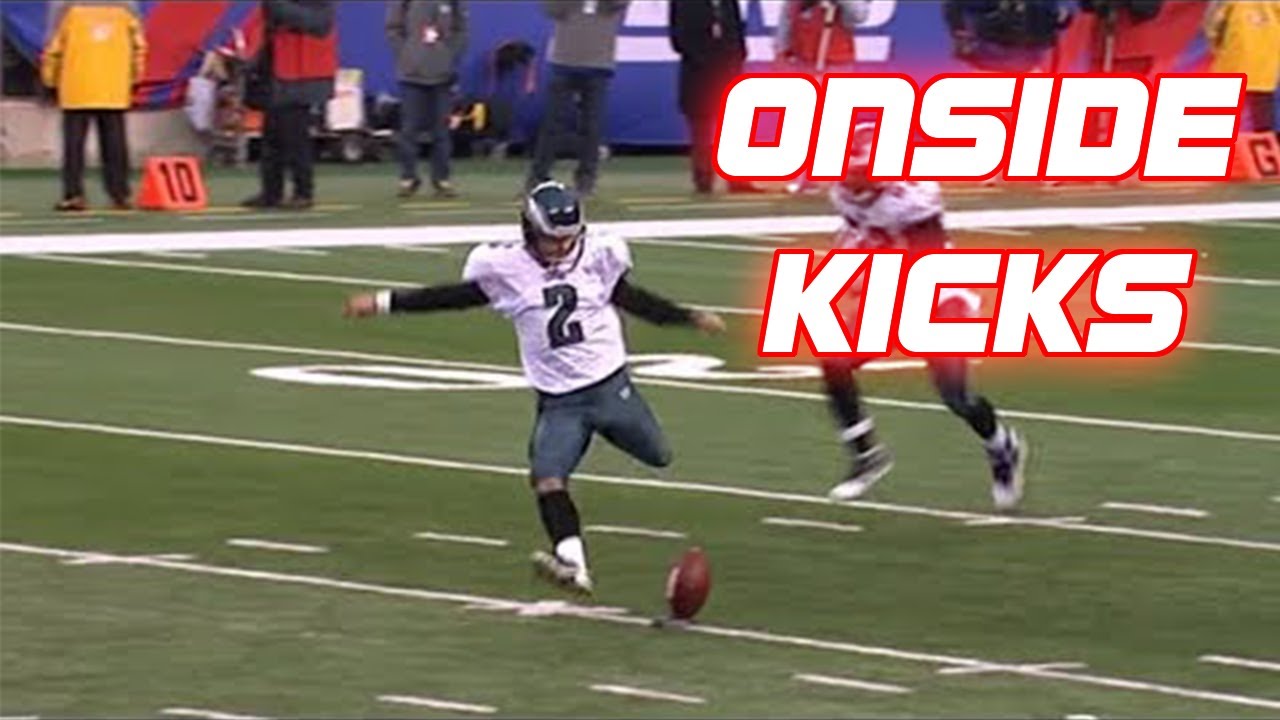 Week 9 in the NFL was full of nail biters and close finishes. We saw rookie 6th rounder Jake Luton nearly pull out a victory in his debut, the Falcons almost fall victim to another 4th quarter meltdown, and the Panthers coming up just short of a monumental upset over the defending champs. However, they had all one thing in common: each team failed to recover an onside kick in the midst of a comeback attempt and went on to lose their game.

Ten years ago, this wouldn’t have been an issue; even five years ago, onside kicks were an integral part of end-of-game situations. Now though? It’s one of the more lopsided, anticlimactic plays in all of football.

In addition to the three games mentioned above, there were three other games that came down to an onside kick where each kicking team failed to recover:

Due to the structure of the play, onside kicks have become so much harder to recover. It started in 2011 when the NFL changed the kickoff parameters: the kickoff moved up five yards to the 35 in an attempt to create more touchbacks, avoid more high-speed collisions, and in all, take out the most dangerous play in the NFL.

As we learn more about which plays are the most dangerous, the NFL has made a conscientious effort to make the game safer. This includes the onside kick – in 2018, the NFL implemented a few new rules to make onside kicks safer:

Similar to the kickoff, onside kicks have become a much safer play, avoiding these dangerous high-speed collisions and consequently, as a result, onside kicks are nearly impossible to recover:

Formationally, kicking teams cannot gain an advantage because of the restrictions the players must line up in. Furthermore, they cannot generate any speed without running up before the kick. It may as well be a foregone conclusion that the receiving team will recover an onside kick because the rules are heavily in their favor.

The numbers back this up; in 2017, before the rule changes were implemented, 21% of onside kicks were recovered by the kicking team. Let’s take a look at the last few seasons since the new rules were applied:

Due to the rule changes, the structure of the onside kick has tilted it so much in the receiving team’s favor. Most of the time, the kicking team needs a miraculous bounce or fluke to even have a chance at recovering:

The NFL is doing the right thing – they are avoiding head-on collisions and extending the careers of these special teamers who are at more risk for severe head trauma than most positions on the football field.

However, it does make for some disappointing endings to some phenomenal football games. So, what should the NFL do?

The onside kick was once of the more exciting and exhilarating plays in football. But just like the kickoff, it should be phased out:

The NFL should adopt something similar to the AAF format that was introduced in 2019:

The American Alliance Football league was launched in 2019 but was quickly shut down due to lack of funding. But there may be a silver lining as they were onto something in regards to how we should handle onside kicks.

Instead of an onside kick, the AAF enabled a 4th & 12 from the kicking team’s own 28. A team could only attempt this “4th down conversion” if they were down by 17 or more, or if there was under 5 minutes to go in the game. This caveat is important because teams with QBs like Patrick Mahomes, Russell Wilson, and Kyler Murray could abuse this rule.

For the past decade, the rules have been steering towards taking more safety measures for precautionary and entertainment purposes. Let’s call a spade, a spade: the NFL has enacted these parameters to ensure QB safety who are the NFL’s most marketable players, while tipping the framework of the rules so much in the offense’s favor because points and offense sell.

The NFL needs to fully embrace this stance and implement a 4th & 12 conversion model. The end of games would immediately become much more entertaining and it would eliminate one of the more boring plays in football.

This model has been proposed in both 2018 and 2019 by the Denver Broncos and Philadelphia Eagles, respectively. In order for the rule change to be put into effect, 24/32 owners need to approve – obviously, these proposals were shut down.

Throughout history, the NFL has definitely displayed an extent of holdback and adaptability to change versus other major sports. For example, the NFL has still refused to change its’ ridiculous overtime format, despite college football’s much more fair, and appealing format.

Embrace the offense, embrace the points, embrace the change. The NFL has already gone this far to change the structure of the game with more frequent DPI and holding penalties in the secondary along with targeting and unnecessary roughness fouls. All these rule changes have greatly favored the offense because it’s a QB and offensively-driven league.

The onside kick ending is similar to a great basketball game that has all the fun sucked out of it when the end is full of free throws and timeouts.

Why not get rid of these inevitably anticlimactic endings and implement a format that would generate fireworks and some of the NFL’s most memorable plays?

Just this weekend, we could’ve seen Russell Wilson try to mount a 10-point deficit with under 2 minutes to go, or rookie Jake Luton pull off a magical debut against Houston. But no, these games have to end with nearly impossible onside kick recoveries.

If we look back throughout NFL history, when we think of great comebacks, there are very few onside kicks that come to mind. But could you imagine the endings and magical plays that would occur with this rule change in just 1-2 years?

It’s time to move on from one of the more boring and dying plays in all of football and move to greener pastures with the 4th down conversion.