Why The Rondo Trade Makes Sense For The Clippers 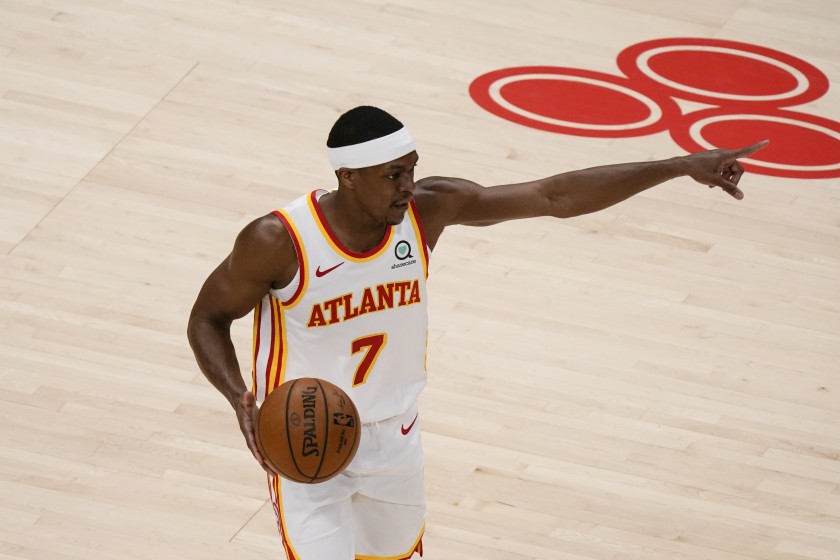 The only move the Los Angeles Clippers made at the trade deadline on Thursday was to trade Lou Williams to the Atlanta Hawks for Rajon Rondo. If you were to look only at the headline of this deal, the Clippers side of this trade doesn’t make sense. It isn’t until you dig a little deeper that you start to understand what the LA team was thinking.

Williams is commonly referred to as a “certified bucket-getter” by commentators around the league. He is the all-time leader in bench scoring points, surpassing the previous leader, Del Curry, two years ago. The 34-year-old isn’t in the game to play defense, he’s there to score.

Rondo, on the other hand, is a facilitator. He won’t wow you with his stat line, but he will help control the tempo of the game and get everyone involved. The last time he was really able to take over a game was his last couple seasons in Boston.

So, the question still stands: Why did the Clippers want Rondo?

There are a couple reasons as to why I think they made the move. Rondo has fallen into the habit of almost hibernating in the regular season and becoming a different beast, “Playoff Rondo,” in the postseason. The Clippers are betting that Playoff Rondo will come out this season too, and help them with their playoff woes.

After averaging 7 ppg. and 5 apg. in the regular season last year, he went on to average 13 ppg., 9.6 apg., and 6.3 rpg., in the playoffs. On a Los Angeles Lakers team with Anthony Davis and LeBron James at the helm, he was the definite third guy in the postseason.

The Clippers also do not need Rondo until the playoffs. They currently sit in third place in the Western Conference, two games in the loss column behind the Phoenix Suns. The Lakers are only one game behind the Clippers, but there is very little risk of the LeBron and Davis-less Lakers overtaking the Clips.

With 25 games left in the season, the Clippers have games against the Magic, Rockets, Timberwolves, Hornets, and Pistons. They should be able to coast their way to the playoffs even with Kawhi Leonard and Paul George missing games here and there.

To truly decide if the Rondo deal was worthwhile, we will have to wait until the postseason. There will however be a sneak peek into how successful it is within the next couple of games, depending on if the Clippers can win these games without Lou Williams.