Why The Seahawks Should Keep Russell Wilson 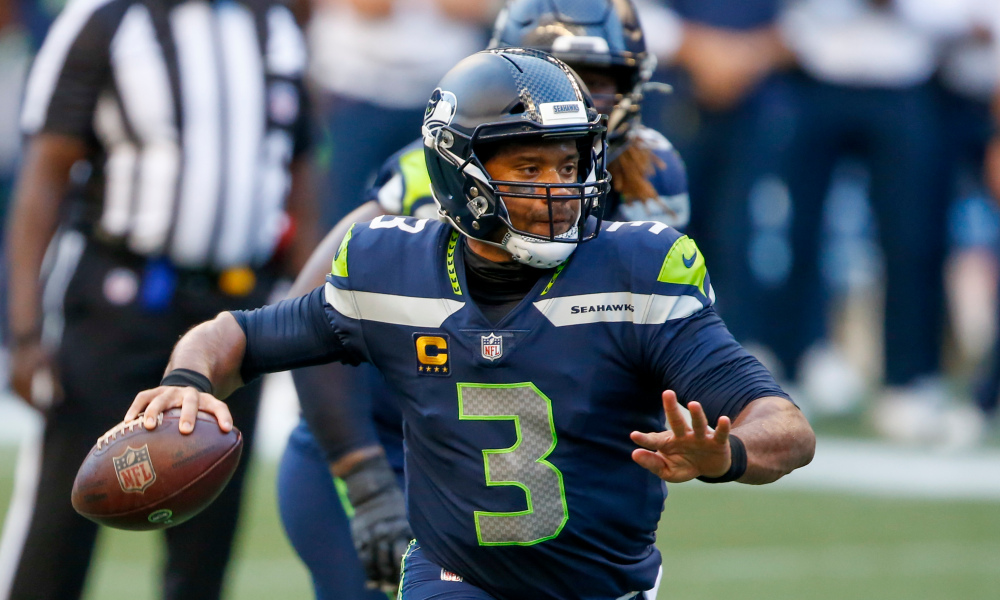 The trade winds have been blowing in the Pacific Northwest as Seattle Seahawks quarterback Russell Wilson has been expressing his wishes to leave the Emerald City.

Even though tensions are high, it does not seem very likely that the Seahawks will trade Russell Wilson at the very least in the coming months because of the ridiculous cap casualties that come with trading the future Hall of Fame quarterback. According to Mike Florio of PFT, if a deal is done prior to June 1st the Seahawks would absorb a $39 million cap hit for 2021, shattering the record set by the Eagles after trading Carson Wentz to the Colts just a few weeks ago.

Here are three of the primary reasons why the Seahawks should keep Russell Wilson for the 2021 season.

Russell Wilson is a Hall of Fame Quarterback in his Prime

This reasoning is easily the most simple and straightforward, yet fans seem to disregard it. At a point in time last year Russell Wilson was the clear MVP and best quarterback in the league. Then everything went downhill. Even at his worst Wilson is undisputedly a top-5 quarterback in the NFL and that is an asset teams should not be willing to part with.

Year after year Wilson has been constantly beat up, being the most sacked quarterback since entering the league in 2012. Despite this horrifying statistic, Wilson has dragged a mediocre team to the playoffs the past three seasons and still doesn’t get the credit he deserves.

Russ has set the record for most wins by a quarterback through a players 2nd, 3rd, 4th, 5th, 6th, 7th, 8th, and 9th season. He also has never missed a start in his 9-year career.

The Jets Own the Seattle’s 2022 Draft Pick

The trade that sent Jamal Adams to the Seahawks back in 2020 is a huge reason why the Seahawks should not trade Russell Wilson.

As a result of this trade the Seahawks gave up a 2021 first, a 2022 first, and a 2021 third in return for Adams. Not having that 2022 pick is crucial to the decision to trade Russell Wilson.

In addition to absorbing the mega cap hit if he were traded, the 2021 season would more likely than not be a poor one. Having a less than stellar roster coupled with one of the hardest schedules in the league could easily result in a top-10 pick that the Seahawks do not own.

The Houston Texans are a great example of why this is a bad idea.

Keeping Wilson around for at least one more season makes Seattle contenders and means that they won’t have to risk giving away a top 15 pick. It will also give Russell the opportunity to work with new offensive coordinator Shane Waldron, who was his first pick to replace the position previously held by Brian Schottenheimer.

After a disappointing end to the season in 2020 we witnessed the separation of Tom Brady and Bill Belichick, a duo that had been together for 20 seasons and won six Super Bowls.

Last offseason the NFL world wondered who would get the ultimate last laugh, the coach or the player. Belichick’s greatness is undeniable, but the clear winner of the two is Brady.

In his first season apart from the head coach that people said he would never manage without, Tom managed to take a team who hadn’t made the playoffs in 13 seasons and bring them a Super Bowl championship.

The same thing could and would happen to the Seahawks if Russell Wilson were to leave.

Pete Carroll has not been the person keeping the organization afloat with clutch plays and game winning drives week after week. The guy wearing the number 3 has been.

Wilson has been the lifeblood of the organization since 2012 and it would be a mistake to keep Carroll over him.

For more on why the Seahawks should get rid of Pete Carroll click here.