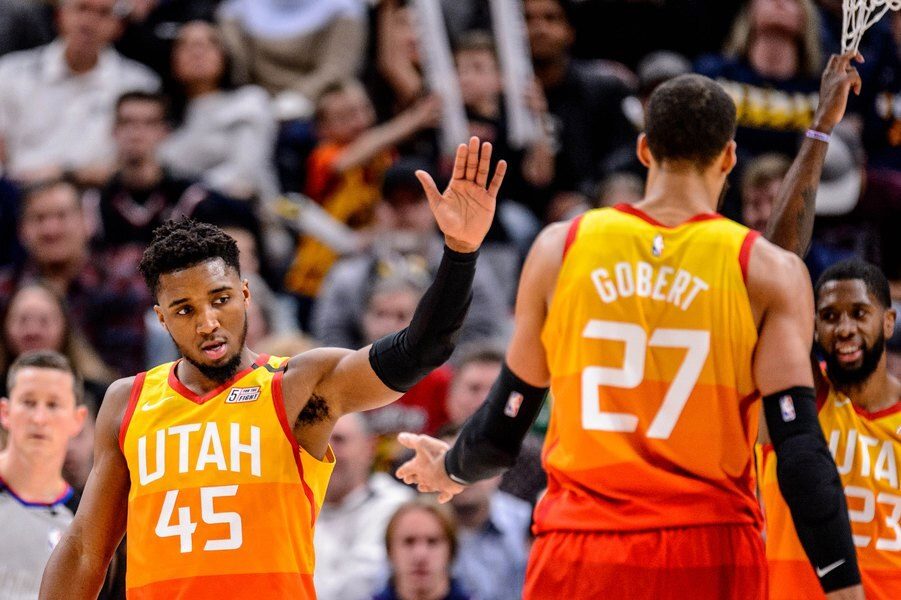 On Friday, The Athletic released a story about the hours following the Utah Jazz game against the Oklahoma City Thunder was called off minutes before tip-off after Rudy Gobert tested positive for COVID-19.

The hours that followed included the time it took to test the players at Chesapeake Energy Arena, finding a hotel that would take in a roster that had been around and traveled with the NBA’s patient zero for the coronavirus, finding out that a second player, Donovan Mitchell, also tested positive, and being forced to leave the two behind and find separate travel arrangements for the two to begin quarantine and recovery.

The article released by The Athletic with the headline “It doesn’t appear salvageable” instantly seemed to set an alarm across the internet for Jazz and NBA fans alike. Fans in Jazz Nation began picking sides on which All-Star was more critical to the team’s future. Unverified fan accounts began creating rumors that Donovan Mitchell would be requesting a trade, and fans began using the Trade Machine to find him on the Knicks or Lakers or whatever their preferred team was.

The reality, though, is that the headline distributed by The Athletic and the title of the actual article tell two different stories. The title of the article was “Behind the scenes with the Utah Jazz during the days that changed everything.” With The Athletic’s content being behind a paywall not enough people made the investment of time or money to access the story, and immediately springboarded in reaction and trade rumors. While the quote from The Athletic source is real and things between Donovan and Rudy may not “appear salvageable” that doesn’t mean that things won’t change.

The path to reconciliation needs to come from Utah’s two biggest leaders. Donovan Mitchell and Rudy Gobert have brought a level of leadership that the Jazz haven’t seen since Deron WIlliams and Carlos Boozer. Although Gordon Hayward was an All-Star player for the Jazz he shied away from ever taking on the role as a vocal team leader. The same cannot be said of Rudy Gobert or Donovan Mitchell, who both early on have embraced roles as leaders of an up-and-coming team.  How these two react and come together when the likelihood of playing together again approaches will be their biggest test of leadership yet.

When asked about it Joe Ingles, another team leader said: “I’m confident our team is going to be totally fine, I heard Donovan’s response (on GMA), or whatever it was, to that question, and a part of that is on Donovan and Rudy to sort out if he’s frustrated with him or whatever. But I have no doubt when we go back to training, or when our season starts again, our team is going to be what we have been and what we are. … I’m confident our team will be completely fine. The chemistry will be fine.”

The chemistry needs to be fine. Both players benefit from each other’s presence greatly. Andy Bailey of Forbes pointed out two great stats on Twitter on why the two need to make this work.

In the first 24 hours after the article was released, reactions were largely adverse and caused a bit of panic among Jazz Nation. Taking time to read the article on The Athletic beyond the headline brings clarity to the situation for the Jazz and time being on their side. Another positive from the piece came Sunday when Rudy Gobert joined an Instagram live with Taylor Rooks and spoke for his first time on the matter. We find out that the two spoke for the first time on Saturday night after the article was released. While it may not be directly because of The Athletic piece, the timing seems to suggest being more than a mere coincidence.

“It’s all about being a professional. Everyone has got different relationships… it’s never perfect. People that are married, it’s never perfect,” Gobert said. “So me and my teammate, no it’s far from perfect but at the end of the day, we both want the same thing. It’s winning. We are both grown men and we’re going to do what it takes to win…We’re both ready to go out there and try to win a championship with this team.”

The Jazz have already grown significantly as a unit since drafting Donovan Mitchell. They have become a team that you have to include in the conversation as championship contenders. Their growth doesn’t have to stop after a series of unfortunate events surrounding a global pandemic. Both players should be able to grow and mature as leaders from this situation and again unite working towards a common goal. It may take time, but just as became a sort of mantra for the Jazz in the 2018 playoffs, “The strength of our team is our team.” That truth remains, and Jazz fans can hope that their two biggest stars will remember that and again fight for their championship aspirations.