Wild Happenings Close Out The Storied 60-Game Season: Takeaways From Games Four, Five And Six Of the World Series 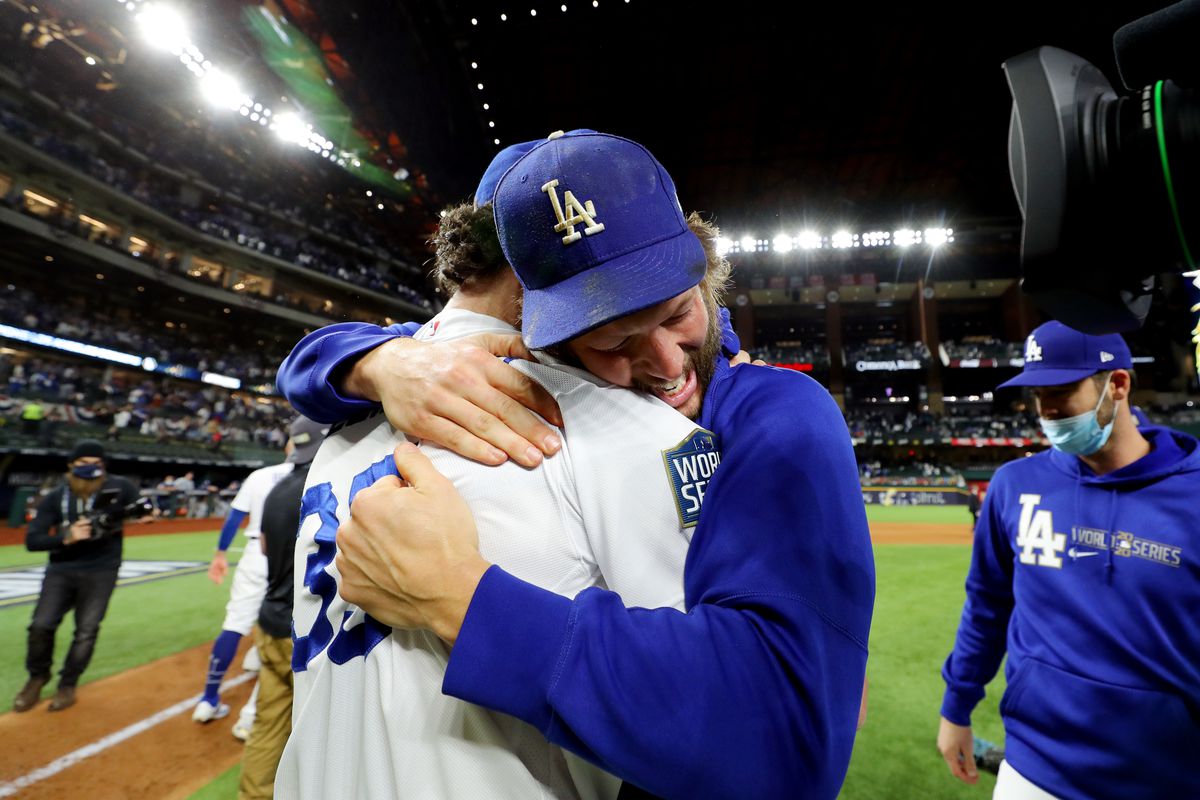 The Los Angeles Dodgers finally won the World Series! While that headline might have been expected by many going into the World Series and even at the start of the regular season, few thought it would happen with the kind of drama seen in games four, five and six. Who anticipated a single managerial pitching move defining one team’s fate while raising another team’s eyebrows? Who thought they would be mentioning the name Brett Phillips? And who thought a positive COVID test would arise just as baseball was celebrating getting through a full pandemic season? Here is what happened in games four, five and six of the World Series.

Rays starter Blake Snell looked nearly flawless through the first five innings. Don’t fix what isn’t broken right? Well, having just given up two hits through five innings pitched, the former Cy Young winner was pulled from the game in the sixth when he had only thrown 73 pitches. Snell was making the Dodgers lineup look like fools. But Tampa Bay Rays manager Kevin Cash once again put heavy, heavy emphasis on the use of the bullpen, maybe too heavy. Following Snell being pulled and with a 1-0 lead, Rays reliever Nick Anderson immediately gave up a double to Mookie Betts to put runners on second and third. The double was followed by a wild pitch that allowed Austin Barnes to score easily from third. The Dodgers then took the lead on a fielder’s choice by Corey Seager to allow Betts to easily score. Putting in a reliever to face the top of baseball’s most dangerous lineup when your starter is absolutely dominating will perhaps go down as the most controversial pitching change in baseball history. The Dodgers still might have won the World Series, as a Rays win would have only forced a game seven, but what does this spell for the future of analytics approaches and the trust in front offices to make player decisions? Is the future of sabermetrics in baseball now in jeopardy after one costly decision by Cash?

Julio Think You Are

Contrary to Cash’s decision to pull a pitcher,  Dodgers manager Dave Roberts decided to put trust in one of his most dependable relievers, Julio Urias, who was on just two days of rest from his game five start. The move by Roberts to trust Urias to go the length ended up prevailing over Cash’s aggressive analytics. Like in the NLCS, Urias came up huge for the Dodgers, shutting the door on the Rays lineup in the final two innings. Roberts trusted his reliever to go the distance despite analytics probably siding with the idea that he might be exhausted from the previous outing. The trust paid off, and after years of being criticized for the Dodgers playoff shortcomings, Roberts finally found himself as the leader on top.

Just as fans were all celebrating a Dodgers championship, forgetting about third baseman Justin Turner’s mysterious disappearance in the middle of the game, the worst possible news broke about one of the most exciting players all postseason: Turner had tested positive for COVID. The report was that Turner was pulled from the game in the seventh after the MLB had been informed of his positive COVID test. According to a statement from the MLB,

“Turner was placed in isolation for the safety of those around him. However, following the Dodgers victory, it is clear that Turner chose to disregard the agreed-upon joint protocols and the instructions he was given regarding the safety and protection of others.”

This violation became apparent when Turner irresponsibly re-entered the field to join the victory celebration and took off his mask for the team photo while sitting in close contact with not only his teammates, but his manager Roberts. Roberts himself is a cancer survivor, a group at heightened risk from COVID 19. Did Turner’s negligence in the situation tarnish the legacy he was establishing as a Dodgers postseason phenomenon, and the next Mr. October? Is the integrity of the game of baseball in jeopardy for their handling of the situation, by letting Turner play in the first place and being delayed with test results? The MLB will certainly have a busy offseason of questions to answer.

Amidst all of the drama, this postseason saw a series of new records set. Part of this certainly had to do with the added best 2-out-of-3 Wildcard round, but the records were remarkable nonetheless. The Rays had a rookie outfielder in Randy Arozarena carry their offense to the fall classic. Arozerena broke the all-time record for home runs in a postseason with 10 longballs. He also set various other batting records, like most hits in the playoffs. Want more records? As if game six was not crazy enough, it set a record for the most combined batters struck out by both teams in a nine inning game at 27. The series featured no shortage of offense either. The teams combined for 21 home runs, the third most in fall classic history. This series featured everything from power, to dominant pitching, and even some small ball.

Despite the Rays suffering a disappointing loss on a controversial pitching move, they have every reason to hold their heads up high. They are not going anywhere anytime soon with this talented bunch of players. The Rays are winners in their own respect with how they gave the baseball world great entertainment in the regular season and throughout their postseason run. They showed that despite having the third lowest payroll in baseball, they could outcompete big name teams. There was no shortage of excitement for the Rays in this World Series either. The most unlikely of names in the Rays batting order, Brett Phillips, got one of the most exhilarating hits in World Series history. With two outs in the bottom of the ninth inning and the Rays trailing by one run, Phillips pinch hit and poked an RBI single to center that scored two runs on a pair of Dodger errors and tied the series 2-games-2. Just when it looked like the Rays were going to falter out of the series, they evened it up. And yes, I still believe the world of baseball should remember Blake Snell’s start despite the fact that he didn’t get to finish. When you’re in company with Hall of Famer Sandy Koufax for strikeouts through five innings in a World Series game, you are bound for the history books, no matter the outcome of the game.