Will Adesanya vs Blachowicz Be Next? 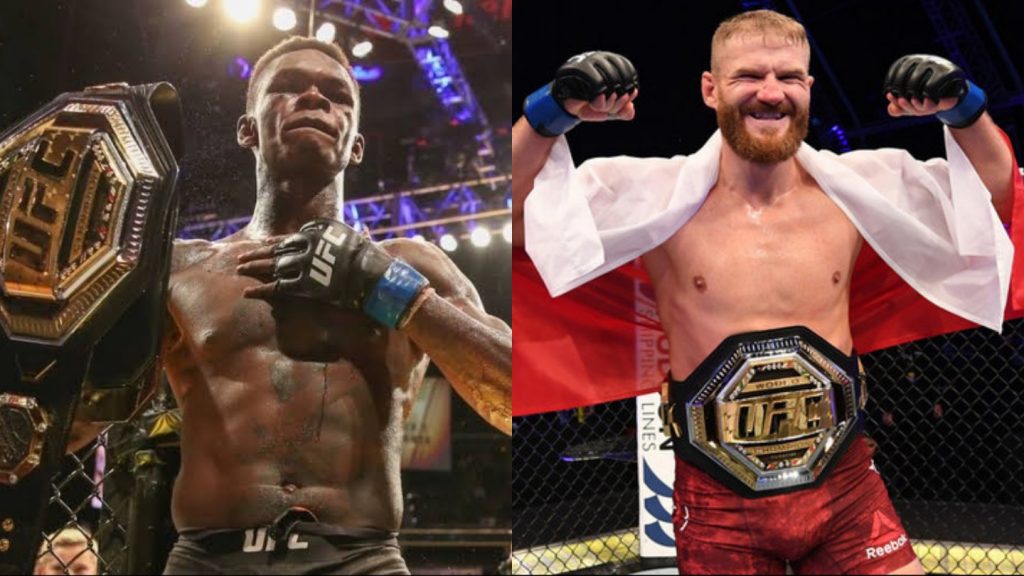 Israel Adesanya seems disinterested in running it back with Robert Whittaker. There’s no clear cut top contender at light-heavyweight. Will Adesanya vs Blachowicz be next?

All of that has the champ, Blachowicz searching elsewhere for an opponent.

Both ‘Stylebender’ and his coach Eugene Bareman have expressed their plans of moving up to 205lbs for his next bout. Bareman told 1 NEWS this in an interview earlier this month:

“[Jared] Cannonier was the option for this year but we’ve taken that option off the table,” Bareman explained. “Now we want to fight next year, and our preferred fight next year is at light heavyweight.”

Something is definitely brewing between the two champions.

Robert Whittaker has been calling his shot since defeating Cannonier convincingly at UFC 254. He’s the only viable option to challenge Adesanya at 185lbs. Jack Hermansson can make a good case if he defeats Darren Till, but that’s not until Dec. 5th.

I just don’t see Adesanya’s next fight being against Whittaker. ‘Stylebender’ is one who thinks of his fights as stories, and I don’t believe he views a rematch with Whittaker as compelling enough right now.

He’s stayed true to his word regarding not fighting Jon Jones just yet; making me believe he will not be Izzy’s next foe either.

Israel Adesanya vs Jan Blachowicz at 205lbs next spring is seeming more and more likely. I’m on board, sign me up for that one.