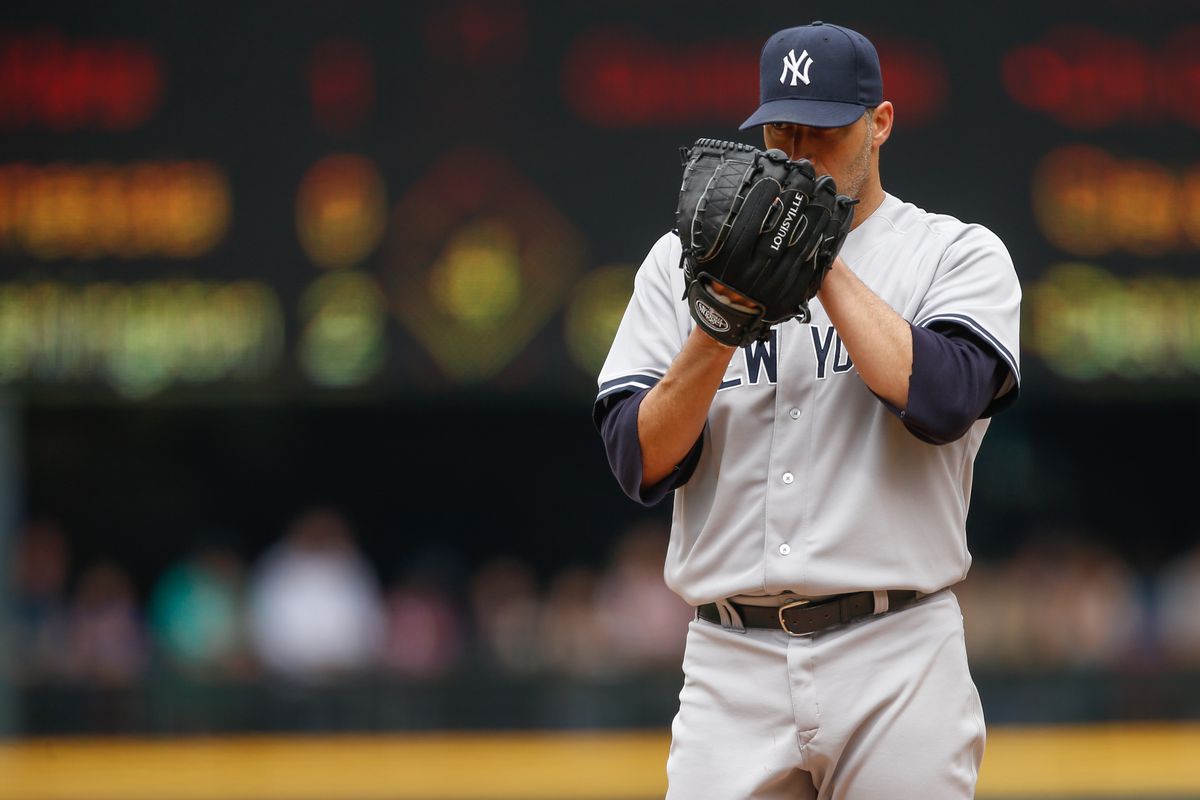 Five-time World Series Champion, the winningest pitcher in the postseason, New York Yankee, member of the Core Four, and PED user all define the baseball career of Andy Pettitte. The Louisiana-born left-hander has a polarizing Hall of Fame case. Pettitte represents a dying breed of pitchers with 3000+ IP and 250+ wins that held their own during the height of the Steroid Era. However, his regular-season statistics and PED scandal will turn away many HOF voters.

First, let’s look at how Pettitte can appeal to the BBWAA (Baseball Writers Association of America) writers. Pettitte began his MLB career in 1995 and is one of just two pitchers from 1995-2020 to accumulate 250+ wins and 3000+ IP during that span (the other one being CC Sabathia). The BBWAA loves round numbers, and that includes 250+ wins and 3000+ IP. Those two thresholds used to be the bare minimum for HOF consideration among the BBWAA, but because these thresholds are no longer attainable, 200+ wins and 2500+ IP may be considered the new standard.

Although the HOF tends to have an affinity for round numbers, they have a loose evaluation of players based upon their postseason performance. If a player performs terribly in the postseason, his HOF case will barely be affected. Nevertheless, if a player has success in the postseason, his HOF case will be positively affected. The HOF has followed this unwritten rule in the past as the postseason performances of borderline HOFs Bill Mazeroski (1960 World Series walk-off home run) and Jack Morris (1991 World Series Game 7 10-inning shutout) allowed them to be immortally enshrined in Cooperstown.

By this logic, Pettitte should receive a major boost for his postseason performance. Few players can boast a postseason resume such as Andy Pettitte who won all five World Series with the Core Four. He had 19 wins, and a 3.81 ERA in 276.1 IP in the postseason. Besides winning the 2001 ALCS MVP, Pettitte won a crucial Game 5 in the 1996 World Series as the Yankees took their first series lead and eventually won the World Series. He also won World Series-clinching wins for New York in 1998 and 2009. In short, Pettitte is one of the most legendary postseason pitchers of all-time.

Still, Pettitte is not close to being considered the best pitcher of his generation. He never won a Cy Young award, nor led his league in strikeouts, IP, or ERA. However, Pettitte had three top-5 finishes in the AL Cy Young award and one top-5 finish in the NL Cy Young award. This includes his magical 1996 season where Pettitte was second in the AL Cy Young voting while pacing MLB with 21 wins. Pettitte was a workhorse too as he had ten 200+ IP seasons, and led the Majors in games started three times. Thus, Pettitte will always be remembered for his durability and giving his team a chance to win ball games.

Nonetheless, Pettitte can be compared to HOF pitchers in his generation, including Mark Buehrle and Tim Hudson who are also on the 2021 ballot. Buehrle and Hudson are two pitchers that did not accumulate a lot of WAR but still logged 3000+ IP. Furthermore, the trio all won at least one World Series, had five or fewer All-Star selections, never won a Cy Young award, and on rare occasions led the league in a specific category. Interestingly enough, neither Buehrle nor Hudson amassed even 225 wins. As a result, a vote for Buehrle or Hudson should also be a vote for Pettitte.

Despite Pettitte’s career accolades, a lot is riding against him statistically. Pettitte’s career 3.85 ERA would be the highest of any pitcher in the HOF not named Jack Morris. Additionally, his 1.3507 WHIP would be the second-highest WHIP among all HOF pitchers (the first is Lefty Gomez). Lastly, his 60.1 bWAR would place him behind players that missed out on the Hall of Fame such as David Cone, Tommy John, Luis Tiant, and Kevin Brown. Even by JAWS, a stat often used by BBWAA writers that averages a player’s career bWAR and 7-year peak, Pettitte still trails borderline HOF cases such as Chuck Finley, Mark Buerhle, Frank Tanana, and Brett Saberhagen. Therefore, Pettitte’s regular-season numbers alone do not make him a Hall of Fame pitcher.

Consequently, Pettitte’s combined numbers during the regular season and postseason would be just enough to be enshrined in Cooperstown. Pettitte could be seen as a Jack Morris esque pitcher during his playing career. Someone who always provided for his team, especially on the biggest stage, but did not have the most HOF worthy regular-season numbers. Pettitte might have also followed a similar track record where he continues to gain more percent of the vote each year until eventually being let into the Hall by the Veterans Committee. Unfortunately,  this prediction fails to mention one major downside in Pettitte’s HOF case: performing-enhancing drugs.

A New York Post article once described Pettitte as the only pitcher to escape the stigma of PED. Indeed, Pettitte is one of the few players to readily admit and apologize for taking HGH, something that has been incredibly rare among PED users. Furthermore, Pettitte proclaimed he only took PEDs (specifically human growth hormone or HGH) in 2002 while rehabbing an elbow injury. Besides, it should be noted that Pettitte took PEDs three years before it was officially banned by MLB.

Coincidentally, the BBWAA has penalized every known PED user that has tried to make their way into the Hall. Even the best players ever to take PEDs such as Barry Bonds and Roger Clemens are not even locks for the Hall of Fame and are running out of time to be admitted by the BBWAA. As for every other PED user not named Bonds or Clemens (or potentially Alex Rodriguez next year), they have no chance at being immortalized in Cooperstown. Yet because Pettitte is truly a borderline HOF player, taking HGH will be the soul-crushing reason that he will not be admitted.

bWAR: Baseball Reference Wins Above Replacement. If a player has 0.1 bWAR they are worth 0.1 wins more than a replacement level player (0.0 bWAR). An average starting player that plays most of the season usually has a bWAR of 2.0.