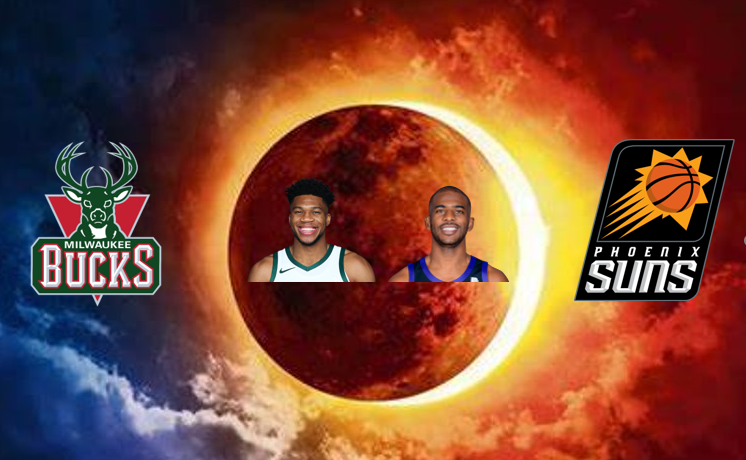 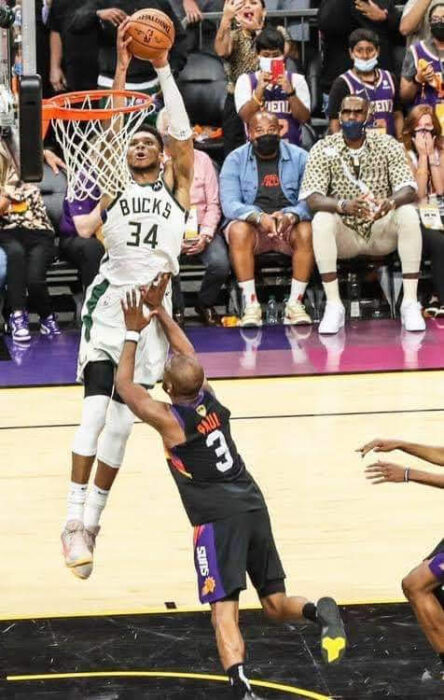 As Chris Paul watched Giannis Antetokuonmpo soar over him to catch the lob from Jrue Holiday while the final seconds of Game Five ticked away, you have to wonder if he saw what could be his legacy tick away as well.

After all, through the first two games in the newly named Footprint Center, Paul and the Phoenix Suns seemed in control of what looked to be a possible sweep of the Milwaukee Bucks in the 2021 NBA Finals.

Game Five was supposed to be Paul’s turn on the world stage – his defining moment in NBA history. Yet he was eclipsed by Antetokuonmpo … and has been for the last three games.

Going into tonight’s game, the team that was down 0-2 to the Suns, the team whose intestinal fortitude I openly questioned, and yes, the team I said couldn’t win four out of five, is about to do better than that – win four of four.

A sweep, if you will, of Games Three through Six.

Funny thing about brooms – they have two sides, and both work equally well.

I said Khris Middleton needed to hit a 40 point game if the Bucks were to compete in this series; he did, in Game Four. 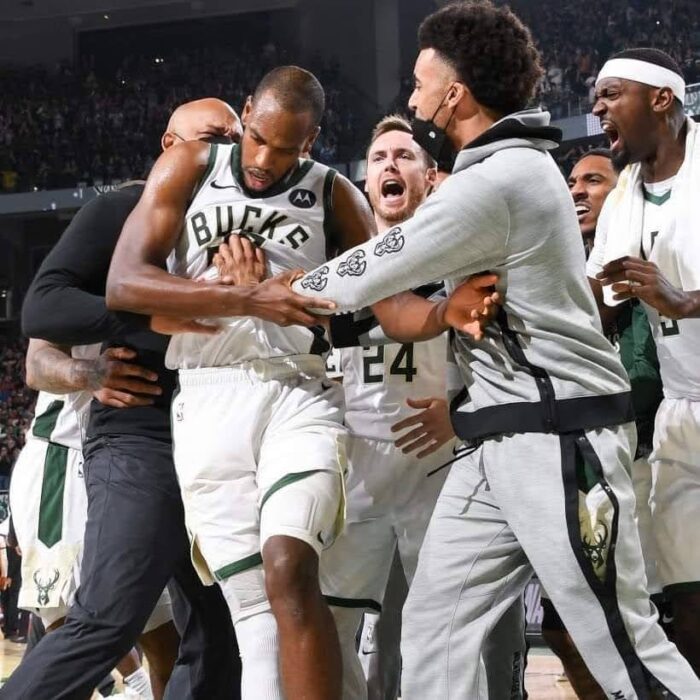 Holiday has stepped up offensively and defensively. PJ Tucker has evolved his defense in this series to be a better defender and solid contributor against the volatile Suns offense. And Pat Connaughton has been lights out from outside the arc.

What have the Suns done differently? Not a whole hell of a lot.

Cameron Payne has come down to earth, Deandre Ayton is less involved, and Mikal Bridges’ shot seems to have disappeared faster than a popsicle in the desert heat.

Devin Booker continues to iso, trying to ‘Be Legendary,’ but seems more to be forcing the issue, than leading his team. It’s one thing to wear Kobe Bryant’s shoes, but another to try and fill them. 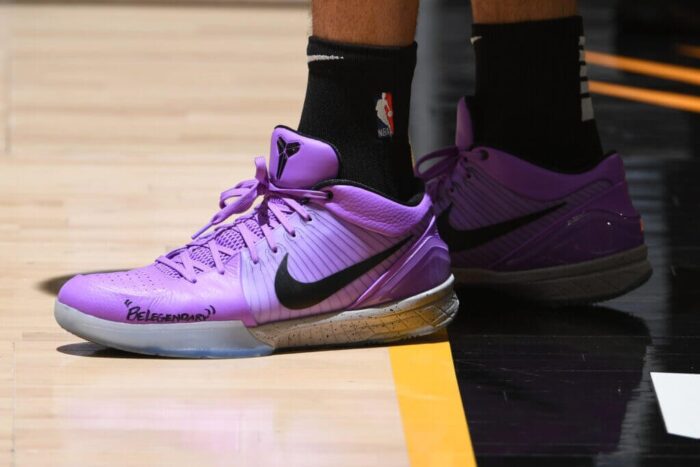 That’s a process that will take much longer than the next two games (Game Seven TBD).

And all of the Suns have fallen in love with the three-point shot, all of which the Bucks have figured out, which is why they – not the Suns – are on the brink of an NBA Championship.

The Suns are on the brink of setting in the Wisconsin horizon.

It’s a tough task to ask of Paul, who is essentially being depended upon to take everything he’s learned, adjust to the stage of his first-ever NBA Finals, and lead his team to a title in seven short games.

Don’t get me wrong – he’s capable. There are those that still believe he can do it. After all, William Hill’s Caesar’s Sportsbook, Paul was listed at +170 to win the NBA Finals MVP as the Finals tipped. Antetokuonmpo was +375 at the time, but may have jumped over Paul – twice – with that game-winning dunk on Saturday night.

How do you create a legacy, and not walk off like Karl Malone, John Stockton, or Charles Barkley? How do you carve your name on hearts, etch it into the minds of others who will share stories about you?

“All good men and women must take responsibility to create legacies that will take the next generation to a level that we can only imagine.” — Jim Rohn 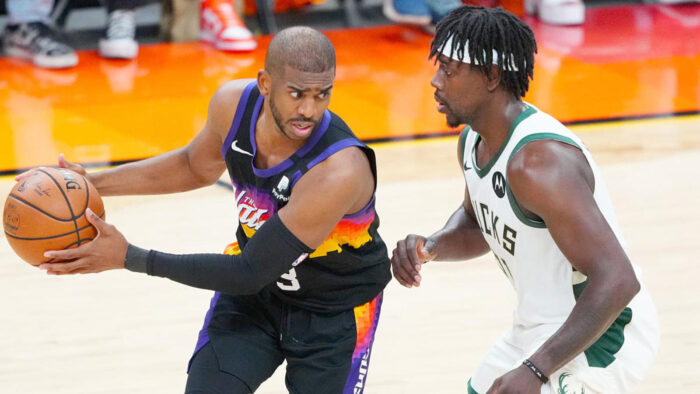 First, Chris Paul has to decide what kind of legacy he wants to create, or one will be created for him; the last three games have proven that. I’m sure he has long since done that since entering the NBA.

I personally remember that fresh faced kid at the 2005 NBA Summer League as I took his picture with J.R. Smith, who’d been drafted a year earlier by the New Orleans Hornets. He was on a mission then – they were going to be the next dynamic duo. (Too bad Smith had a penchant for falling asleep in Byron Scott’s team meetings).

But Paul was on a mission from Day One.

None of us know how long we’ll live, or play. Giannis Antetokuonmpo is testament to that, looking like he might never get up from the crumpled mess of a hyperextended knee. Now he’s on the verge of taking not only a ring, or the Larry O’Brien Trophy from Chris Paul, but the NBA Finals Most Valuable Player award as well. I’d say Antetokuonmpo decided on his legacy.

Antetokuonmpo hasn’t allowed himself to be distracted from his vision and mission, while Paul has gone downhill after scoring 32 points in Game One. He went for 23 in the second game in Phoenix, and only had 19 and 10 in the games played in Milwaukee. Game Five offered 21 points and 11 assists, but by then, Booker had taken over – much to the chagrin of the team and how the metrics never work on favor of a one-dimensional player or team. 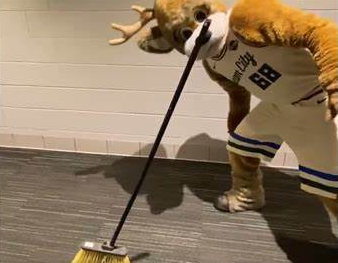 Legacy is all about service as well; in this case, Paul’s abilities to be an assist machine. Make his teammates better. We don’t know if Bridges, Payne, or Cam Johnson can consistently knock down critical shots if Paul’s go-to specialty is lobs to Ayton.

A legacy takes time, maybe can’t be done in this series. (Can’t be undone, either, if going down in flames is what Paul’s legacy becomes).

And we don’t know how much time we have left. Could be all the marbles tonight. #BucksInSix as the Deer District has been chanting since Phoenix’s 2-0 start.

Chris Paul is going to be asked a lot of him tonight. Pulled in a thousand different directions by fans, coaches, writers, and you know State Farm has to be salivating at a chance of having an NBA Champion in their ads.

He has to make the right choices. Do the right things. And, hopefully, create a powerful series of actions and plays that will give the Suns a seventh shot at this thing, and further cement a positive legacy that will fulfill his every dream since he started dribbling a basketball in a North Carolina driveway.

Like life, time is fleeting in the NBA Finals. We never know when it is going to be over. We never know if the Suns will rise again, or if they will set in the West for another off-season.

The answers to those questions are squarely on the shoulders of Christopher Emmanuel Paul.

It’s surely a heavier-than-expected burden, but one I’m sure he welcomes. It comes with the game, and Chris Paul knows that.

To further quote his teammate:  “Being able to deal with consequences … take the responsibility … that’s the true meaning of being a leader … “

Tonight – and if there is a Game Seven – Paul needs to have his best two games ever played, if the Suns are going to have a chance of Rallying the Valley in Phoenix and celebrating an NBA Championship for the first time ever.

If not, Paul and the Suns will be dust … and Chris Paul may see his chances and a legacy swept away with the wind, evaporating like a desert mirage. 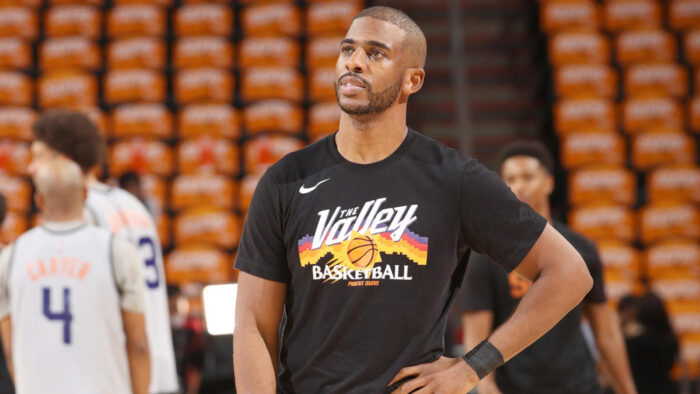